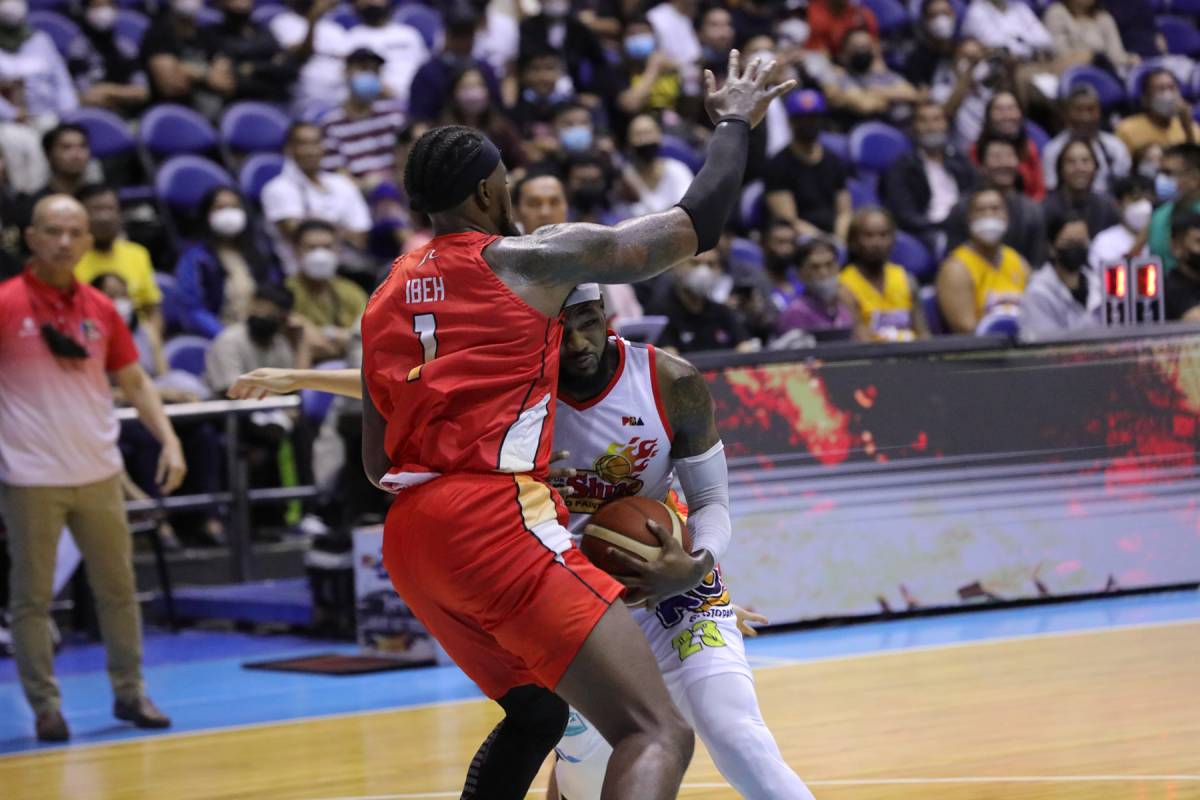 Rain or Shine head coach Yeng Guiao reiterated that the team is ‘constantly assessing’ matters in relation to Steve Taylor Jr.’s future with the team.

While glad to see the American deliver the 76-75 victory against NorthPort Friday, the straightforward mentor said that it is in no way a guarantee that he has secured his job as the Elasto Painters’ import for the Commissioner’s Cup.

“I do not want to say na his job is safe, or it’s a guaranteed slot for him. We are constantly reviewing and constantly assessing and evaluating,” he said during the postgame press conference at the SMART Araneta Coliseum.

Guiao called on Taylor Jr. to perform more after losing to the streaking Phoenix Super LPG last October 26, which brought them down to the ninth spot of the standings with, coincidentally, the Batang Pier with a 3-4 record.

The 29-year-old has been decent in the conference stats-wise, but only had 16 points in 37 minutes versus the Fuel Masters – that, after averaging 20.8 points in the five games he played prior. But he collected 19 rebounds.

Friday night saw him drop 20 again alongside 16 rebounds, a performance highlighted by endgame heroics where he nailed the go-ahead bucket with 18.3 seconds left before blocking Roi Sumang’s jumper on the other end.

It would’ve been much better had he iced the game right in his trip to the foul line with 5.6 ticks left instead of missing both, but RoS still came out victorious thanks to the offensive rebound of young gun Leonard Santilan.

Taylor Jr. did perform amidst the challenge but then again, he remains ‘under observation’ from the coaches and management, per Guiao.

Especially now that Rain or Shine has improved to 4-4 and is looking to make one final push for the playoffs in its last four games of the eliminations against Bay Area, Converge, Blackwater, and the postponed duel with Magnolia.

“Lalo ngayon, may chance kami. You have to look forward also to future competition, ‘no — paano siya magma-match up sa makakalaban pa namin.

“Apat na teams pa ‘yan e, kasunod nito. As much as he gave us the win today, I think they all know that they are under observation,” said the champion bench tactician. “Wala akong pwedeng sabihin na may guarantees.”