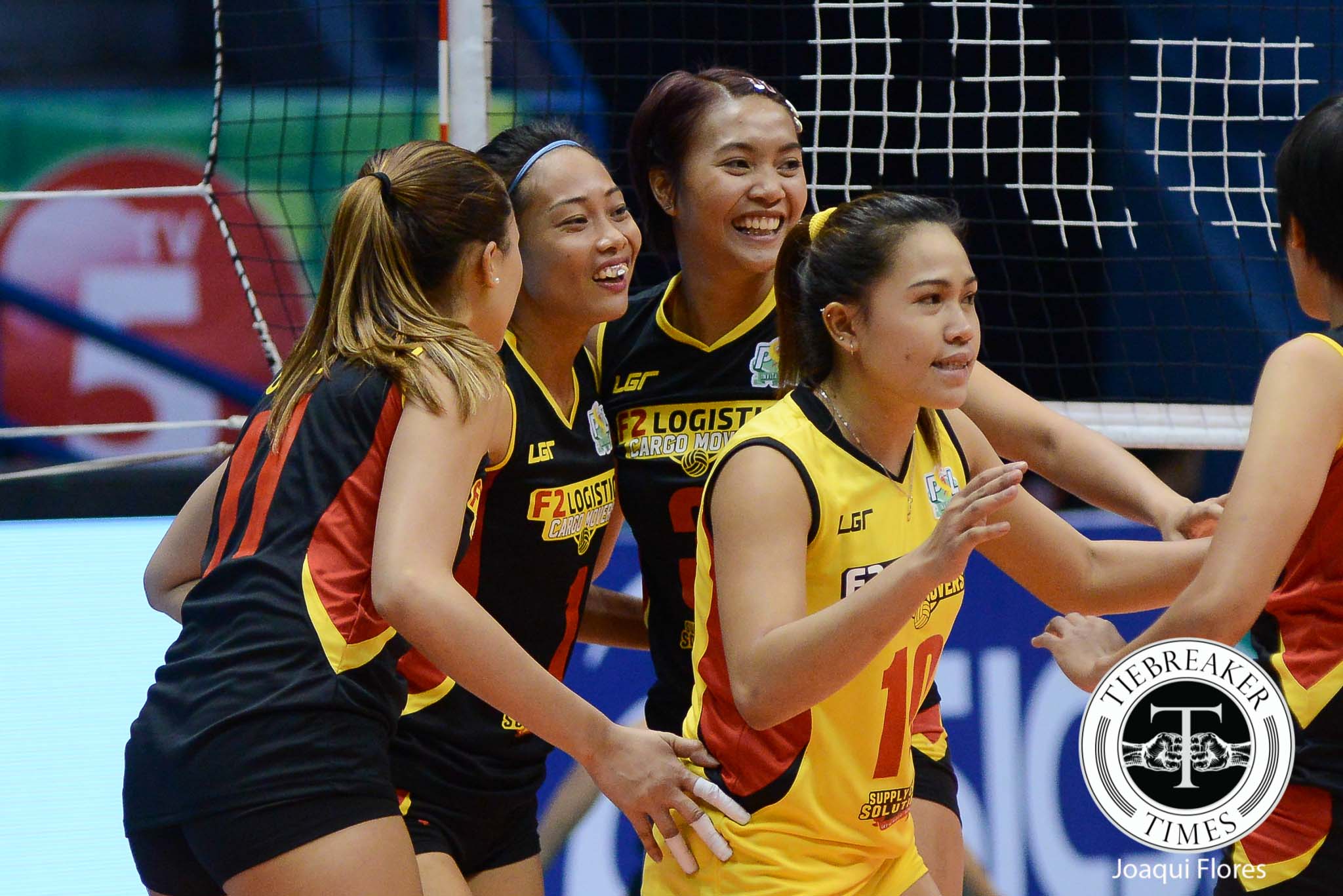 Last Wednesday at the Filoil Flying V Centre, Abigail Maraño was back in action in the 2016 Philippine Superliga Invitational Cup playing for her new team, the F2 Logistics Cargo Movers.

Despite playing for a new team, Maraño shared that her energy makes everyone play as one cohesive unit. Usually known for her animated reactions every time her team scores a point, Maraño’s energy burst greatly rubbed off on her team mates which made them play intensely.

Taking a further look at the stats, it was also a balanced team effort for F2 as Danika Gendrauli had 10 points, Pau Soriano and Lilet Mabbayad having 8, and Cha Cruz scoring 7.

Moreover, Maraño indicated that her transition in playing for a new team is made easier with her familiarity with former college teammate Cha Cruz. As evidenced by their on-court performance, it will only get better as they play further into the season.

READ  Arwind Santos confident he can get to 900 career blocks

Now, Maraño and F2 Logistics will have a big test ahead of them as they are set to face the RC Cola Philippine Army Lady Troopers, also one of her former club teams, this coming Saturday, 1:00 pm, at the Malolos Convention Center in Bulacan.

Compton says Dozier injury ‘enough to give (him) concern’