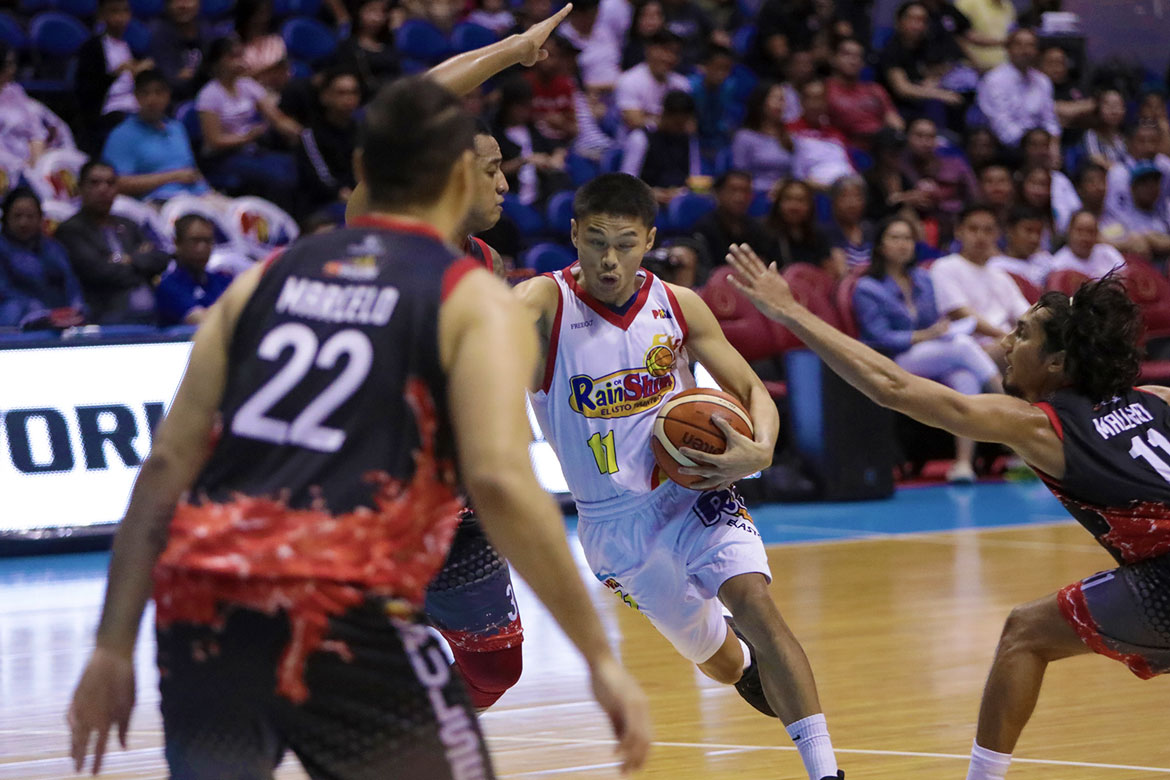 Acquired by Rain or Shine back in 2018 via a trade with the TNT KaTropa that involved Jericho Cruz, Rosales fired 16 points on 5-of-9 shooting to help his team earn a 98-94 overtime win over the Phoenix Pulse Fuel Masters.

Rosales and the Elasto Painters have ended the Fuel Masters’ franchise-best five-game winning streak, while extending their surge to four games to snatch the top spot of the 2019 PBA Philippine Cup standings.

Rain or Shine head coach Caloy Garcia and the voice of the team Beau Belga had nothing but praises for the 28-year-old.

“Today I think it was Kris Rosales who stepped up in the beginning,” lauded the seasoned mentor, as Rosales already had 11 markers in the first half.

“We needed fresh legs there because we’re coming off back-to-back games.”

Garcia is clearly elated with the way Rosales showed up in the quarterfinal-clinching win, considering that the former ABL import had gone through rough times like the knee injury that made him miss the majority of 2018.

“Well when we got him, we already knew that he can play. The only problem was his injury before,” said Garcia of Rosales, who was just averaging four points, one rebound, and one assist prior to his career-high tying performance.

“But slowly, we’re trying to give him more minutes, and today, like I said, he performed.”