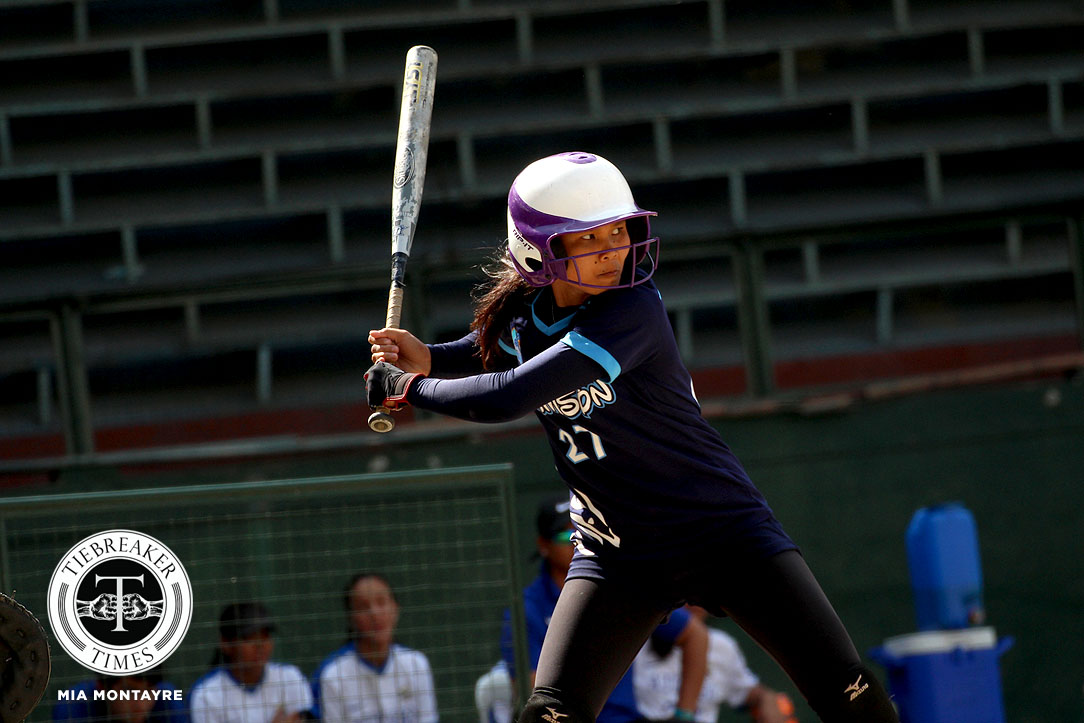 The game lasted for just about an hour with the top of the first inning taking the longest.

The top of the opening inning saw 17 Adamson batters at-bat as Kaira Ventosa and, later on, Nikki Borromeo get battered by the potent Lady Falcon offense.

The inning was highlighted by a three-run homer by Gelyn Lamata and was followed by a solo home run by Nicole Padasas that forced Ateneo head coach Joy Lasquite to retire Ventosa on the mound.

Lamata had four RBIs in the contest while Padasas had three.

Even Borromeo struggled to contain Adamson as seven batters connected on base hits against her. As the dust settled, Adamson was already up 13-0.

On the defensive end, Baby Jane Raro made her first start of the season, striking out three batters in two innings pitched. Arlyn Bautista closed out the game but gave up Ateneo’s sole run of the contest – a Mia Laurel single that brought home Angel Africa.

Adamson will have a well-rested Lyca Basa when it faces the UST Tiger Softbelles on Monday, February 26. Ateneo, on the other hand, takes on the UE Lady Warriors, the sole team they defeated last season, on the same day.