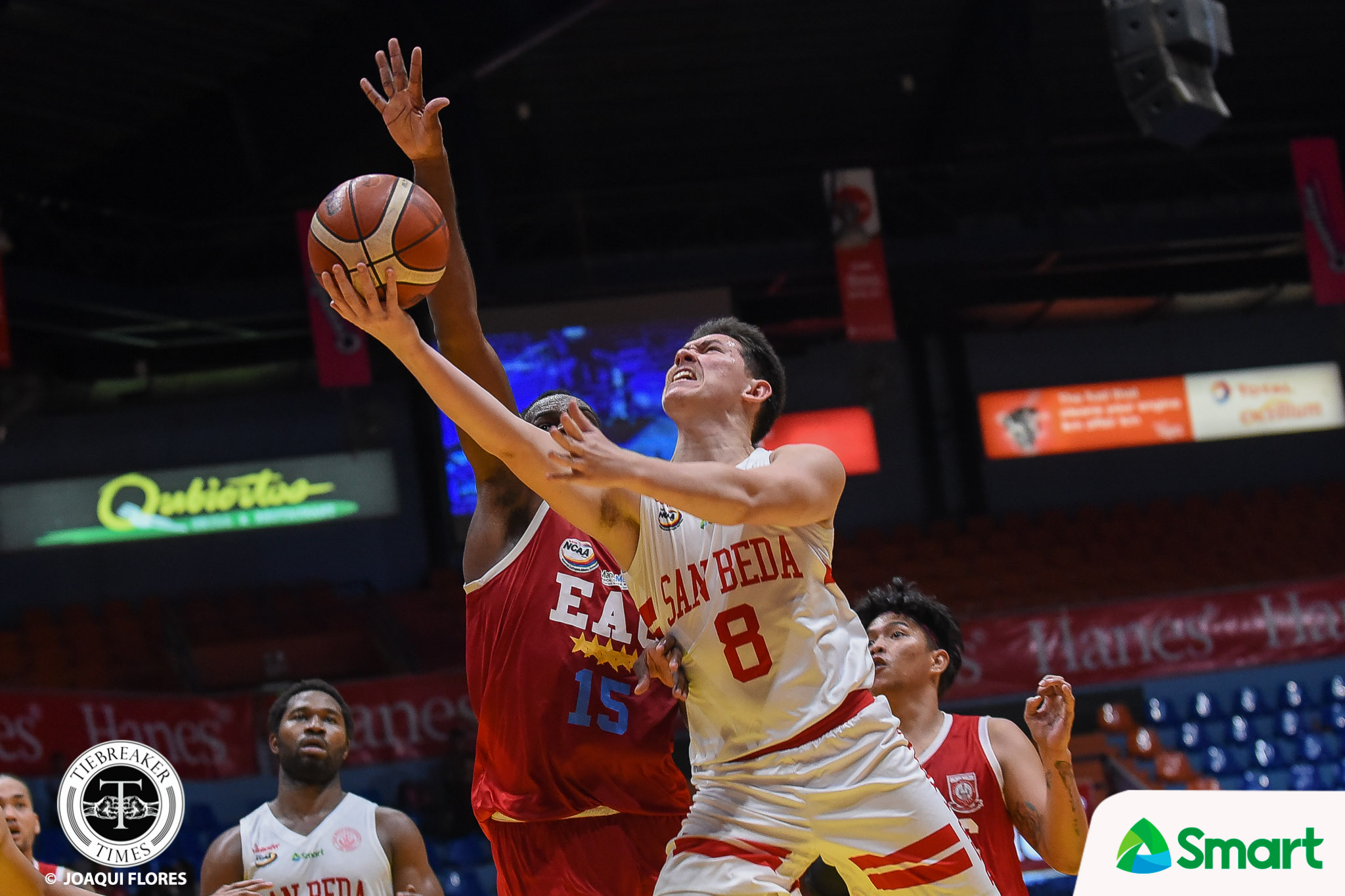 Ever since joining the NCAA back in Season 85, there is only one team the Emilio Aguinaldo College Generals have yet to beat in the Grand Old League: the San Beda College Red Lions.

Twenty games later, the result was still the same, as the defending champions dashed the Generals’ Final Four hopes with a 76-57 victory, Thursday afternoon at the Filoil Flying V Centre.

The winning margin of San Beda over San Sebastian is 22.8 points per game. And eight of the 20 wins have come under Boyet Fernandez.

After a slow first half, it was Robert Bolick who took charge for the Red Lions in the last 20 minutes of the game.

“I give credit to the players as they stepped up their defense in the second half,” added Fernandez.

The reigning Collegiate Player of the Year outscored the Generals all by himself in the third frame, 12-9, to give San Beda the lead for good. He finished with 20 points, 10 rebounds, and three steals.

San Beda’s lead would go to as high 19 points as the Red Lions extended their winning streak to six games and lift their slate to 12-1.

“We are happy that we got this win versus EAC. We started flat in the first half, they did a good job. I told them during the break that this game was character-building for us,” said Fernandez. “There’s no pressure for EAC but there is for us as we need to keep pace with Lyceum.”

Hamadou Laminou led EAC with 15 points and 10 rebounds but was forced to commit eight errors. JP Maguliano chipped in 12 points and nine boards.

The Generals dropped to 2-10. They are now eliminated from Final Four contention.

A look at San Beda’s dominance over EAC