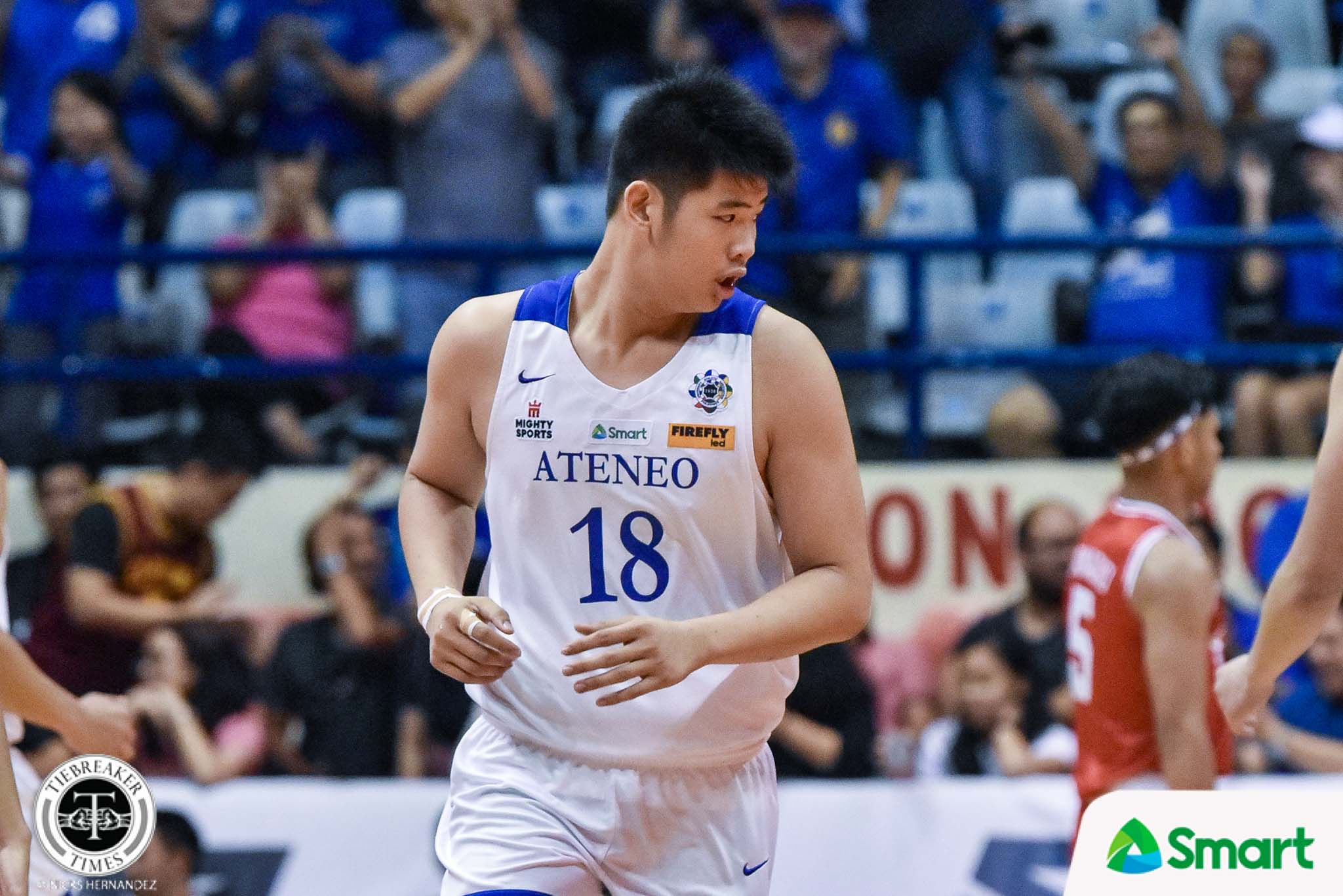 When the Ateneo Blue Eagles amassed a huge cushion away from the UE Red Warriors, head coach Tab Baldwin opted to shuffle his boys, put in third-stringers, and try various combinations.

And Go knew that Chiu was ready for that moment.

“It’s great. I mean, we know that they put in the work in practice. They work as hard as us, as long as us. We want to give them the chance. They deserve the opportunity to play,” said Go, who had 13 points built on three triples in the game.

“We haven’t given them enough chances this year, so when there are times we get them out there, it’s really fun for everybody, really great for everybody.”

And parallels can be drawn for Go and Chiu.

But turning serious, Go insisted that he and his teammate are still unique. He feels that the neophyte is a more impressive player than him compared to when he started out in the UAAP. 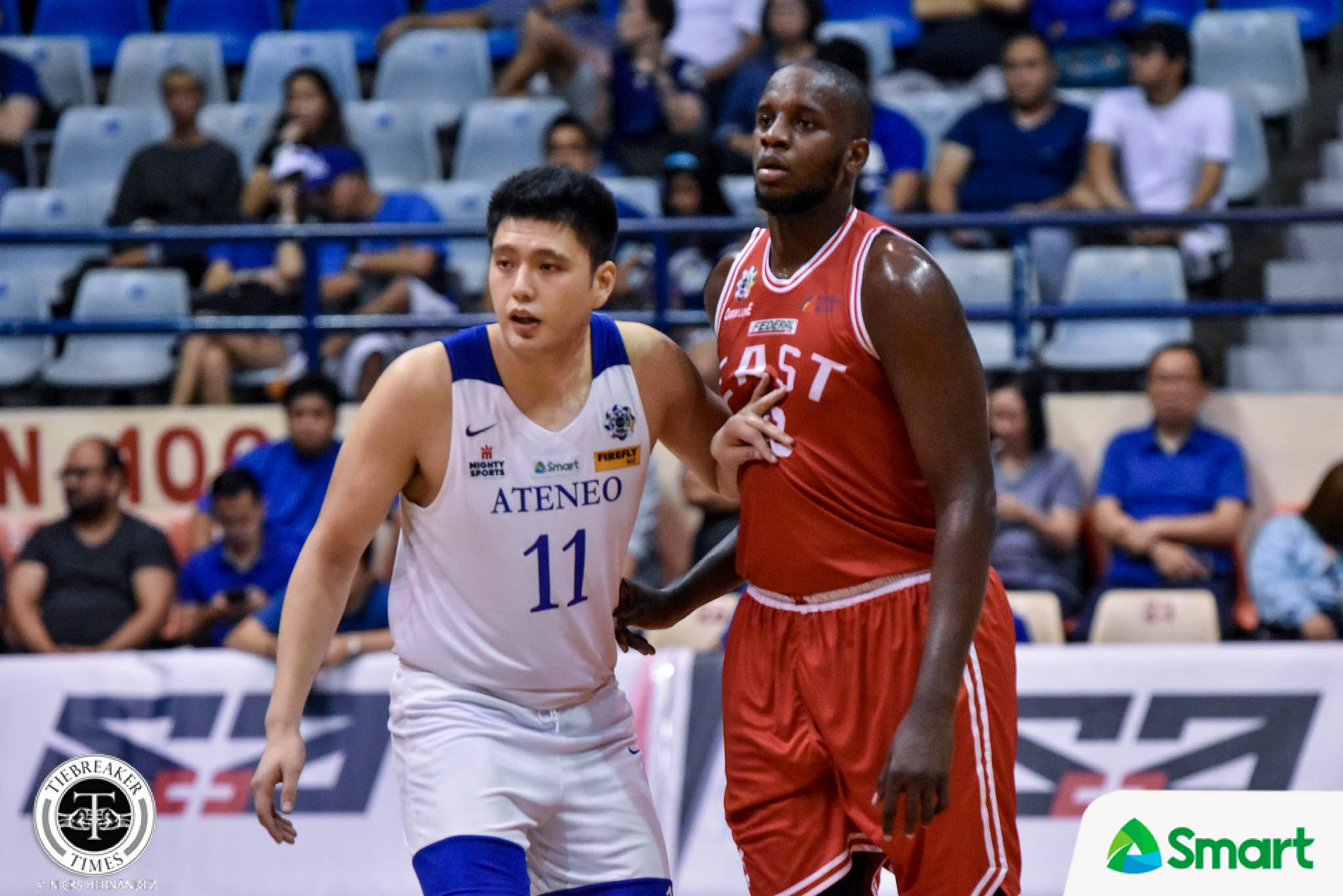 “But I guess, a little bit (similar) because he’s a big man, and the transition of a big man from high school to college is a lot more difficult, especially now you’re going against Ange (Kouame), (Alex) Diakhite, Bright (Akhuetie),” explained the 2019 PBA D-League MVP, who like Chiu stands at 6-foot-8.

Go has come a long way from being a bench-warmer to being a key cog in the Blue Eagles’ rotation under Baldwin. He knows more than most that adjusting from juniors basketball to the seniors level is a tough task.

During his rookie year back in Season 78, Go, who is a product of Xavier School, only played in seven games, averaging 5.5 minutes per contest. Same with Ateneo lifer Chiu, who has only played in five of Ateneo’s 12 games so far. 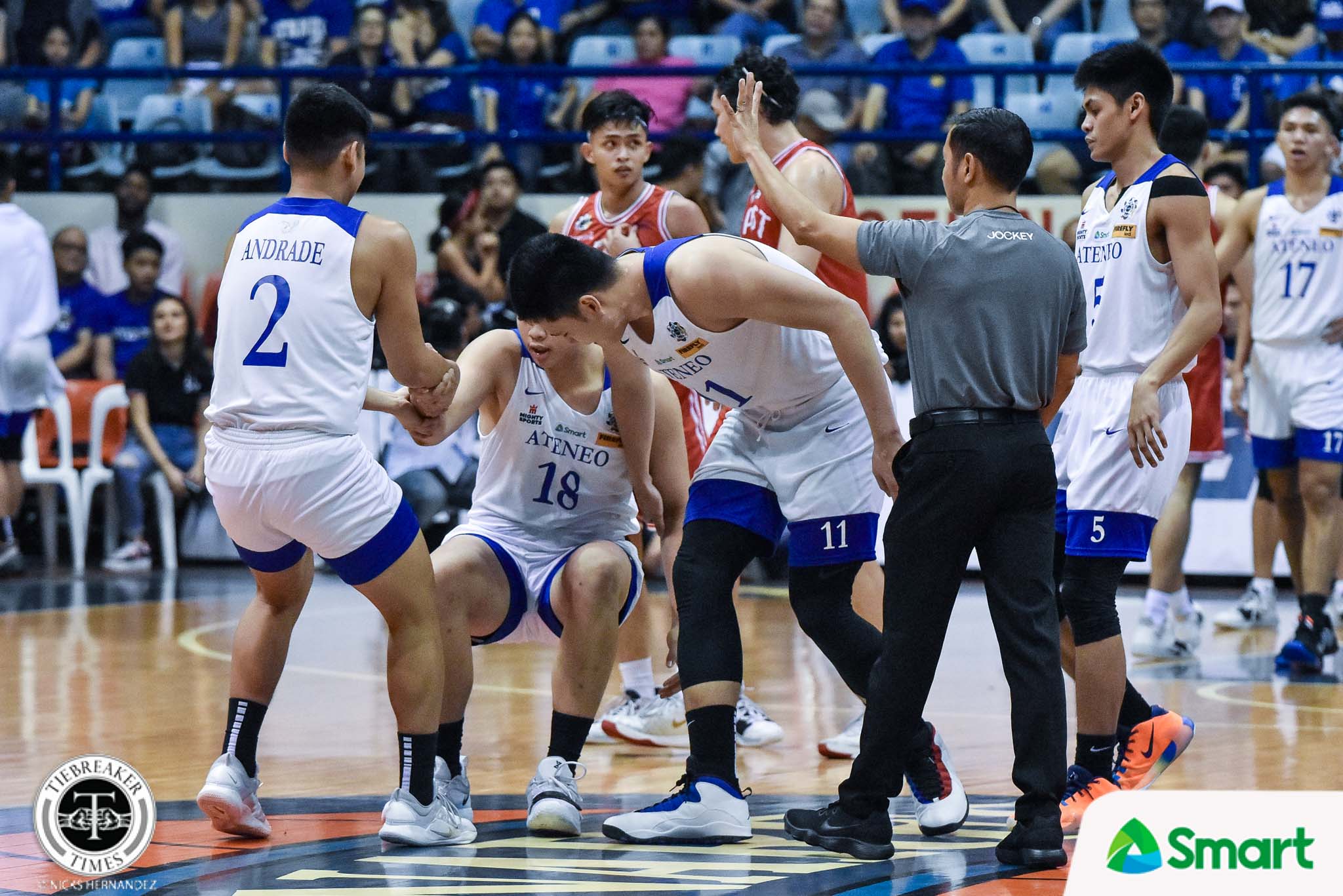 “I see the struggles he goes through.

“Sometimes he feels he’s overpowered by some of these guys. Sometimes… There’s not a lot really because he’s a really good player. He’s really smart and he’s gonna be a really great player,” admitted Go.

For Go, Chiu’s enlistment for national team duty in various international tournaments can only bode well for the latter’s development. Considering the influx of tall foreign student-athletes in collegiate scene, donning the Pilipinas jersey is a step in the right direction for the Season 80 Juniors champion.

“He’s got great experience. He’s played in the World Cup, under-18 or under-21 World Cup, which I didn’t get personally but really late,” said Go, who is part of the 23 for 2023 Gilas Cadets pool. “There’s very minimal we can relate to.

“It’s just more encouraging, getting him psyched up (and) mentally focused. Aside from that, he’s a really good player. He’s really good.”

Chiu still has a long way to go before he can seize a key role in the Ateneo rotation. However, that is simply part of the process towards the future, which has Go very excited.

“All I know is that a tandem of Ange and Geo in four years or in two, three years, that’s gonna be tough to stop for anybody in the league.