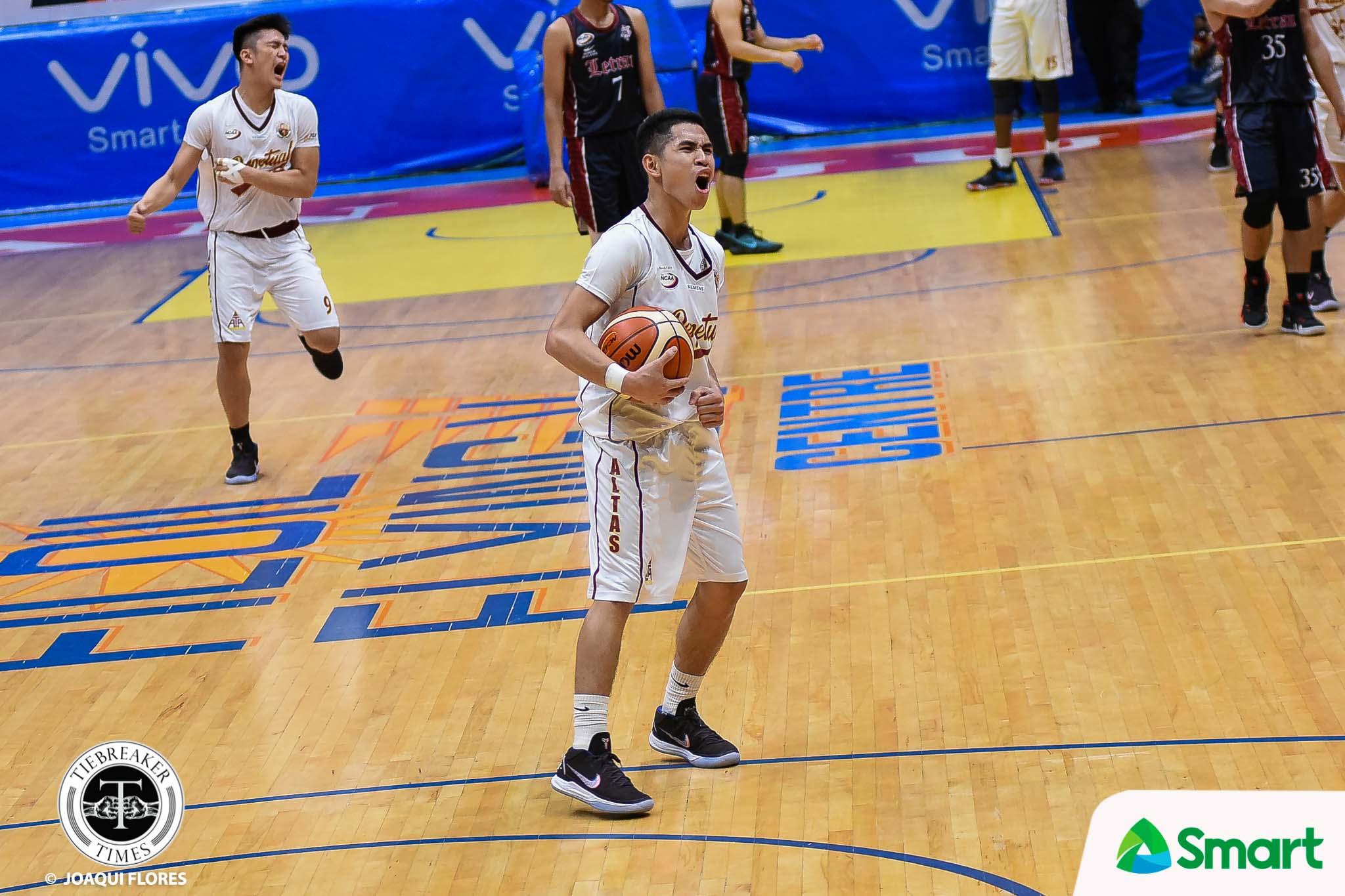 Coming into the season, much has been noted about the major off-season acquisition of Colegio de San Juan de Letran. The only major move that the University of Perpetual Help System DALTA made was tapping the services of Frankie Lim.

But the Altas are showing that that is the only move they needed.

After keeping close with the San Beda Red Lions last Saturday, the Altas were able to hold on this time around, stunning the Knights, 78-75, to even their slate in the NCAA Season 93 Seniors Basketball Tournament, Friday evening.

“It’s all about finishing games and closing out,” said first-year Perpetual head coach Frankie Lim. “My guys coming off the bench like Rommel [Mangalino], [Rey] Peralta, Jasper Cuevas, and Jelo [Razon] helped us a a lot especially nung four fouls si [Edgar] Charcos. They came out to play and they showed up.”

Though battling foul trouble the entire game, transferee Edgar Charcos was still able to put up a game-high 27 points on 9-of-12 shooting. Rookie Jelo Razon added 13 points and seven rebounds.

“Charcos had a good game but he had four fouls. Masyado siya naging agresibo kanina,” Lim remarked about his ace guard.

And the two proved to be instrumental when Letran were able to get their groove.

Behind JP Calvo, the Knights were able to start the final frame with a 12-5 spurt to gain a 73-65 lead. Facing a huge deficit, the Altas rallied around each other.

Perpetual’s stubborn press shackled Letran in the final seven minutes of the game, limiting them to just two points.

A three-point play by Razon knotted things up, while Charcos and Kim Aurin were able to give Perpetual a four-point cushion with 1:35 remaining.

Jeo Ambohot kept Letran within striking distance with a basket. However, Prince Eze swatted away JP Calvo’s attempt that led to free throws for Charcos. But the former UE Red Warrior split his freebies with 13.2 ticks left.

“When we were up by three points, all I asked is to make a stop and get the rebound,” recalled Lim.

Being Letran’s main guy, Quinto went for a drive but  Eze blocked his attempt. Calvo was able to recover the ball, but it slipped away from him, resulting in a Charcos steal as time expired.

AJ Coronel and Aurin had 12 and 10 points respectively. Eze, though limited to just seven points, gobbled down 15 rebounds while tallying six swats.

Quinto and Calvo paced Letran with 15 and 14 points respectively. The two however combined for eight of the Knights’ 17 errors.

Perpetual look to build on this win when they take on the Arellano Chiefs on Tuesday, July 17. Letran, on the other hand, face the Mapua Cardinals on the same day inside the Filoil Flying V Centre.