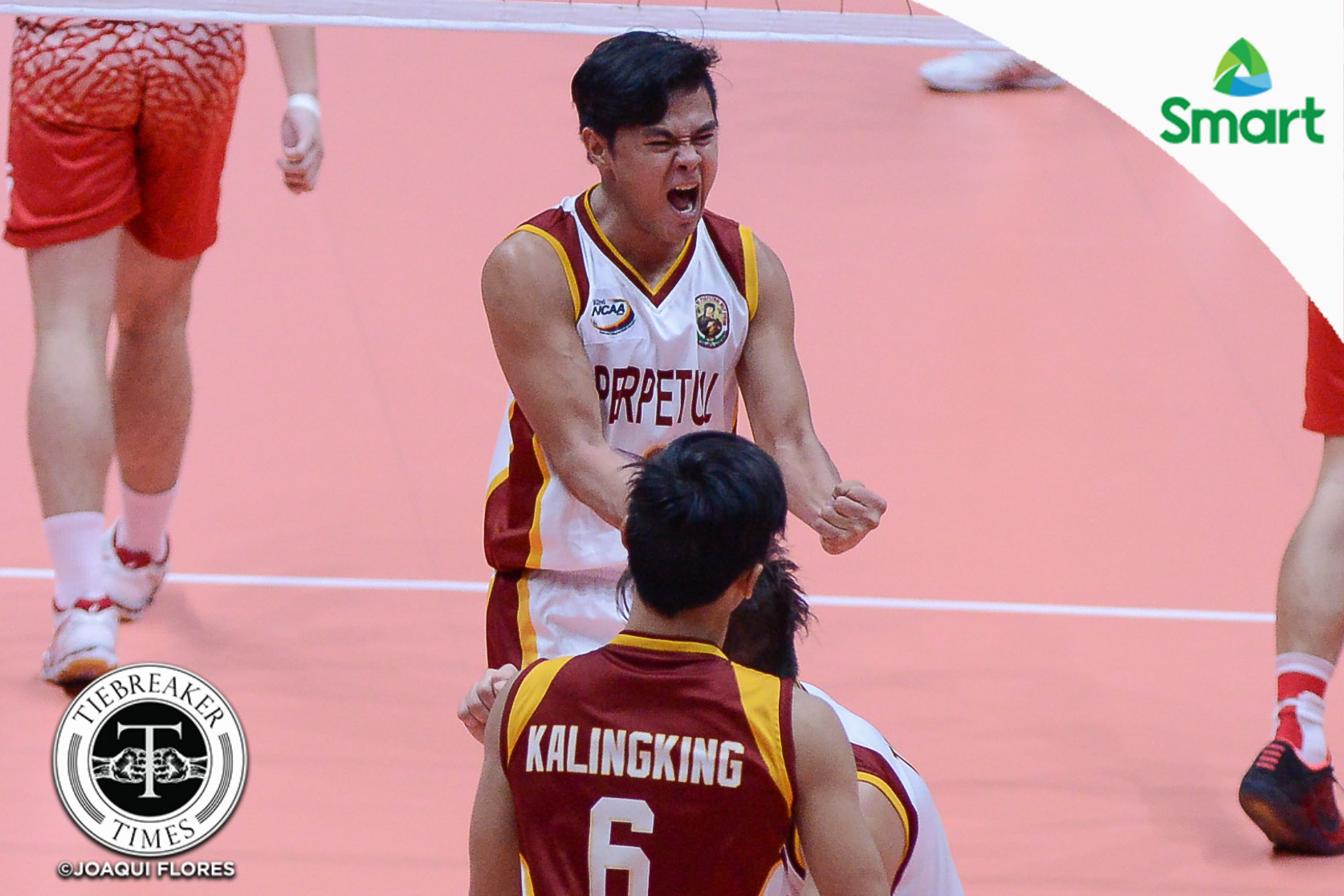 It all boils down to the heart, if you want to get to the championship

These words of coach Sammy Acaylar summed up how the defending champions University of Perpetual Help System-DALTA Altas were able to carve out a huge come-from-behind victory over the resilient San Beda College Red Spikers in five sets, 18-25, 18-25, 25-20, 25-17, 15-11, Tuesday morning at the FilOil Flying V Centre.

It was a rough start for the defending champions as San Beda pounced on their reception problems in the first two sets.

Without proper first ball, the Altas could not get their percentage attackers to work, giving the Red Spikers some room to convert on transition.

Season 91’s Best Setter JC Desuyo, thus, put to good use his spikers Adrian Viray, Mark Enciso, and Limuel Patenio to pull off the set wins for the Mendiola-based squad. On the other hand, the Las Piñas side just commited too many errors.

Nonetheless, the Altas are not the defending champions for nothing.

Coach Acaylar just reminded his wards to remain focused to still get this win.

However, with such calibre of players, there is nothing impossible for the defending champions.

Playing more composed and effective this time, the reigning champions just did everything better in the third set. The position switch of Taneo Jr. and Esmail Kasim, notwithstanding, even worked to Perpetual’s advantage.

The pin hitter thus pulled off everything in his bag of tricks to lead the Altas to the third and fourth frames. Perpetual followed his lead and forced the match into a deciding set.

Taneo Jr. was just unstoppable up to the deciding fifth, before skipper Manuel Doliente put the Altas up 10-8. That break was enough for the maroon-shirts to eventually close out the match and seal their fifth straight Finals appearance.

Top Best Outside Hitter candidate Viray finish the match with 21 markers to pace the Red Spikers.

The defending champions now await the winner of the CSB Blazers-Arellano Chiefs series.