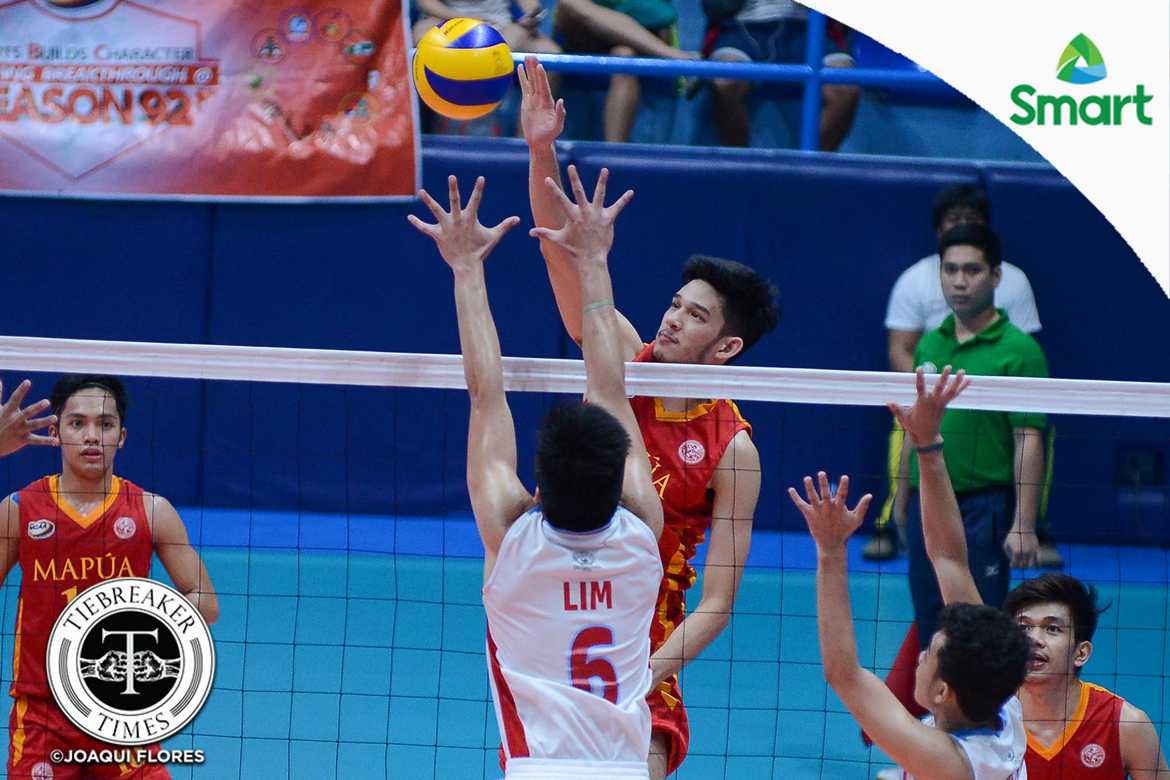 The Mapua Institute of Technology Cardinals bounced back from a third-set slump and upended the Emilio Aguinaldo College Generals, 25-21, 25-22, 14-25, 25-15, to keep their Final Four hopes alive, Friday morning at the FilOil Flying V Centre.

Team captain Anjo Pertierra lifted the Cardinals, who are seeking their first semifinals appearance in 19 years, with 16 points, off 10 attacks, three blocks, and three service aces.

Mapua’s leading scorer Alfred Pagulong was limited to eight markers in the match, but more than made up for it on defense with 19 excellent receptions.

The two teams fought toe-to-toe in the first two sets, with Zedrick Cilocilo leading the charge for the embattled Generals. But with Pertierra and fellow middle hitter Samyr Navera clicking, the Cardinals pulled through to get the 2-0 advantage.

It was the Generals’ turn to unleash their middle plays in the third set. Skipper Cedrick Rasing and Paolo Lim poured in their combined 16 points as their running and quick attacks left Mapua struggling.

However, the Cardinals leaned on their consistency in the end to take the fourth set and consequently pocket their fifth win.

#ReadMore  Meneses does not want JRU to file protest

The pivotal match-up between the Cardinals (5-3) and the San Beda College Red Spikers (6-2) is scheduled on Friday, January 20. While the Generals (0-8) will try to end their season with a win when they battle the Letran Knights (1-6) on Monday, January 23.