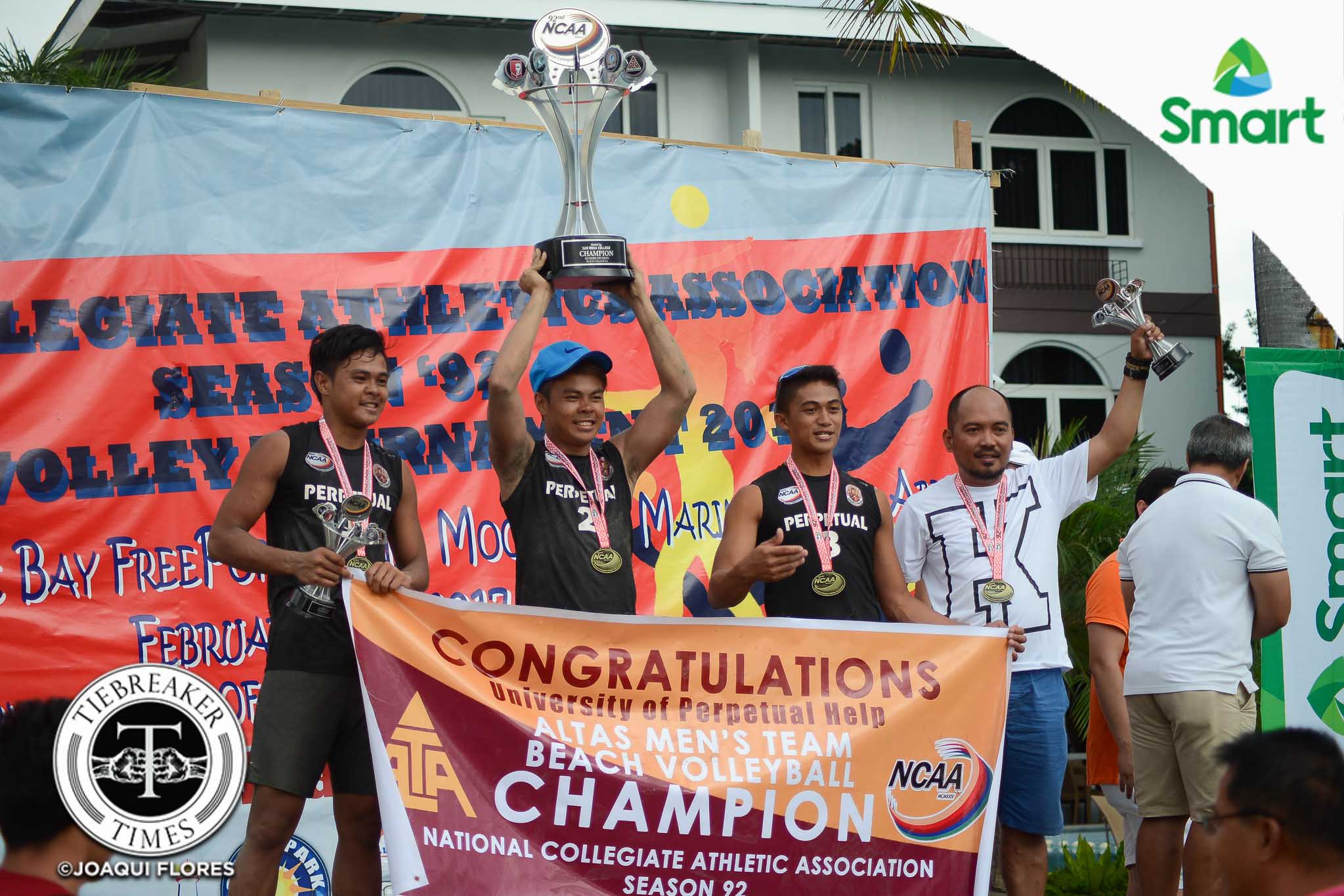 They gave it their all, and the reward was gold.

Needing to use up their twice-to-beat advantage, Rey and Relan Taneo of the University of Perpetual Help System DALTA Altas have finally secured their first NCAA Men’s Beach Volleyball Championship with a hard-fought 21-16, 20-22, 17-15 win over Joeward Presnede and Jhonel Badua of the Lyceum of the Philippines University Pirates, held at the sands of the Subic Park Hotel in the Subic Bay Freeport Zone.

The Altas dropped their match of championship series against the pair of Jhonel Badua and Joeward Presnede with a 15-21, 21-16, 15-13 loss. After they made their in-game adjustments in their second match, LPU proved to be a tough opponent, and the Taneo brothers needed to use all their tricks in the bag to secure the title.

But above else, the brothers from Liloan, Cebu said that this maiden title became more special because of their parents’ wish when they were younger. They said that it was their parents’ dream to win in volleyball leagues but they had come up short.