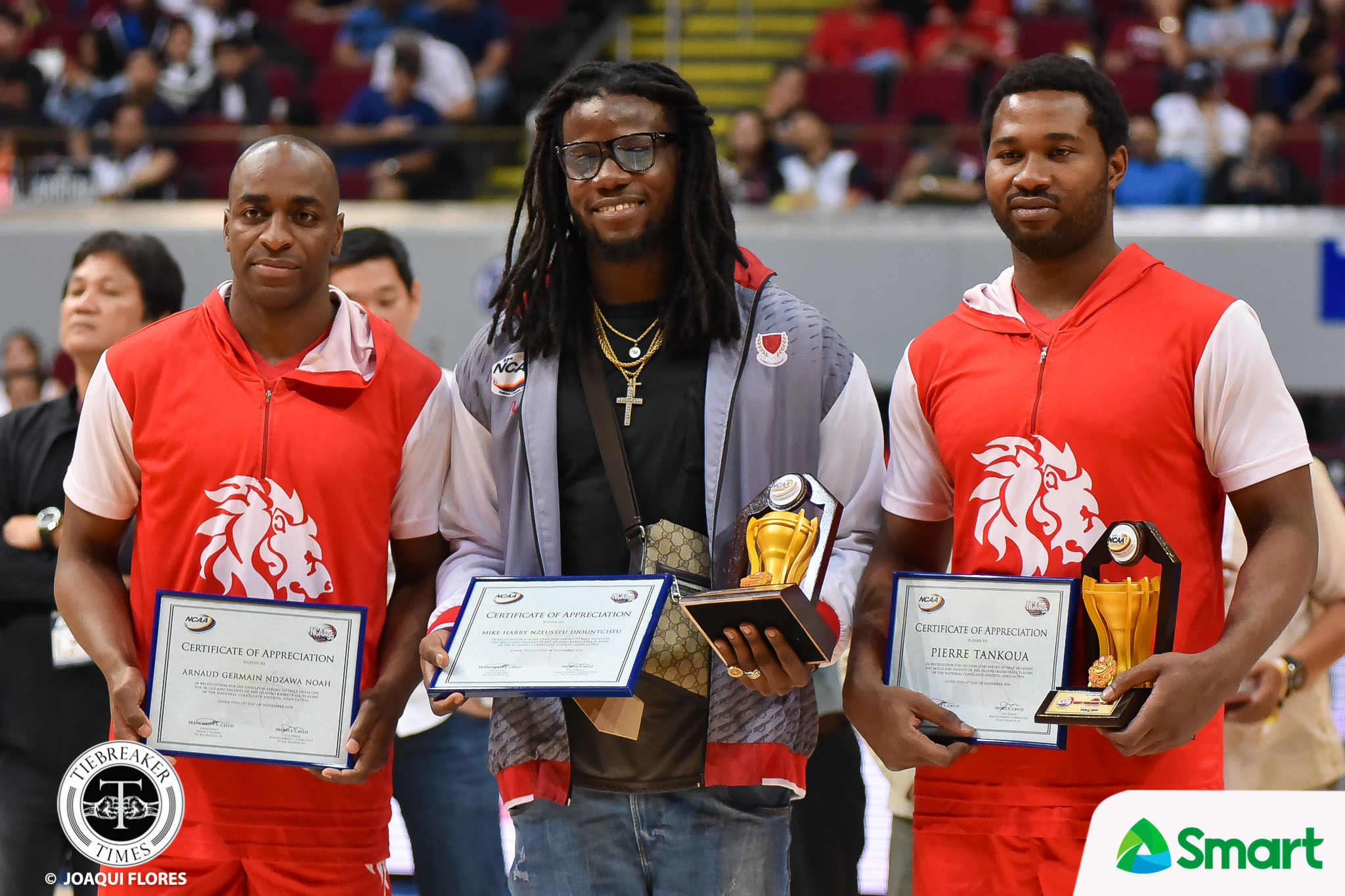 There will be no change in the National Collegiate Athletic Association’s decision to bar foreign student-athletes for its 96th season.

During Tuesday’s session of the PSA Forum, Season 96 Management Committee chairman Fr. Vic Calvo, OP of Letran continued to stress that having foreigners does more damage to the development of locals rather than good.

“As of the moment, majority of the NCAA schools agree na mas maraming negative na nadudulot ‘yung presence ng import,” he said during the online session powered by SMART and presented by San Miguel Corp., Go For Gold, Amelie Hotel, Braska Restaurant, and the Philippine Amusement and Gaming Corporation (PAGCOR).

Prior to the start of the Season 93, the Grand Old League’s Management Committee voted to ban FSAs from its competitions starting Season 96. It was approved by the Policy Board.

In an awkward moment during the NCAA Season 95 Seniors Basketball championship individual awards ceremony, Tankoua, Noah, Nzeusseu, and Leutcheu received a “Certificate of Appreciation”, with Nzeusseu winning the first-ever “Best Import” award the league has ever given.

READ  Racela on FEU loss: 'I think the referees took out our aggressiveness'

“Don’t get us wrong — we would like to thank the foreign players for being able to train and teach our Filipino guys how to play against bigger and heftier foreign players, and we thank them for that,” expressed Season 95 chairman Peter Cayco.

“But as of this moment, the majority support the idea of having all-Filipino.”

Out From The Box: Learning as a Life-Long Investment — even for coaches