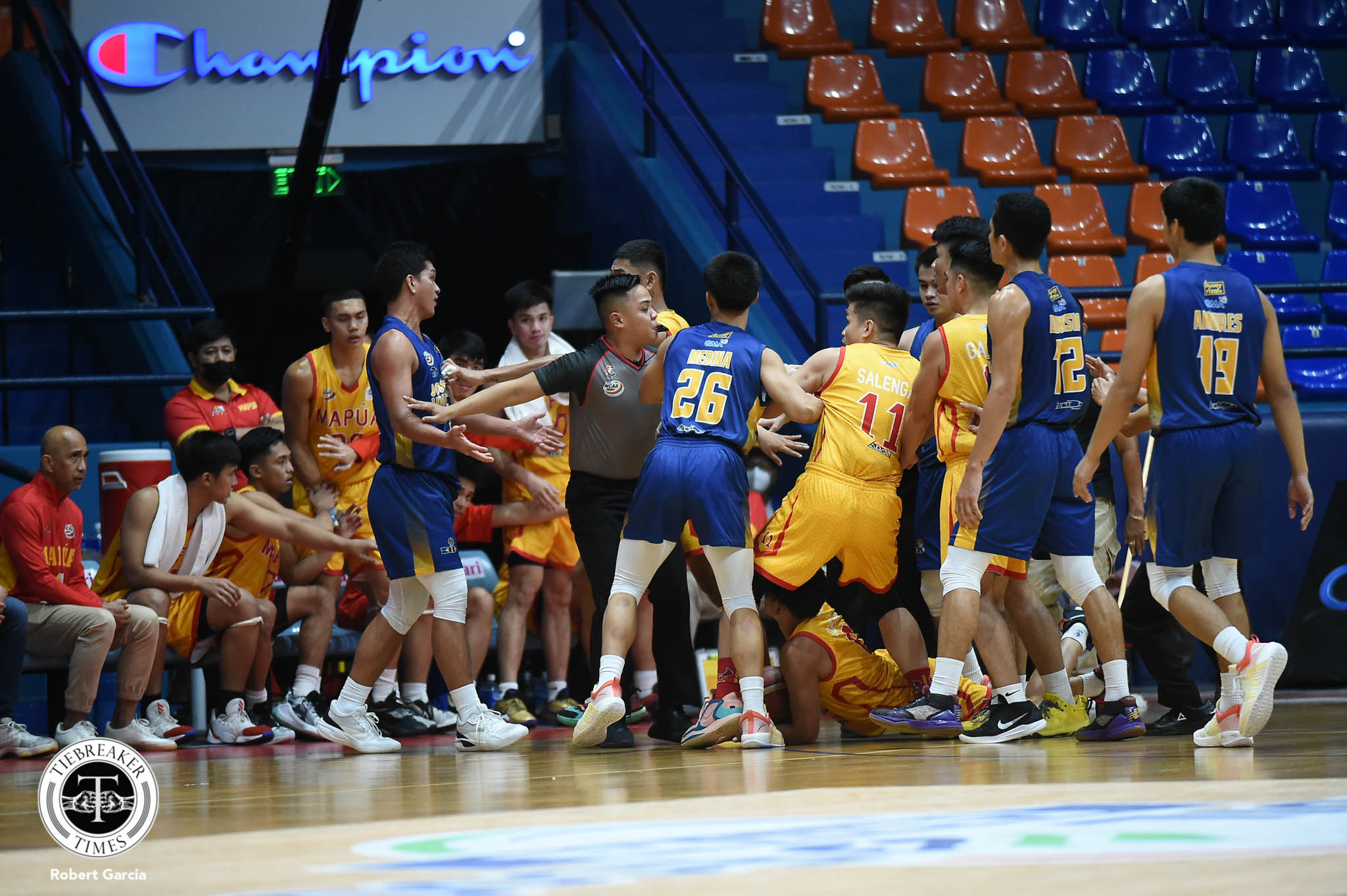 Juaqui Garcia powered Mapua University in the fourth quarter to down Jose Rizal University, 74-49, in the NCAA Season 98 Seniors Basketball Tournament on Wednesday at the FilOil EcoOil Centre in San Juan City.

Garcia scored eight of his 17 points in the fourth quarter on 62.5-percent shooting beyond the arc. He also had two rebounds and two assists.

The lead grew to as many as 25 points in the match. Brian Lacap ended the game with a buzzer-beating trey.

With JRU down by eight, 31-39, in the third quarter, Marwin Dionisio cut the deficit to six with a jumper at the 7:29 mark. However, that was the closest the Heavy Bombers could get.

From there, the Cardinals dominated the third period – leading by as many as 14 points, 51-37, following a Garcia triple off a Marc Cuenco assist with 2:55 left in the third period.

A near-scuffle then happened with 2:36 left in the third period. Cuenco was on the floor to steal the ball from Joshua Guiab, before starting to kick away John Amores.

Jonathan Media paced the Heavy Bombers with 15 points on 5-of-8 shooting from the field, along with five rebounds, an assist, and a block. Dionisio scored 12 markers, seven rebounds, two assists, and a block.

The Cardinals improved to 5-9. On the other hand, the Heavy Bombers (5-5) remain winless since their comeback from health and safety protocols.

Mapua will have a one-week break and will be back against Arellano University on Wednesday, 12:00 NN. JRU will look to snap its losing streak against Emilio Aguinaldo College on Friday, also at 12:00 NN.