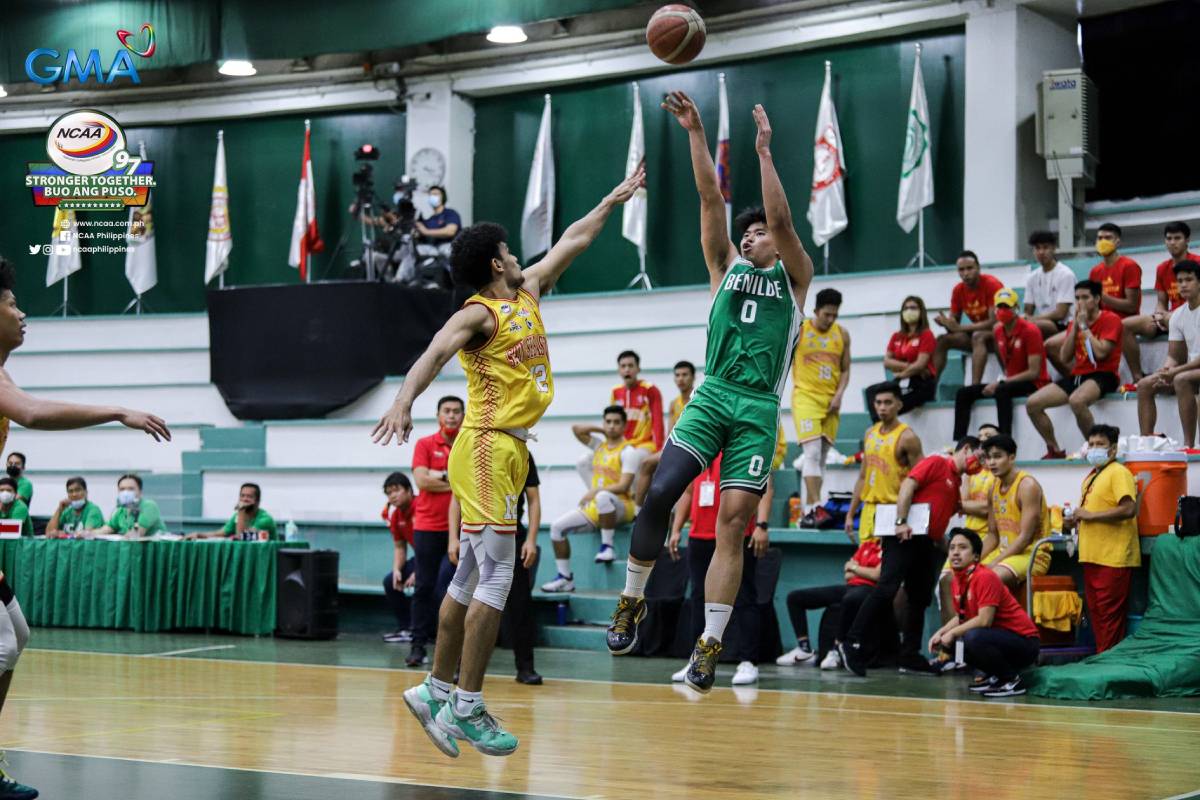 Crucial is the win as the Blazers rose to 5-3 in the standings to stay at solo fourth.

And Saint Benilde needed a big defensive stand in the crunch.

Down two early in the final period, the Blazers turned it around off an 11-2 run ending with back-to-back baskets for Will Gozum and AJ Benson to post a seven-point lead at 63-56 with 3:15 remaining in the game.

Prince Carlos then put the game beyond reach just below two minutes remaining with a booming triple for a 10-point lead, 66-56.

Gozum ended with an all-around performance of 18 points, 12 rebounds, four blocks, three steals, and an assist. Meanwhile, Carlos scored all of his nine points — including that dagger three — in the second half to add to his three rebounds, one assist, and one steal.

The Stags were limited to a field goal for seven minutes of the game with an Ichie Altamirano trey before Rommel Calahat cut down the deficit to eight, 60-68, but that long drought spelled doom for the squad and the Blazers snapped their losing skid.

“It was a good game. I thought we actually defended pretty well, one of our better defensive games this season so I’m happy with how the players responded and bounced back,” CSB head coach Charles Tiu commended that defensive effort in the payoff period en route to the win.

He said, “They did much better today. I can say, for once, I’m actually happy with the performance because Baste is a very good team. No joke, they are a really good team.”

Robi Nayve came to life in this game, scattering his 17 points throughout the match including a triple in that crucial run, and added four boards, three assists, and one steal. Miguel Corteza and AJ Benson combined for an additional 26 points and 14 rebounds for the Blazers.

Calma exploded for 25 points and 10 rebounds but was in foul trouble for much of the fourth period. Calahat chipped in eight markers, six boards, and an assist, while Ken Villapando grabbed seven boards, six points, two assists, two steals, and a block, but it was not enough to save San Sebastian.

On the other hand, the Golden Stags slipped to 3-5 to remain at sixth — just half a game ahead of Perpetual, Lyceum, and Arellano.

CSB will close out their elimination round against the unbeaten San Beda University (6-0) on April 26 at 12 NN., while San Sebastian will try to keep themselves in the hunt for a play-in berth when they battle defending champions Colegio de San Juan de Letran (6-0) later in the day at 3 p.m.