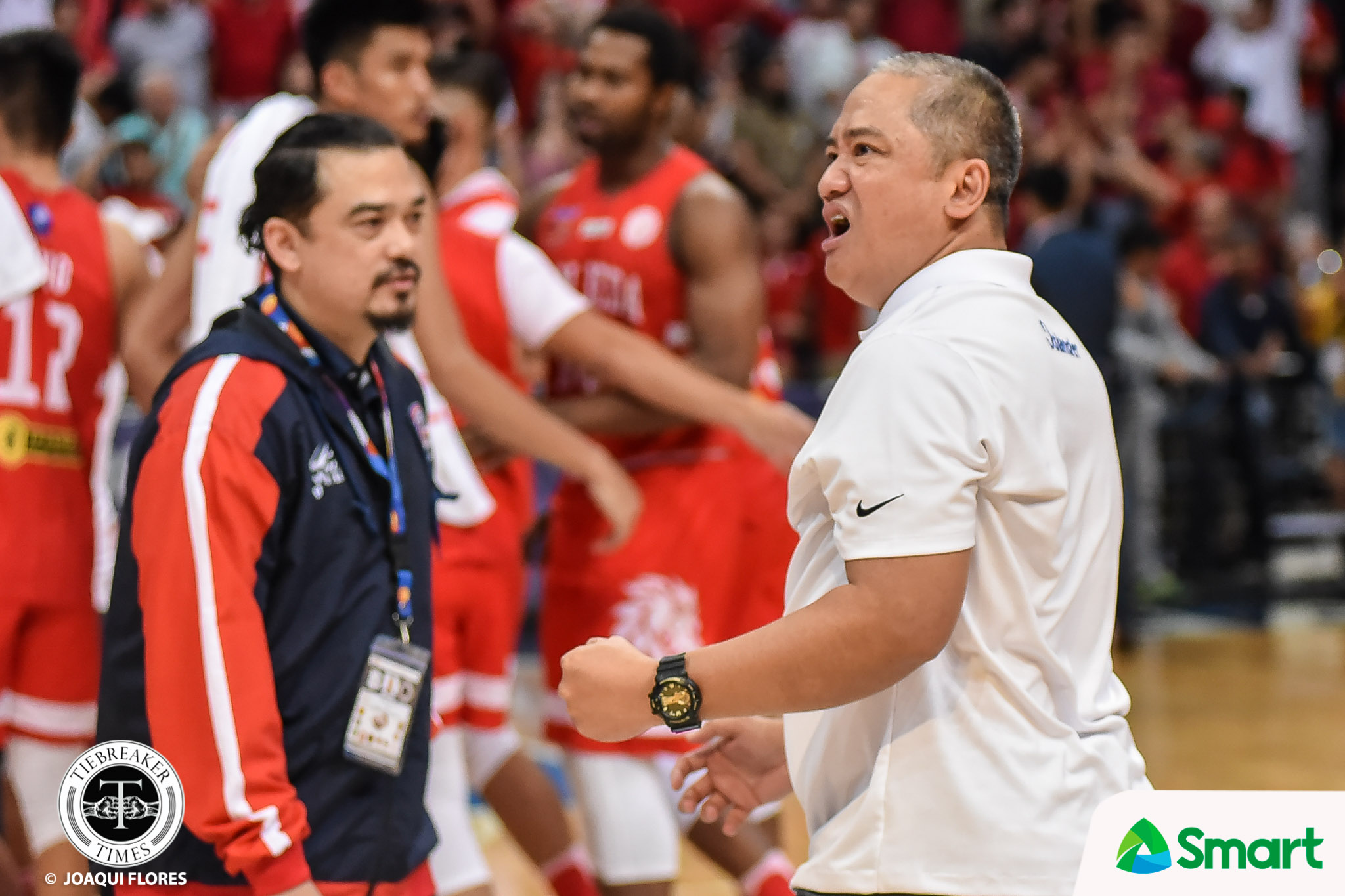 Last Wednesday, the head honchos of the San Miguel Corporation’s sports group were present — and even sharing the coaching load — with Letran head coach Bonnie Tan.

And it felt like San Beda head coach Boyet Fernandez had to fend for himself against a group of sharks.

A day after, Red Lions chief booster Manny V. Pangilinan made sure to let Fernandez know that he was not alone.

“Boss MVP called me up last Wednesday. I’m honored that I still have his full trust. That really gives me a lot of confidence that my big boss is there.”

Their support, though, is not the same as that of coaches Alfrancis Chua, Jeff Napa, and Pido Jarencio on the sidelines. Instead, Fernandez says that he has his own think-tank as well — the alumni of San Beda. 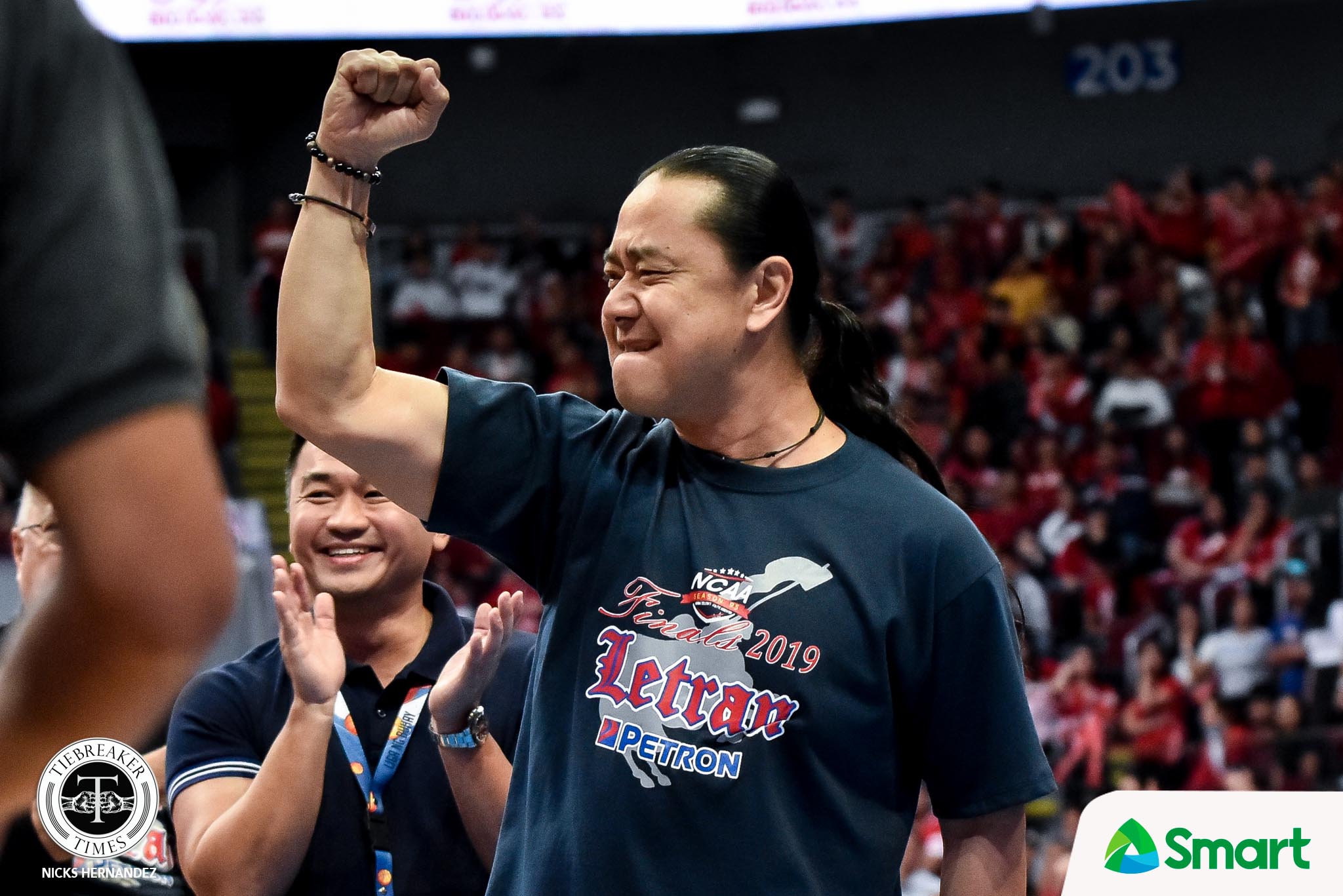 It showed during Game Two, when San Beda and Letran once again duked it out.

Down by two with 19.1 seconds left, Calvin Ofana powered his way through the lane for an and-one to give the Red Lions a lead. Then on the defensive end, San Beda zoned in — unlike their game three days ago — to send the series into a winner-take-all bout.

“Every championship is tough, especially since these are young boys you’re trying to guide. You have to point them to the right screen, especially that we were trailing in the last game. Kaya medyo mahirap, pero lahat naman mahirap,” shared Fernandez.

Fernandez has no qualms with Tan’s group helping him out on the sidelines. Though it’s not proper decorum, the 12-year head coach says that going up against them fuels his competitive spirit. 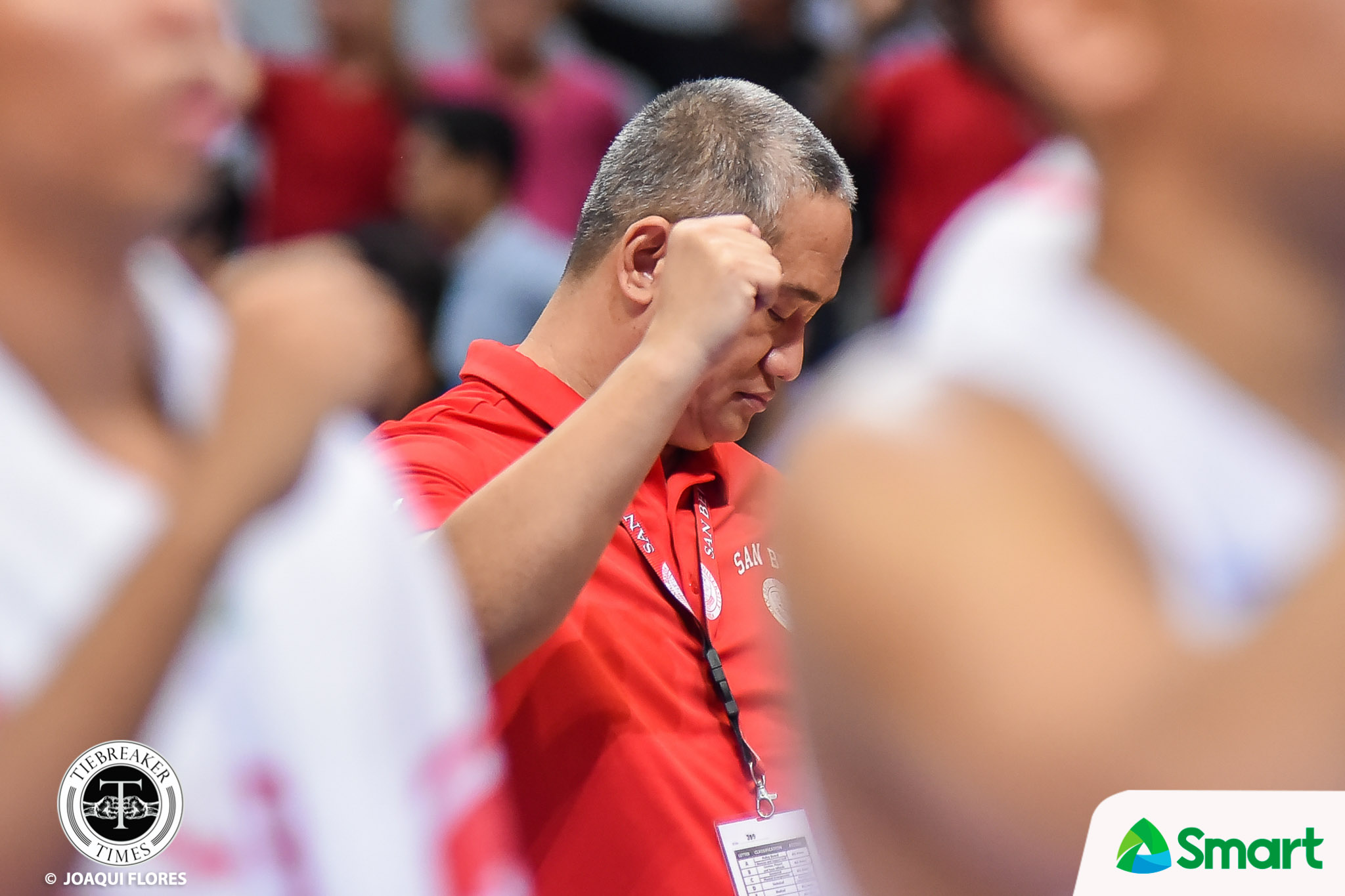 “It’s up to the NCAA. I have no right to question it because I’m just a head coach. It’s really up to the Man Comm [management committee], though it helps me a lot when it comes to improvement as a coach,” he said.

“Kung ano ‘yung ina-adjust nila, mas nag-iimprove ako, and I appreciate it and it’s a challenge. I welcome the challenge and I’m happy I could see them there, my former coaches and former players. Again, Coach Jeff is there. I’m happy for them and I’m happy for Letran,” he continued.

“The only thing ko is I have so many think-tanks also.”