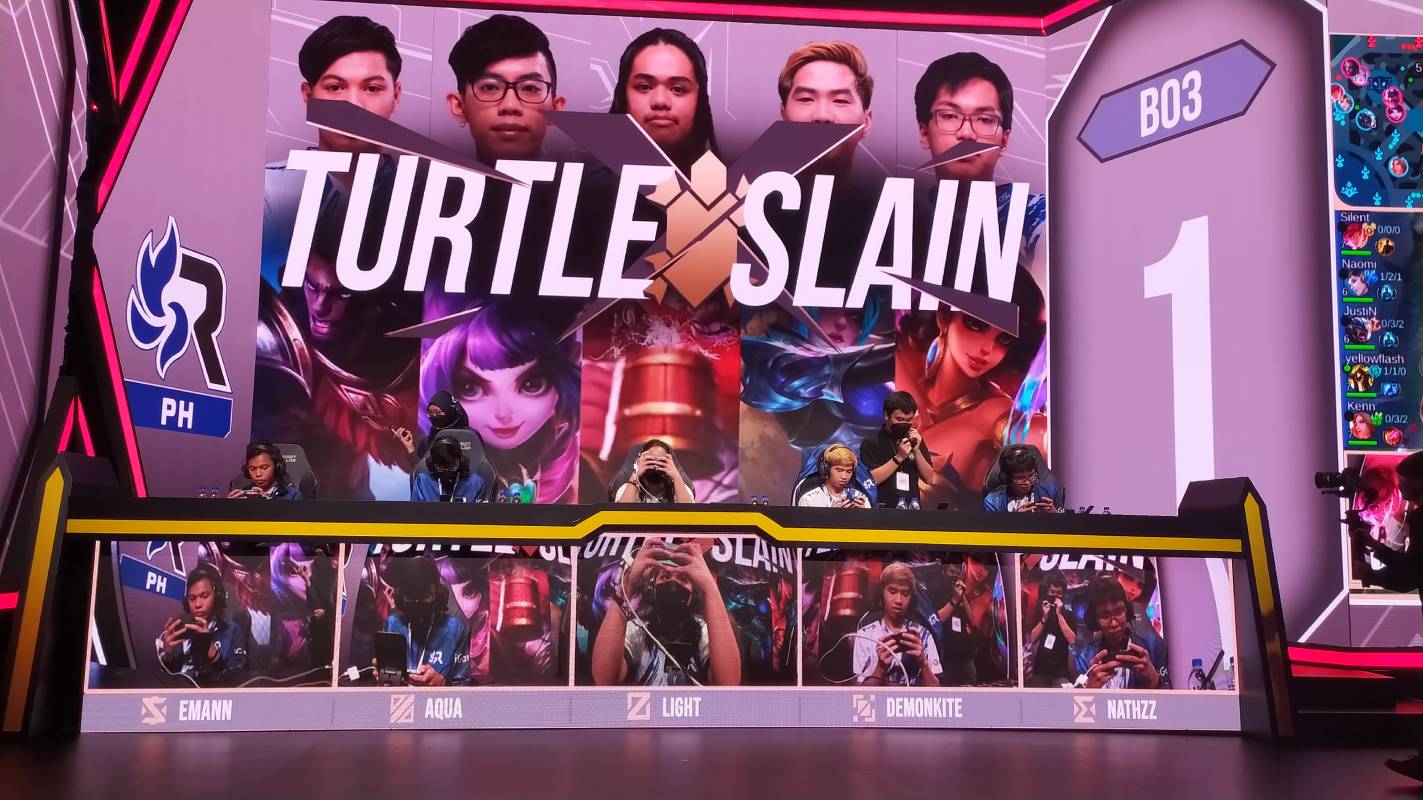 After a heartbreaking loss in the second game – their first all throughout the tournament – RSG PH came out with something to prove in Game Three.

Falcon Esports initiated a five-man Conceal play past the 12th-minute mark. But RSG PH quickly read the play and backed away.

EMANN, who struggled in Game Two, notched his fifth MVP plum in seven games played after tallying six kills, a death, and two assists in the 13-7 Game Three win. The match lasted for 12 minutes and 56 seconds.

The Filipino squad has yet to lose a game since suffering a 1-2 defeat against Blacklist International last April 3, during the seventh week of the MPL PH Season 9 regular season. They are currently on a seven-game winning streak.

RSG PH looked a bit shaky in the opener with Falcon Esports securing the kills early in the match.

The Filipinos, after patiently waiting for their respective timings, finally turned it up a notch by winning a clash down the bottom. That allowed them to secure the first Lord and remove all but one of the Burmeses’ inhibitor turrets.

From there, RSG PH never looked back and took the Enhanced Lord at the 14:19-mark. During the siege, they managed to quickly erase Kenn (Karina) and YellowFlash (Thamuz) to ease their way into a 1-0 series lead.

EMANN (Claude), who kept the economy close despite the early onslaught of Myanmar, nabbed MVP honors in the 13-8 Game One win with two kills and five assists. Aqua (Kagura) had a 5-0-3 KDA line while Nathanael “Nathzz” Estrologo (Esmeralda) added two kills, three deaths, and nine assists.

Looking to finish off the series, RSG PH snowballed right away, putting up a 13-2 kill advantage along with an 8K gold lead entering the 18th minute. The team also took the Lord moments after for its first siege of the contest.

Falcon Esports was able to stall the game by successfully defending two successive sieges from RSG PH entering the 18th minute. That proved to be the turning point for the Myanmar-based squad, bagging the Evolved Lord in the 20th minute to keep the game up in the air.

RSG PH had the chance to close it out after securing the Evolved Lord at the 24:02-mark but lost key pieces right after which gave Falcon Esports the chance to defend.

In the end, Kenn (Lancelot), who struggled in the early part of the match, secured a clutch Retribution on the Lord to complete Falcon Esports’ come back and force a Game Three.

Also playing a huge role in the comeback is Silent, who had nine kills, two deaths, and four assists on Beatrix. The match lasted for 29 minutes and 24 seconds.

RSG PH will take on the winner of the Orange Esports-RSG SG quarterfinals match-up in a best-of-five series on Thursday at 6:00 PM.