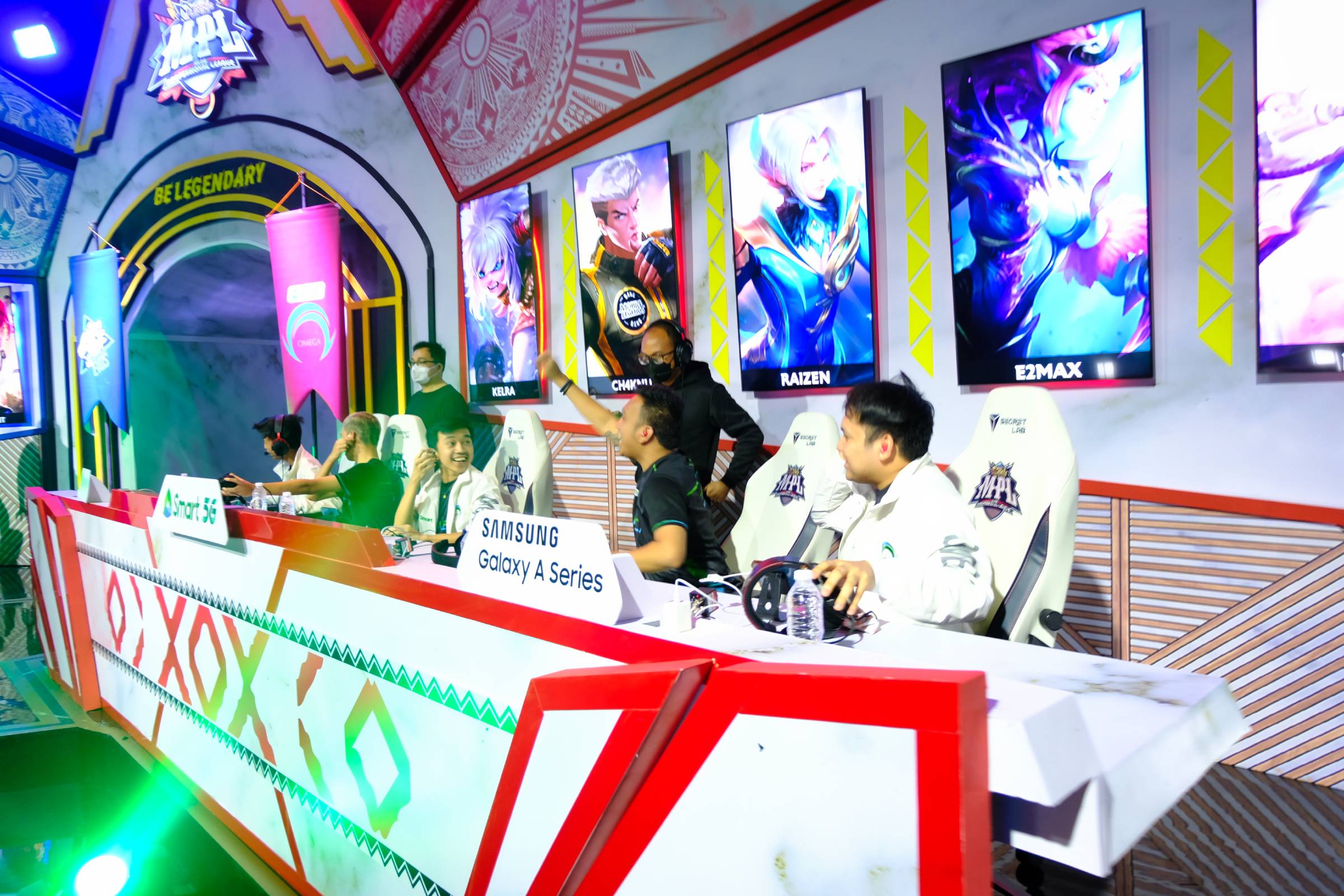 Omega Esports grabbed its second win after a 2-1 thriller against Nexplay EVOS in MPL Philippines Season Nine on Saturday night.

Efficient farming coming from Dean “Raizen” Sumagui’s Aulus, along with four kills inside the first seven minutes, put Omega Esports by as much as 4K in the winner-take-all Game Three.

A Lord take past the 10-minute mark allowed Omega Esports’ lead to balloon to as much as 9K entering the 12th minute.

Omega Esports then tried to bait Nexplay EVOS into the Lord pit but ended up securing the objective. The team then went for the series-ending siege to secure the win.

The SMART-backed squad remained at the seventh spot with four points off a 2-3 standing. 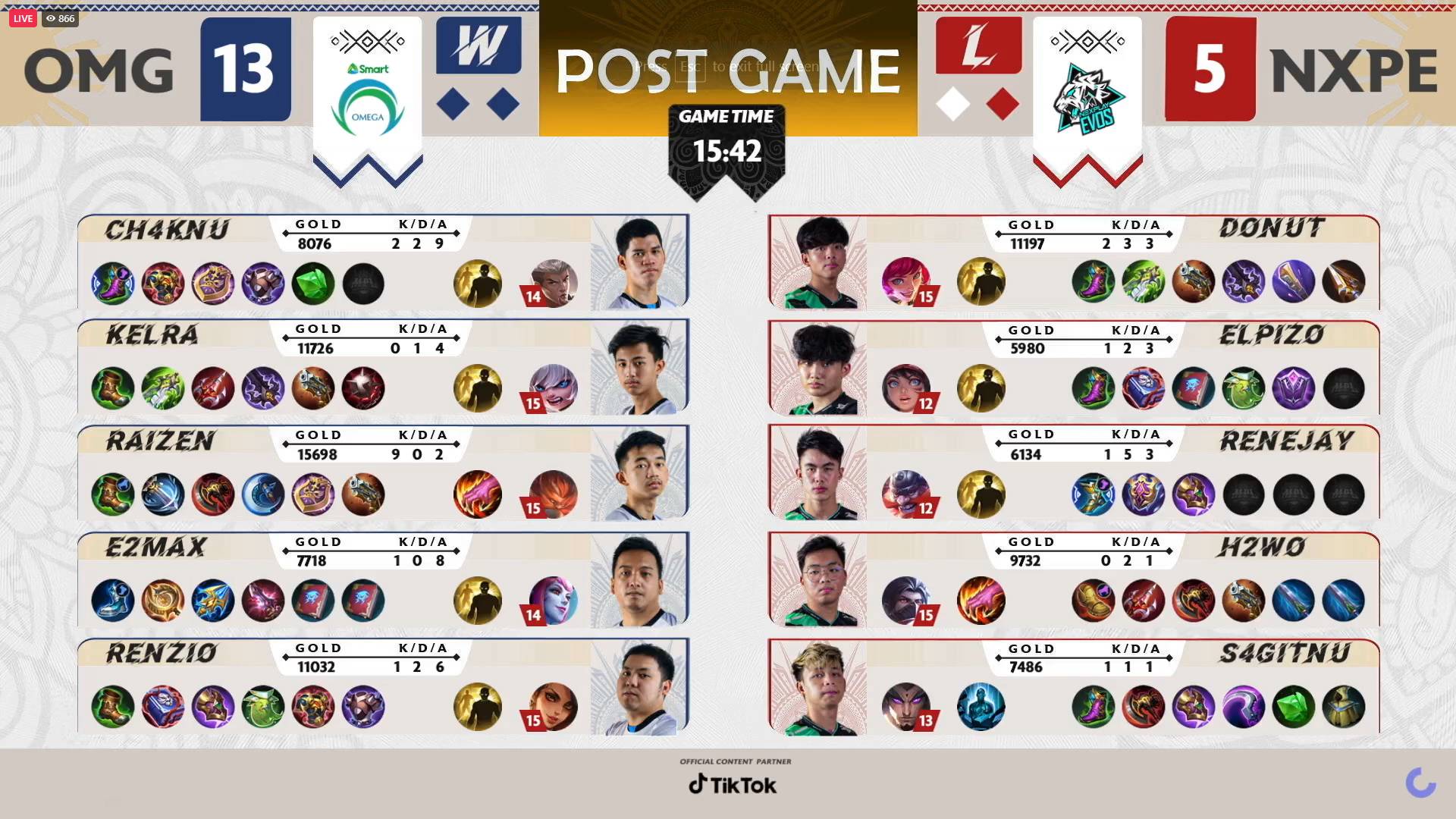 Already ahead by as much as 5K in the gold department in Game One, Omega Esports lured Nexplay EVOS near the Lord pit and initiated a five-on-five clash entering the 14-minute mark.

Duane “Kelra” Pillas was able to secure the Luminous Lord for Omega Esports before completing the five-man wipeout that ended the match.

Raizen’s Ling led the way with five kills and four assists against one death while Renz “Renzio” Cadua chipped in two kills and five deaths against two deaths in the 11-4 Game One win in 14 minutes and 53 seconds of action. 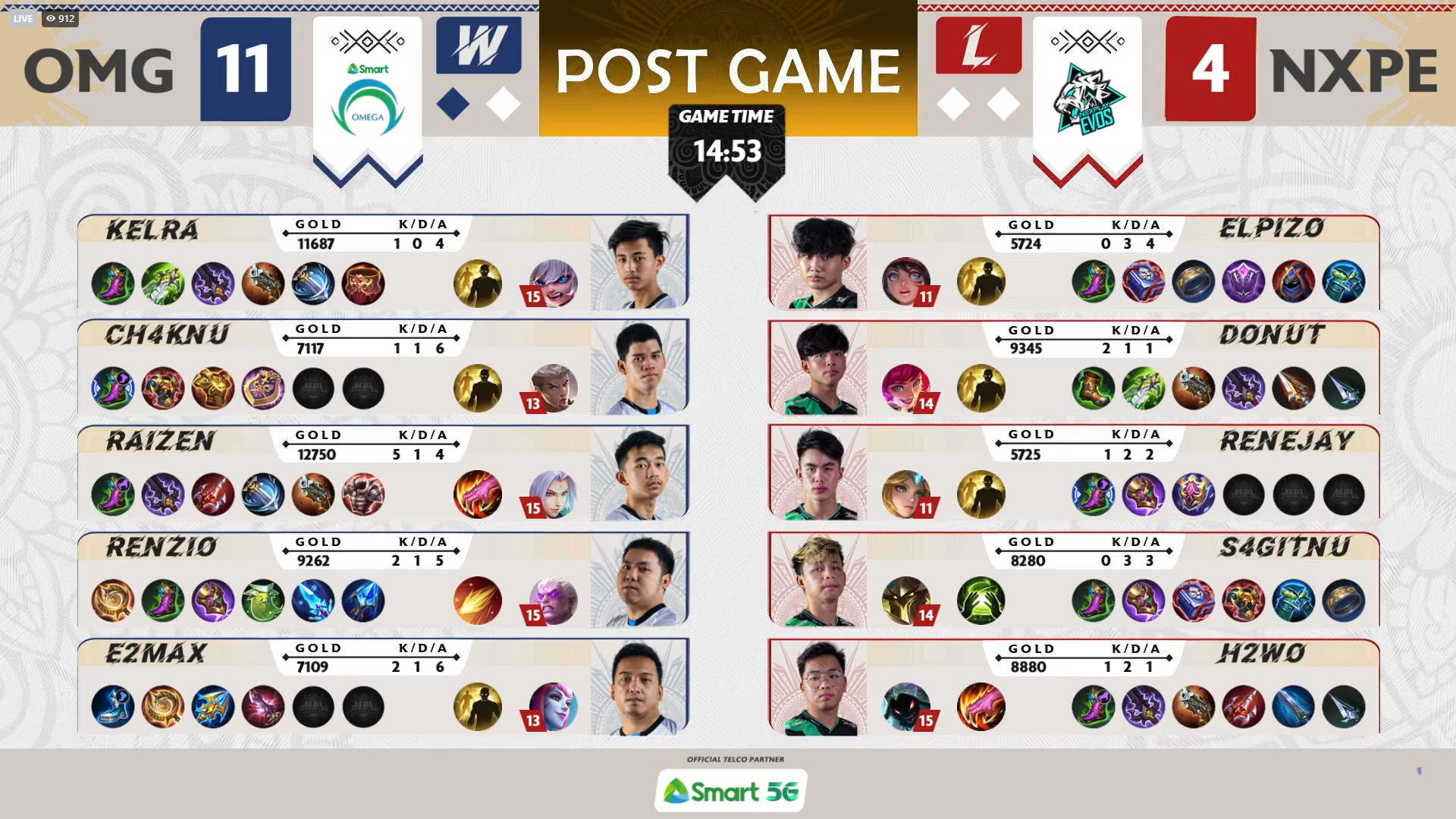 Emanuel “Elpizo” Candelaria’s Mathilda spearheaded the assault with five kills and eight assists against one death while Renejay “RENEJAY” Barcarse’s Ruby had 10 assists in the 15-5 Game Two victory in just 14 minutes and 10 seconds of action. 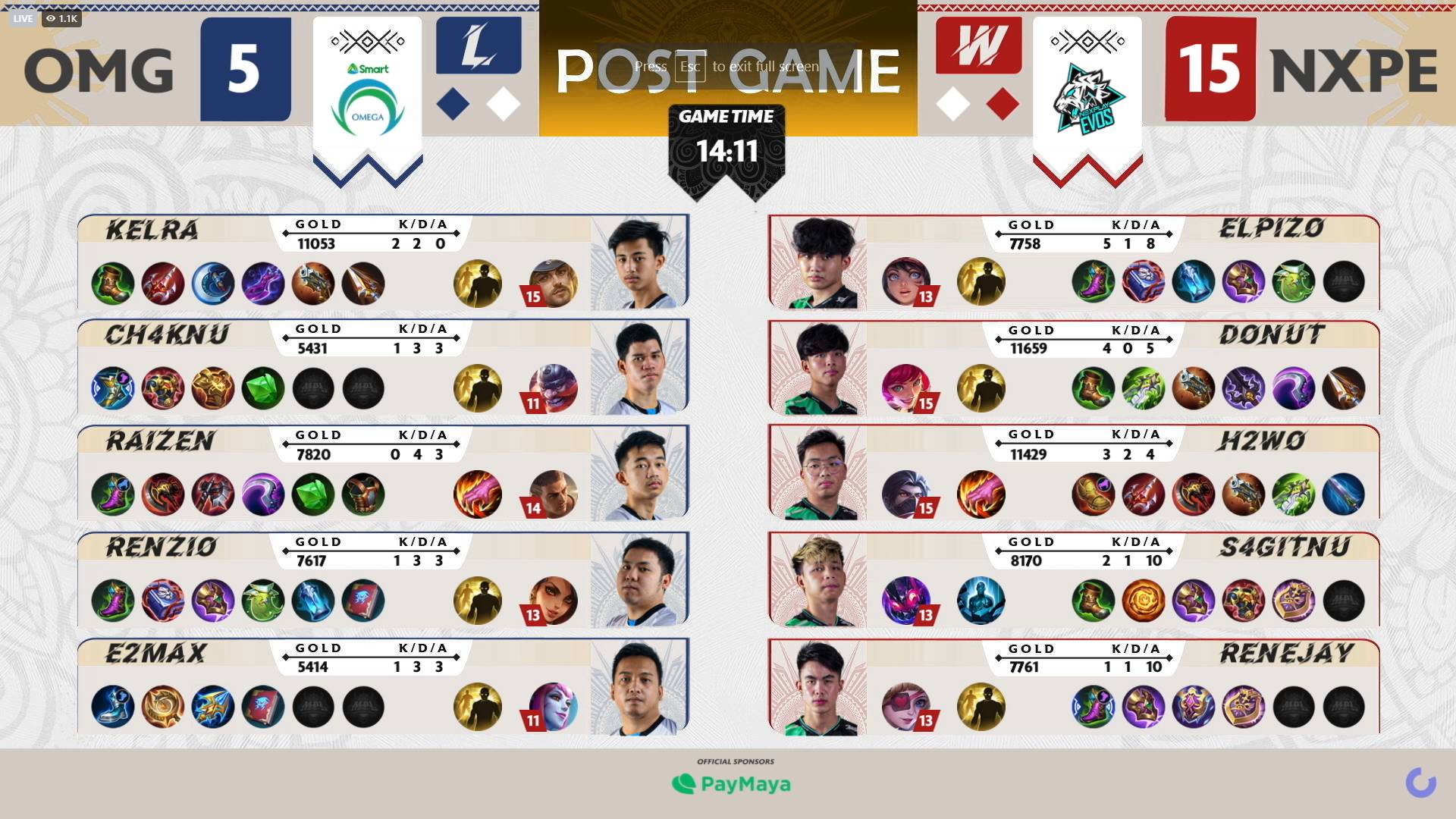 Omega Esports will face the winless Bren Esports next on Friday at 6:00 PM while Nexplay EVOS looks to recover against TNC on Saturday at 4:00 PM.