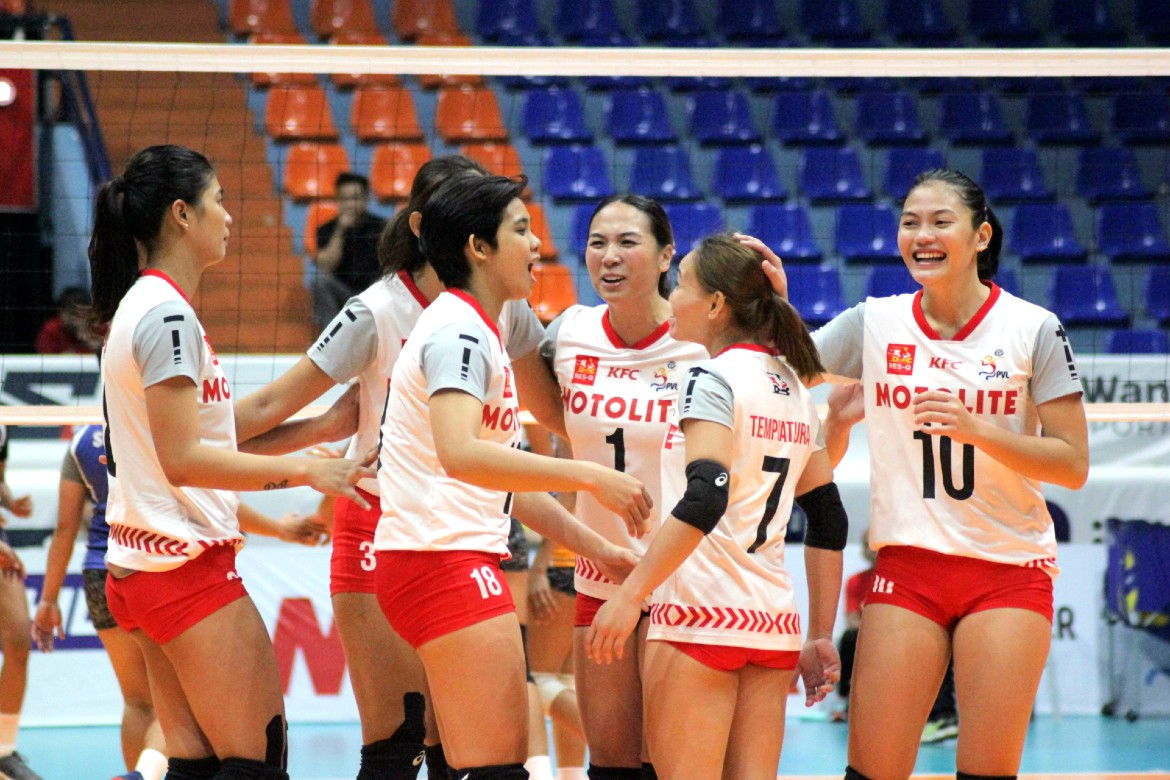 Availability concerns continue to hinder the Philippine Women’s National Volleyball team’s buildup to the 30th Southeast Asian Games, as Motolite declined to lend the services of Iris Tolenada for the SEA Grand Prix.

The Fil-American setter was expected to fly to Thailand on September 15 and join the Nationals, who are in the thick of preparation for the tournament in Nakhon Ratchasima that will start on September 20.

However — in response to a request from Larong Volleyball sa Pilipinas, Inc. —Richard Chan of Motolite said that the team cannot afford to release their veteran playmaker while the 2019 PVL Open Conference is still ongoing.

“We regret to inform you that we cannot release Ms. Tolenada at this point in time since our team is currently playing in the Season 3 Open Conference of the Premier Volleyball League or PVL.

“Our team has several games scheduled already and we’re still in the middle of the first round of the conference,” Chan’s reply to LVPI president Joey Romasanta read. “We wish our Philippine team a successful training and participation in the ASEAN Grand Prix.”

The development came in the wake of the injury announcement of Mika Reyes; the refusal of Ageo Medics to loan Jaja Santiago; and the withdrawal of five national pool members in Jema Galanza, Celine Domingo, Tots Carlos, Angel Cayuna and Jerrili Malabanan.

Espejo, Marasigan lead Cignal to 2-0 as Ateneo scintillates in debut