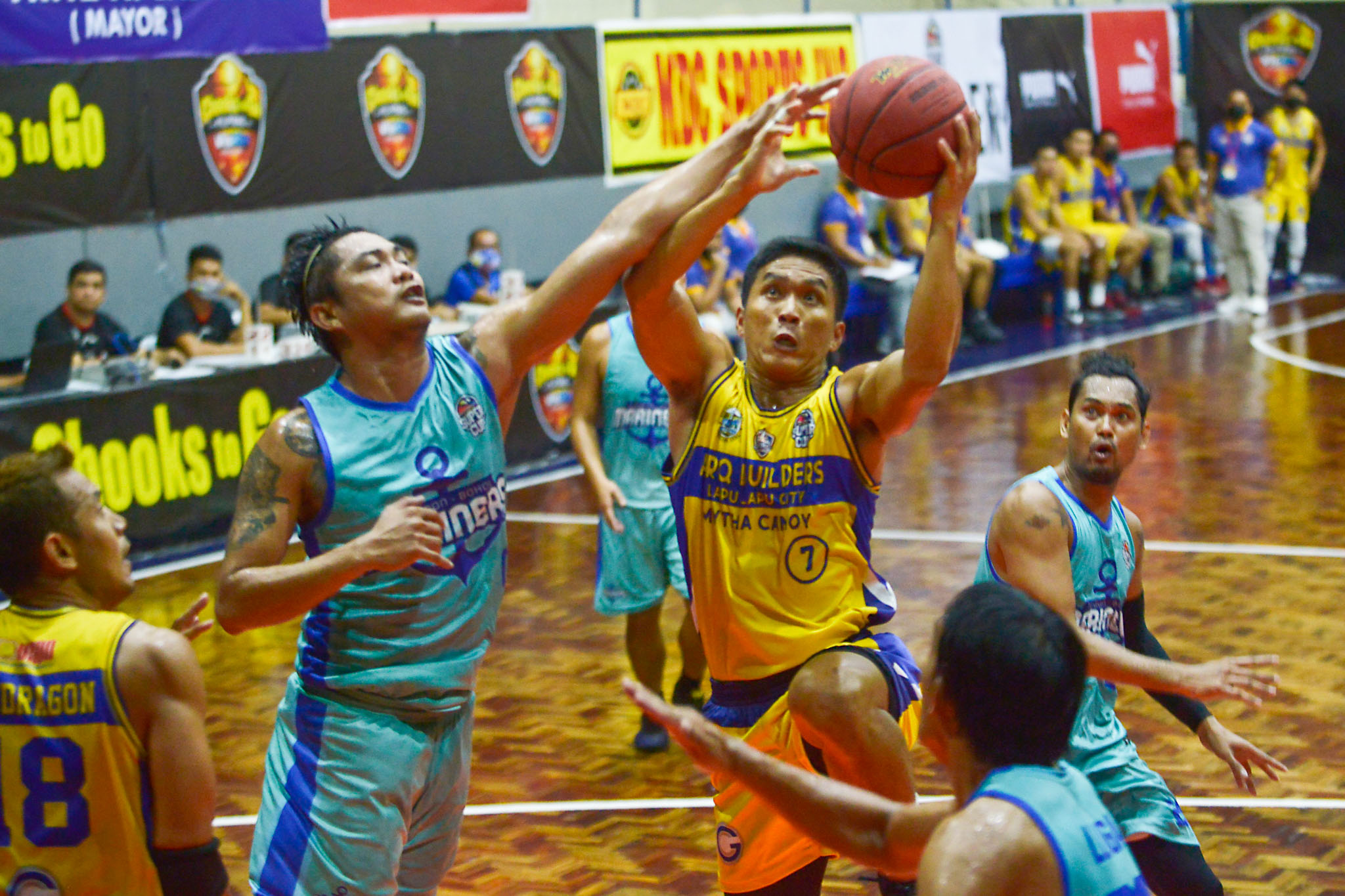 ALCANTARA — Monbert Arong was a man on a mission Wednesday evening, lifting ARQ Builders Lapu-Lapu past Tubigon Bohol, 61-55, to close out the first round of the 2021 Chooks-to-Go Pilipinas VisMin Super Cup at the Civic Center here in Cebu.

After getting wrongly implicated in the controversial game against the Mystics exactly a week ago, Arong was looking to redeem himself. And the left-handed gunner did so in spectacular fashion.

The Builders were down two, 53-55, to a hungry Mariners squad looking for its first win of the tournament. Arong then found himself open in the corner. He sank a booming three-pointer to give ARQ the lead, 56-55, with 1:22 remaining.

After Bohol’s Mac Montilla and Joseph Marquez missed on their possession, Arong sped down the floor for an uncontested layup. That raised the Heroes’ lead to three, 58-55, time down to 51 seconds. The next time down the floor, Arong drove hard down the right-wing. He converted on an acrobatic layup to give ARQ a 60-55 advantage with 17 seconds remaining in the match.

Arong had a tough night shooting the ball, going just 6-of-23 from the field. Still, the former FEU Tamaraw made it when it counted the most. He eventually ended up with 15 points to go with seven rebounds and two assists

The Heroes end the first round with a 3-2 record for solo third — a full game ahead of Tabogon.

Veteran forward Hafer Mondragon and homegrown talent Chris Regero lorded over the glass, as they hauled in a combined 25 boards.

Joseph Marquez led Bohol with 13 points and 13 rebounds. However, the Mariners still could not get over the hump and remain winless in five outings.

“The players can’t wait to get back on the floor but we are hoping that they won’t get too over-excited,” quipped Abuyabor.

ARQ Lapu-Lapu immediately opens its second round campaign tomorrow against Tabogon (2-3) at 7:00PM. Bohol, on the other hand, takes on the 5-0 MJAS-Talisay prior at 3:00PM.