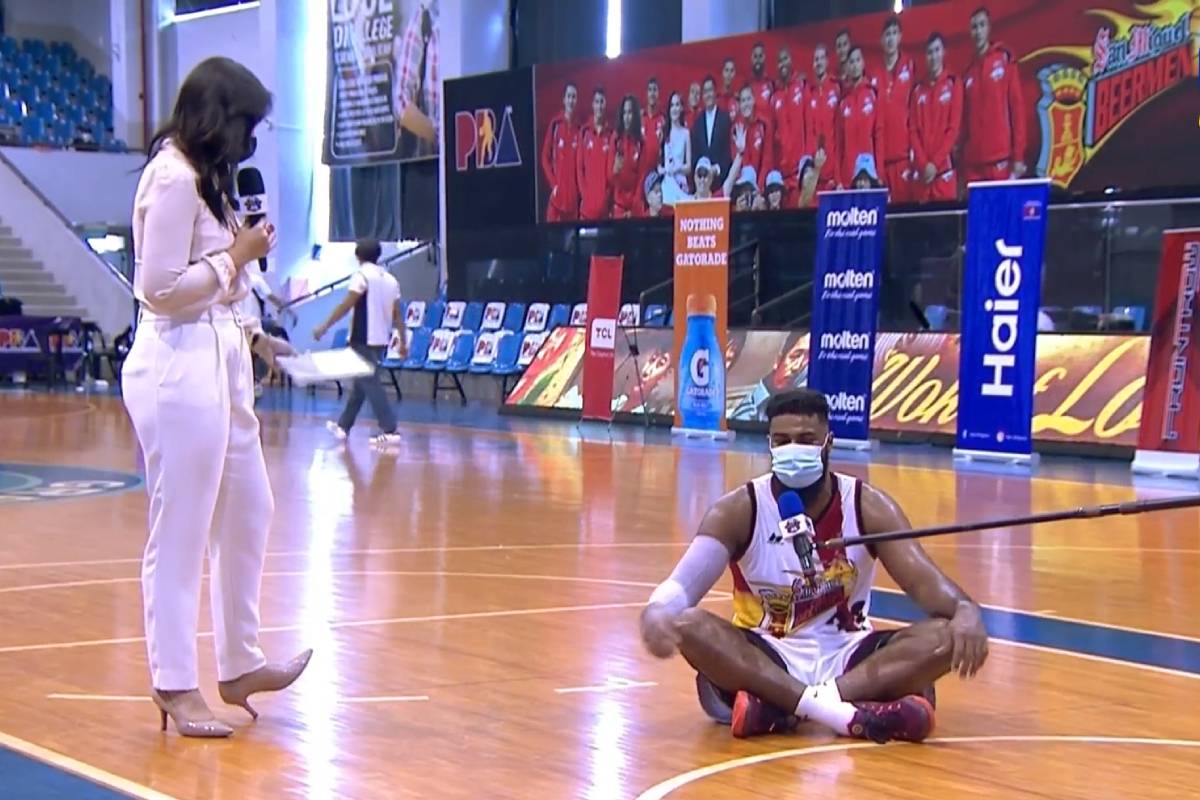 SMART Clark GIGA City — Mo Tautuaa sat on the floor of the SMART 5G-powered AUF Sports and Cultural Center for his walk-off interview, exhausted after leading San Miguel to an overtime victory over Blackwater Elite on Tuesday afternoon.

No one could fault the 6-foot-7 big man for feeling so worn out. He had just logged 45 minutes and 45 seconds, which — after a quick check with RealGM.com — is the longest he has ever played in his PBA career.

Tautuaa finished with 26 points on a 54-percent clip, alongside 14 rebounds, two assists, two steals, and a block. And he led San Miguel to the gritty 89-88 win that extends their winning streak to four in the 2020 PBA Philippine Cup.

“Today I was struggling, but my teammates made sure to keep my head in the game because I need to be there.

“It’s all about the team right now. This bubble’s tough so it’s not just one person — always, it’s all of us,” he said.

Tautuaa, though, wasn’t alone in seeing his minutes stretched further. The veterans logged heavy minutes as well, which is tough considering the hectic schedule ahead of them following the new arrangement of games.

Marcio Lassiter played for exactly 42 minutes. Alex Cabagnot and Arwind Santos were on the court for almost 40 minutes. Meanwhile Chris Ross, despite nursing injuries, saw action for over 36 minutes.

Head coach Leo Austria admitted that he hadn’t planned on keeping them on the court so long. Still, it was necessary since the win was more important — San Miguel improved to 5-2, and move closer to the quarterfinals.

“Actually, we don’t want any player of us to stretch their minutes eh. But because of the circumstances during the game, I was forced to,” he said, as they had to overcome the undermanned yet gutsy Elite, who even led by four in OT.

“We weren’t thinking of the other game. We’re thinking of the ongoing game because what’s important is the W,” added the four-time Coach of the Year., who’s now in his sixth season at the helm of the Beermen.

But then, Austria knows that he has to manage their minutes and double down on recovery. The team is plunging back into action on Thursday to face the red-hot Calvin Abueva and Phoenix Super LPG.

The reigning, five-time champions will then face the hungry NLEX Road Warriors the next day for back-to-back games. The league has compressed the final stretch of the eliminations after a brief four-day stoppage.

“What’s important for them in [the next] 24 hours is for them to get back to having the right energy, because we know our next opponent is Phoenix. Very energetic team ito. So kailangan i-manage namin ang body ng mga players.”