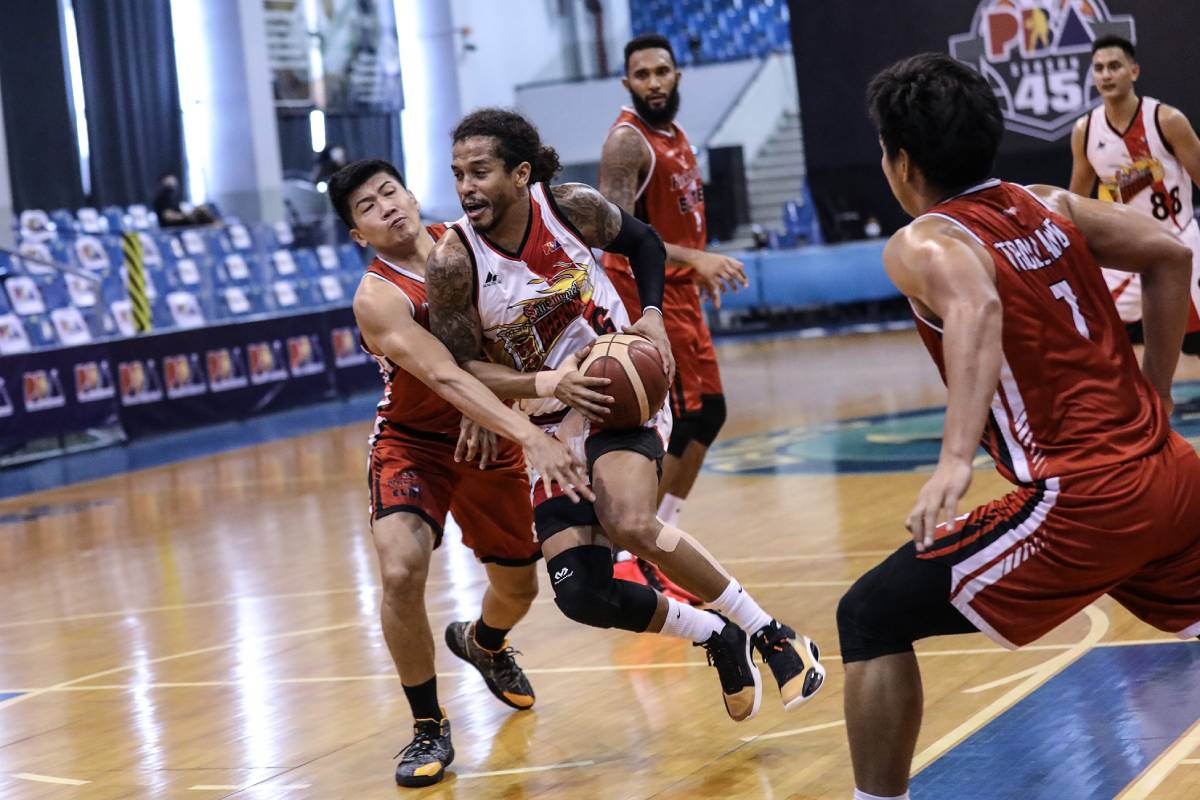 SMART CLARK GIGA CITY – Chris Ross pulled through in overtime as San Miguel nipped Blackwater, 90-88, for its fourth straight win in the 2020 PBA Philippine Cup Tuesday at the AUF Sports and Cultural Center.

The do-it-all floor general, who has yet to recover from the injuries he got early this season, scored five consecutive points to turn a four-point deficit to an 89-88 advantage for the Beermen with 1:14 remaining in the game.

Von Pessumal then split his free throws with four seconds left to play after securing the rebound off the Elite’s missed potential lead-giving shots, and a muffed Hail Mary shot by Mike Tolomia guaranteed their victory.

Ross finished with eight points, eight rebounds, three assists, and three blocks in over 36 minutes of play as the reigning, five-time champions improved to 5-2, moving closer to the quarterfinals as well.

“It’s an ugly game but we loved it, because as long as we’re winning, there’s no problem with it,” expressed head coach Leo Austria post-game. “I’m happy and we’re lucky to get this W.”

Mo Tautuaa was impressive once more in the victory, finishing with 26 points on a 54-percent clip on top of 14 rebounds, two assists, two steals and a block in the 45 minutes and 45 seconds he logged.

“Today I was struggling, but my teammates made sure to keep my head in the game because I need to be there,” he said in the walk-off interview as he was named Best Player of the Game for the fourth time in a row.

The Beermen pulled off the win despite the challenge of playing a game in the morning — the SMB-Blackwater tiff was played at 10:00 a.m. as it opened the league’s first-ever quadruple-header in history.

“It’s really tough for us this morning. This is the first time an official game was played in the morning. But we had to do it because of the circumstances,” Austria said. “But I’m so thankful the players responded.”

Ed Daquioag fired 20 points to lead Blackwater, who actually held a 10-point lead twice in the first half before Tautuaa and the Beermen fought back and tied the game up at 41-all at the half.

Mike Tolomia made 17 points, five rebounds, and five assists, as Frank Golla and Don Trollano each chimed in 10 markers as the Elite suffered their third consecutive loss and dropped to 2-4.

Blackwater welcomed back rookie Maurice Shaw after missing four games due to back spasms, but played without main man Mac Belo, who sat out as he was also hounded with back problems.

San Miguel will return to action Thursday, Nov. 5, versus Phoenix Super LPG at 6:45 p.m. while Blackwater will play again tomorrow, Wednesday, Nov. 4 versus Meralco at 1:00 p.m. in another quadruple-header.