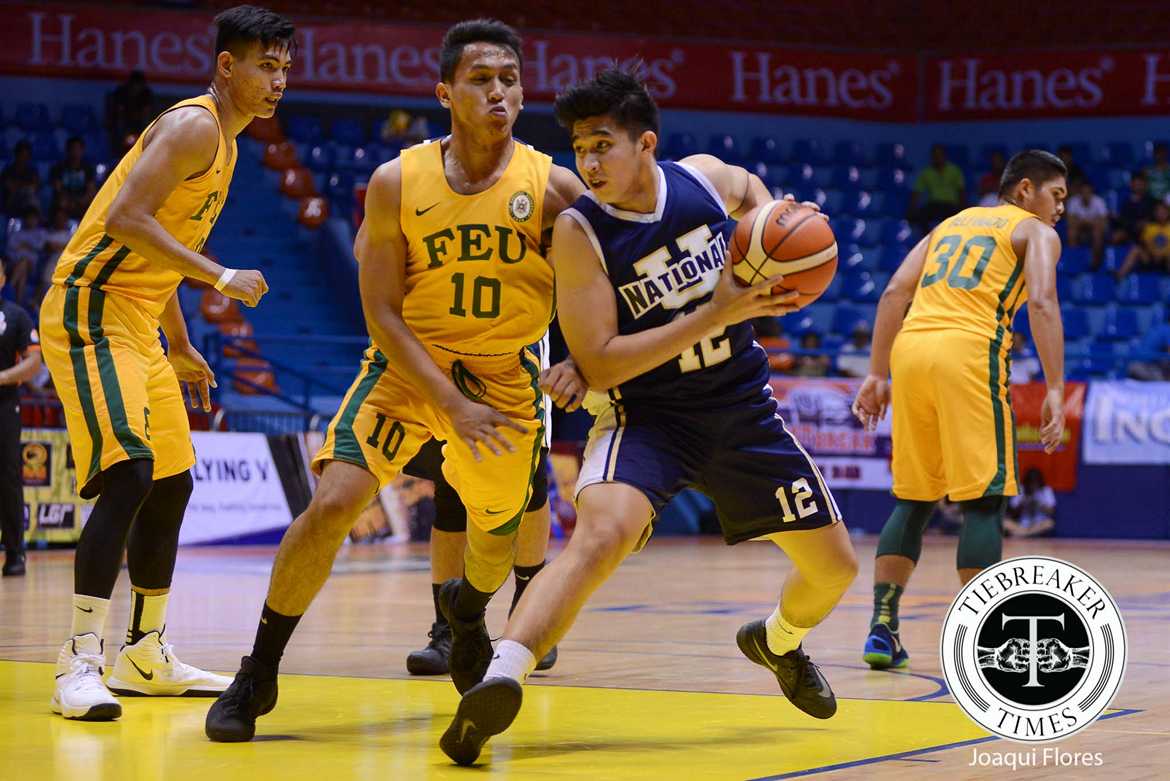 In a battle of two rebuilding UAAP teams, it was the National University Bulldogs who came out on top and sending league rivals Far Eastern University Tamaraws to their third straight loss, 75-59, in the 2016 Filoil Flying V Preseason Premier Cup Saturday evening in San Juan City.

NU rookie JV Gallego led all scorers with 15 points on a 5 for 10 shooting clip. Former Bullpup Chino Mosqueda added 13 markers in the Bulldog’s whitewashing of the Tamaraws.

Right from the get go the Bulldogs surged ahead against a struggling FEU squad in limiting the Tamaraws to just 22 first half points. Gallego punished the opponent’s defense in going 3 for 5 from the field for nine points while converted point guard Dave Yu added eight points to give NU a 41-22 lead against the defending UAAP Champions.

Moreover, the Tamaraws could not find their bearings on the offensive end for the second straight game in shooting a horrible 28 percent from the field in the opening half.

“Sabi ko nga sa mga boys, we are not thinking na that’s FEU. What we are thinking about is what we are doing,” National University head coach Eric Altamirano said. “Focusing on our system and doing the things that we should do.”

The drought for the Tamaraws continued into the third frame as Mosqueda led a 14-4 rally that gave the Bulldogs the biggest lead of the game 55-26 with 5:44 remaining in the quarter. The former Bullpup drove to the lane with ease in scoring eight straight points during that span.

#ReadMore  Leo Austria to Caloy Garcia: 'I'm proud of you'

With the game out of reach, the Tamaraws focused on the details that showed semblance of the old Tamaraw schemes. Richard Escoto scored five of his ten points in the final frame while adding seven boards in the early parts of the fourth quarter. Third year floor general Wendell Comboy then showcased his vision in the final two plays of the game in finding Steve Holqvist and Kevin Ebona for three-point plays. However, NU still took the game 75-59.

“Back to zero kasi lahat kami. Nakakapanibago lang, you miss the slashing of (Mike) Tolomia and the shooting of (Mac) Belo,” Altamirano reflected. “But I’m pretty sure that they will be a different team come the UAAP season.”

“When you look at NU last year, they only lost two players last year in Troy Rosario and Glenn Khobuntin. We lost six players. We still need to find our identity and focus on the process.”

Besides Escoto, only Steve Holmqvist reached double-figures for FEU with 13 points. He added five rebounds and two steals to his line. His team though finished the game in shooting just 29 percent from the field