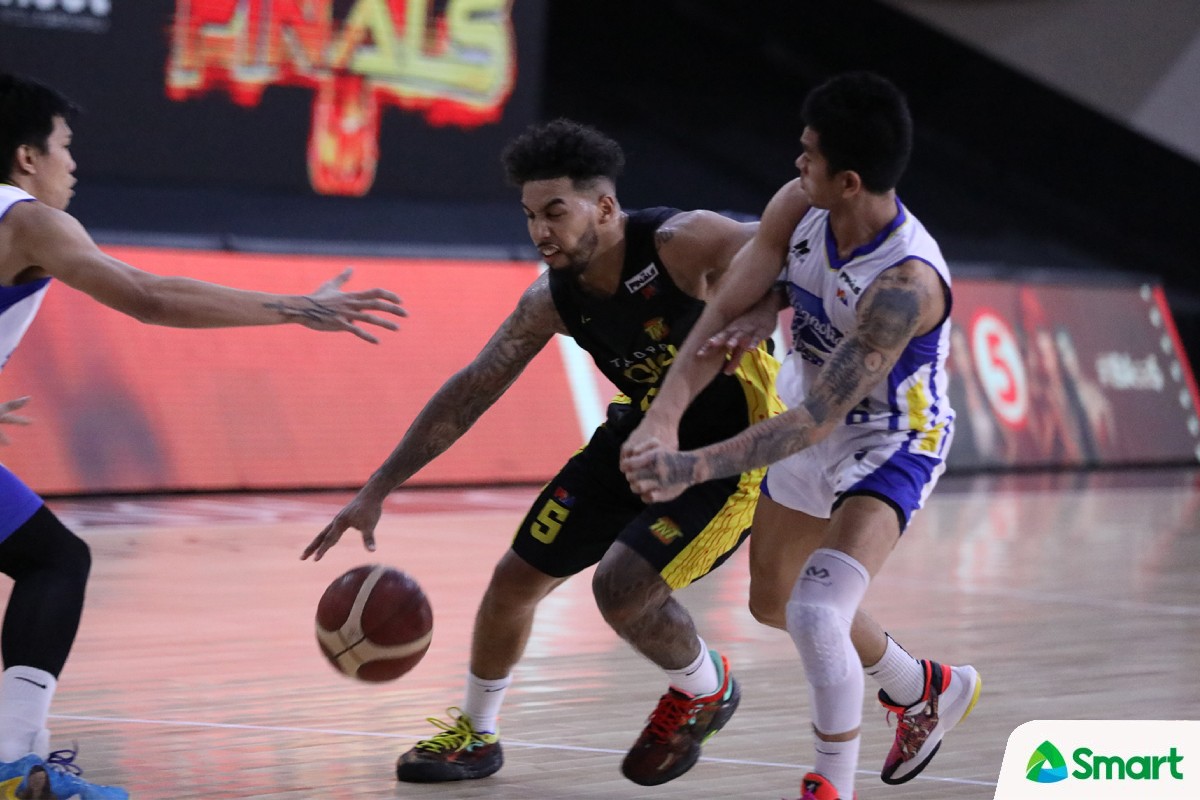 Mikey Williams is in only his first-ever PBA Finals trip, yet he’s hardly shown any jitters whatsoever with the way he has been delivering for TNT.

During Game Two of the Philippine Cup titular series Friday night, the fourth overall pick produced 28 points on 5-of-9 shooting from deep. He also had nine rebounds and six assists to lead the Tropang Giga to the 105-93 win over Magnolia.

Per league stats chief Fidel Mangonon III, the 29-year-old made the most points in a Finals game by a rookie since Mav Ahanmisi’s 30 in Game 4 of Rain or Shine’s 99-111 loss to Alaska in the 2016 Commissioner’s Cup title bout.

Williams’ performance came after he submitted 25 points on a 53-percent clip from the field and 10 rebounds in their Game One win last Wednesday.

To think that he’s going up against the vaunted Hotshots defense makes his performances all the more impressive.

“It was something that we couldn’t game plan for, but until that finally happened, we just made our adjustments from there,” he said.

“I figured that if I just keep my composure and try to play through whatever’s going on, I’ll be fine.“

Ever the team player, though, the former NBA G League veteran said that his outings are thanks hugely to the Tropa’s guidance.

“It’s new to me. This is my first finals appearance. I came in just not knowing what to expect but just relying on what the coaches are saying and my teammates are doing, and just following in their lead,” said Williams.

“They’re great people to learn from,” he added. “They’ve been in this situation before. They’re telling me to just stay aggressive and just keep sticking with it.

“I’m just glad we could pull out the win. All glory to God for this.”

Now, Williams has its sights set on what he can do to become even better for Game Three on Sunday. There, TNT aims for a commanding 3-0 lead.

The former ABL import pointed out the need to address their lapses in the second half. They squandered a huge lead and allowed the opposition to knock within four before his baskets helped avert a collapse.

“As you can see, second half, it was tough,” Williams said. “A lot of mental errors, a lot of mistakes on our behalf. We just got to get back to the drawing board and fix those nicks and bruises and go from there.”

“As you can see, we’re playing a tough team and we can’t take anything lightly,” he added.

“We may have a lead early but that can easily dwindle, whoever you’re playing against if you’re not respecting the game.”