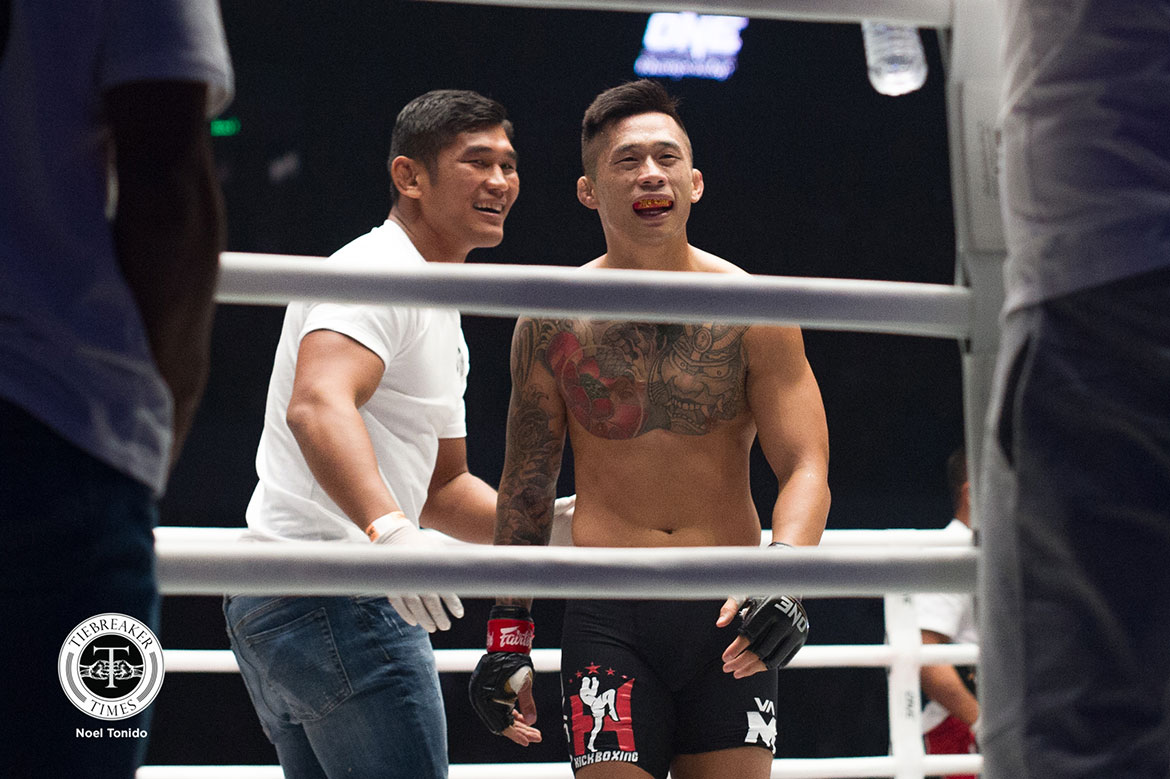 Martin Nguyen continues to make the Philippines his own playground.

In his third title defense, Nguyen flattened Japanese challenger Koyomi Matsushima in the second round to retain the ONE Featherweight World Championship in the main event of ONE: Dawn of Heroes, Friday evening.

“Thank you Manila, my second home all day!” said Nguyen.

Nguyen showed hands of steel all throughout the bout, capping his dominant performance by knocking down his Japanese for with just seconds left in the second stanza. Nguyen then continued his blitz until officials stopped the match with just 20 seconds left.

“Hands and applause to Koyomi Matsushima. He’s gonna come back stronger,” expressed Nguyen, who went up to 13-3, while dropping his opponent to 10-4.

After the bout, Nguyen called out ONE Lightweight World Champion Christian Lee, challenging him for a potential trilogy bout. 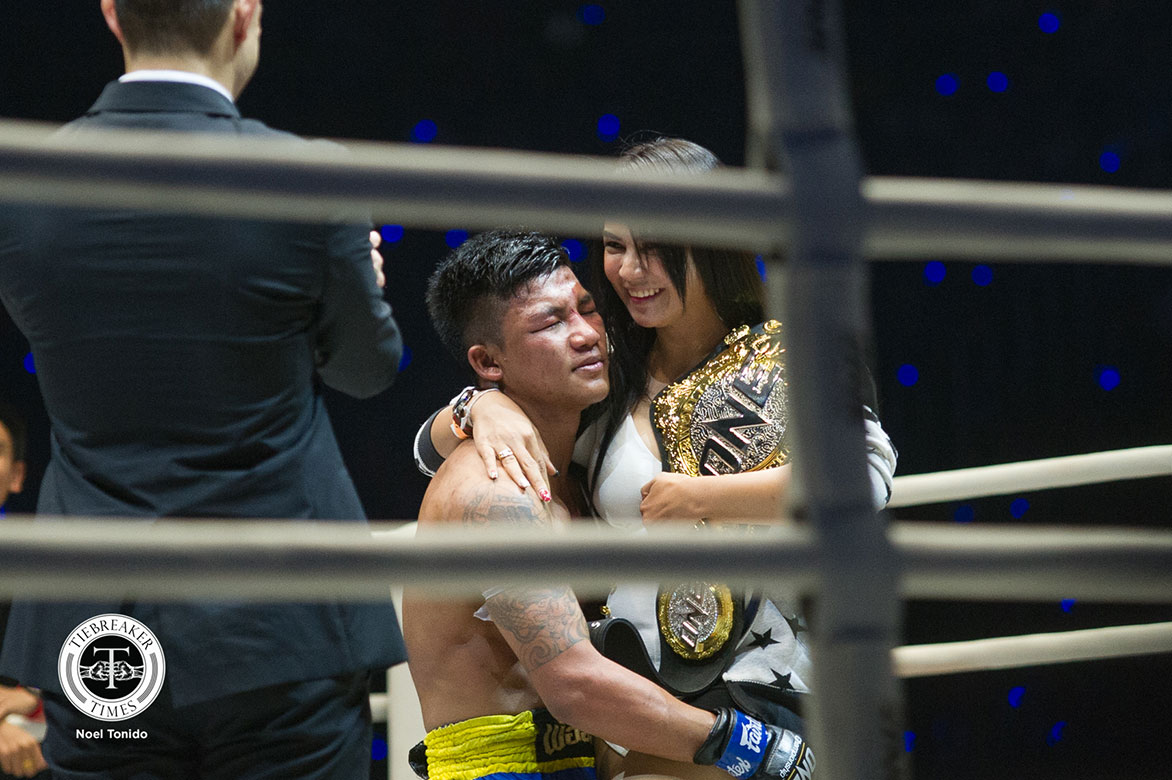 The Muay Thai artist known as the Thai “Ironman” was dominant all throughout the bout, highlighted by a huge 1-2 combination that knocked down the champion with 1:40 left in the fourth round.

Jitmuangnon already knew by the fifth round that he could bag the crown, even helping Haggerty up when he tripped during the closing second of the bout.

Haggerty, who dropped to 15-2, challenged Jitmuangon after winning the title back from Sam-A Gaiyanghadao back in ONE: For Honor last May 4.

Leo Austria to Caloy Garcia: ‘I’m proud of you’