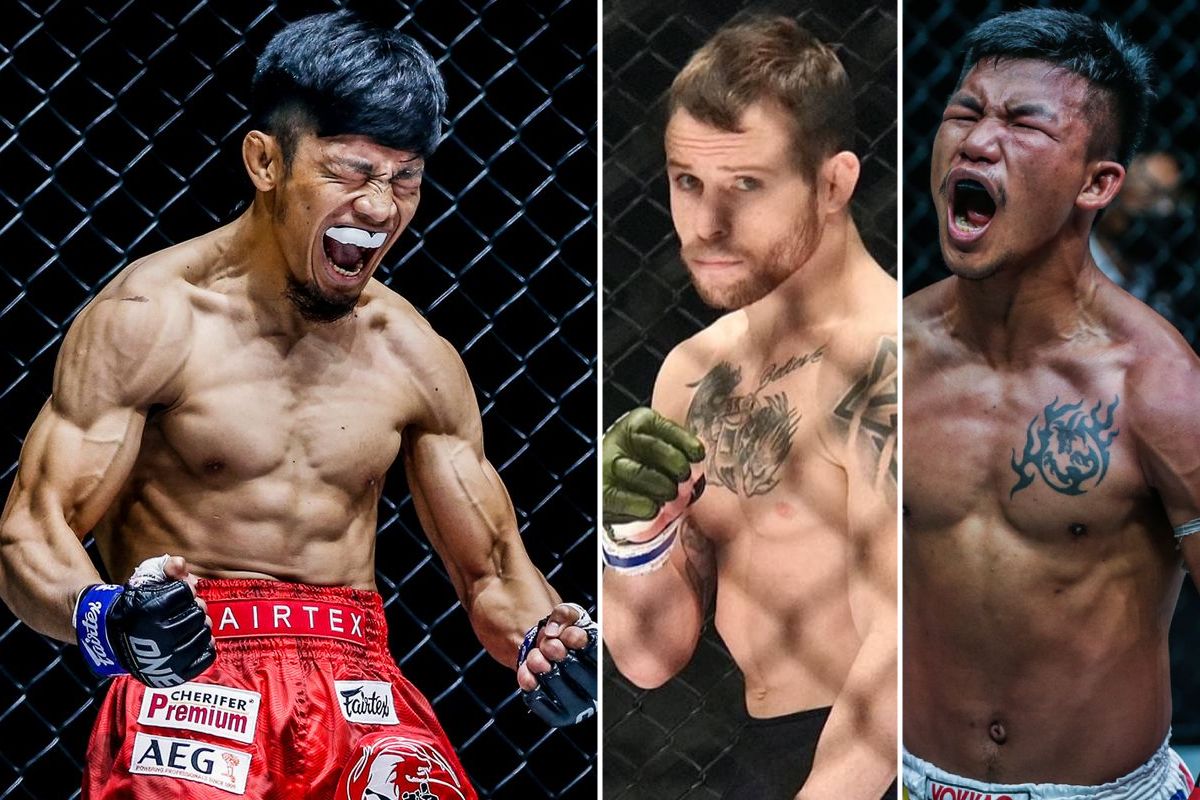 Team Lakay’s “Thunder Kid” Lito Adiwang is being extra careful not to look past his next opponent, Hexigetu. But already, the 28-year-old from Baguio City has his sights set on some important fights for him down the road.

Adiwang meets Hexigetu at ONE: Revolution, which broadcasts live from the Singapore Indoor Stadium tomorrow.

Adiwang and Brooks were set to lock horns earlier this year before the Filipino tested positive for COVID-19 which forced the cancellation of the highly anticipated bout. Prior to that, the two men traded barbs on social media, and general interest in the fight was building rapidly.

“Thunder Kid” has no doubt he will meet Brooks in the Circle sooner or later.

“I was a little bit disappointed that the fight fell through. I was really looking forward to fighting him. We had some good banter through the media, and fans were really excited for that one. But I’m sure we will meet again in the future,” Adiwang said.

“We’re both rising to the top, and I have no doubt our paths will cross sooner or later. I’m praying we can meet in the near future and settle the matter in the Circle.”

Competitive jawing on the side, Adiwang acknowledges that Brooks represents one of his toughest foes to date, and really wants to test himself against the American should he get the chance.

#ReadMore  Cooper livid as ref scoffed at Kempter injury: 'He said, Haha! He broke his own nose'

“Honestly, I think he’s a really strong opponent. I know he was very confident that he could beat me. But I was also very confident I could beat him. It goes both ways. Nevertheless, I knew I was the underdog in that fight. I could only prove I was better than him by fighting him in the cage,” Adiwang said.

“I really prepared well for that fight. We studied him, discovered his strengths and weaknesses, and we identified a few areas where I could dominate him. I think his game plan would have been to take me down to the ground and try to control me there to get that submission. But I had a few surprise submissions of my own that I wanted to do.”

As for Rodtang, Adiwang has long clamored for a Muay Thai showdown with the Thai superstar. He’s called the “Iron Man” out for some time now.

With Rodtang also expressing his interest in facing the Filipino firecracker, the bout is very much a possibility.

“One hundred percent. That fight is still on my radar. I would never call anyone out without the intention of fully pushing through with it – I said that because I wanted that fight to happen,” Adiwang said.

“I think it’s a tremendous fight and our styles would make for an interesting matchup. But right now, I’m focused on Hexigetu alone. He’s the one in front of me, and I can’t look past him. Of course, in the future, that’s a fight that I would love to pursue. It would be an honor to test myself against Rodtang, one of the fiercest strikers in the world.”