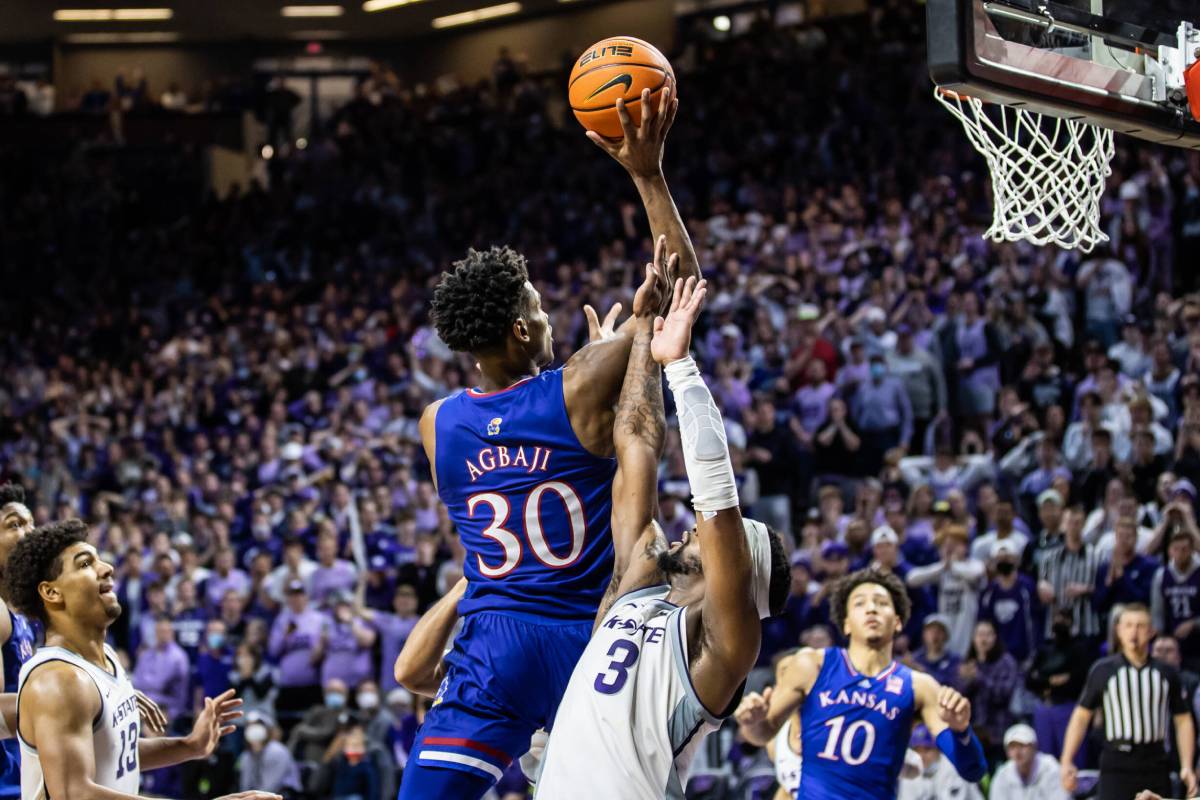 Kansas rallied from 16 down to stun Kansas State in the Dillons Sunflower Showdown, 78-75, Sunday morning (Manila time) at Bramlage Coliseum in Manhattan, Kansas.

But Kansas had one last push in them.

David McCormack connected on a one-and-one while Ochai Agbaji was fouled attempting a three-ball, converting on two to cut the lead down to one with 55 seconds left.

After gaining a couple of stops, Agbaji took matters into his own hands, knocking down the go-ahead bucket with nine seconds left. Nigel Pack attempted a trey but missed, leading to the game-sealing free throws for Agbaji.

Jalen Wilson notched a double-double with 16 points and 10 rebounds. David McCormack also tallied one with 11 points and 15 rebounds.

Remy Martin was cold in 20 minutes of action, going just 1-of-6 from the field for two points with three assists and a rebound.