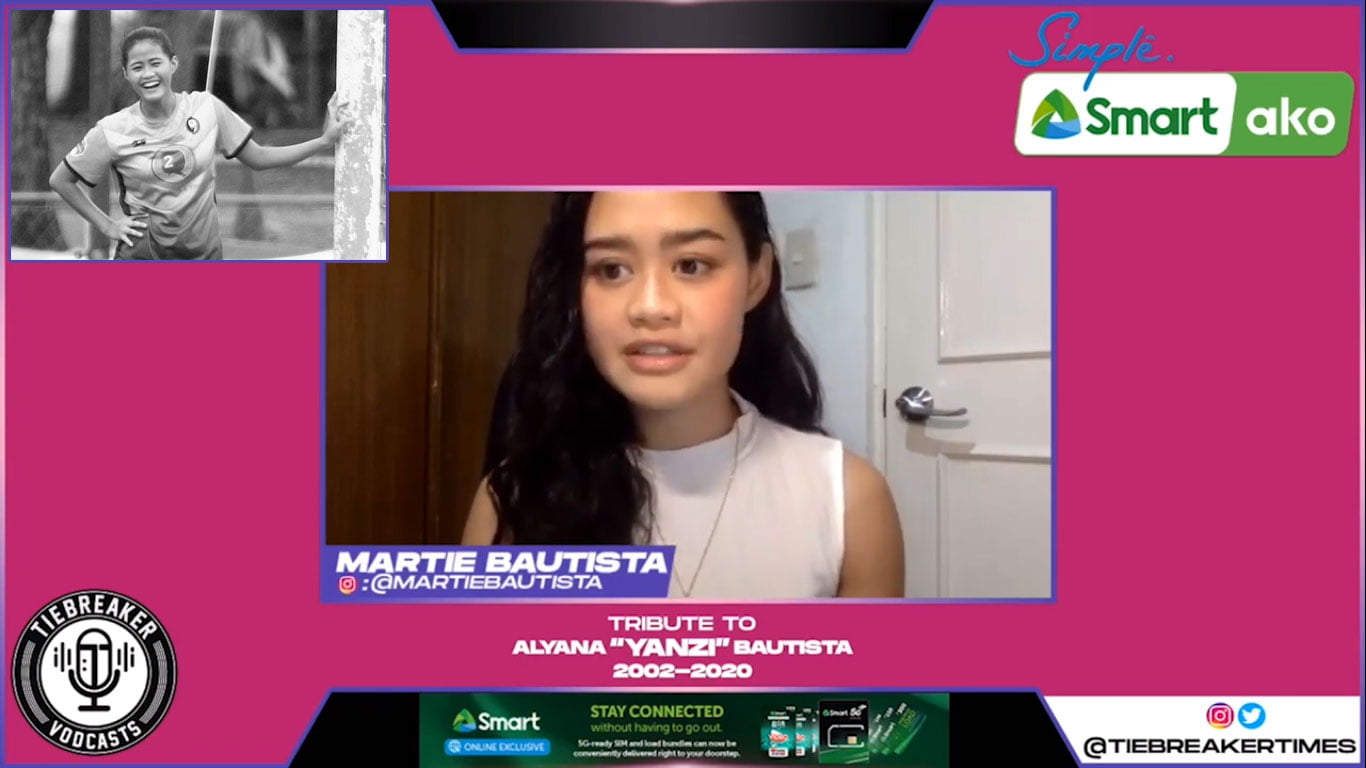 It was not just Philippine football who mourned the loss of its daughter Yana Bautista.

Martie has received many letters from the federation over the last couple of years due to her inclusion on the Women’s National Football Team.

But this one gave her mixed emotions, though — it was a letter that she thought she would never receive at this point in her life.

“That was shocking to me because when I got the email, it was just from the PFF. And I usually get emails from them for national team call-ups and stuff like that,” said the national team winger during her and Trina Guytingco’s show So She Did!, presented by SMART Sports.

“But they said in the email to see attached emails.”

Inside was the federation’s letter extending their condolences to the Bautista family, who lost their 17-year-old daughter last July 23 due to Acute Disseminated Encephalomyelitis (ADEM) disease with further complications from the COVID-19 virus.

Another was a letter from none other than Gianni Infantino, the president of the Fédération Internationale de Football Association (FIFA).

“I was like this can’t be, this must be a template or something. And then, it showed there that it was signed.”

In the letter, Infantino offered his condolences for the heartbreaking loss.

“Words seem inadequate to express the sadness we feel for this loss affecting Philippine football. Her legacy and achievements, and in particular her personality and her human qualities will not be forgotten, and she will be truly missed. We hope that these memories and our words of support may help bring some peace and solace at this difficult time.”

Martie could not help but think of how her younger sister would have felt if she received a latter from Infantino.

Yana was a standout football player who was supposed to study and play for Ateneo.

“It must have been cool for Yana to see. Knowing her, if President Infantino messaged her personally, she would probably ask to get her on a club in England or something like that.”

Watch the entire Yana Bautista tribute episode of So She Did! right here: