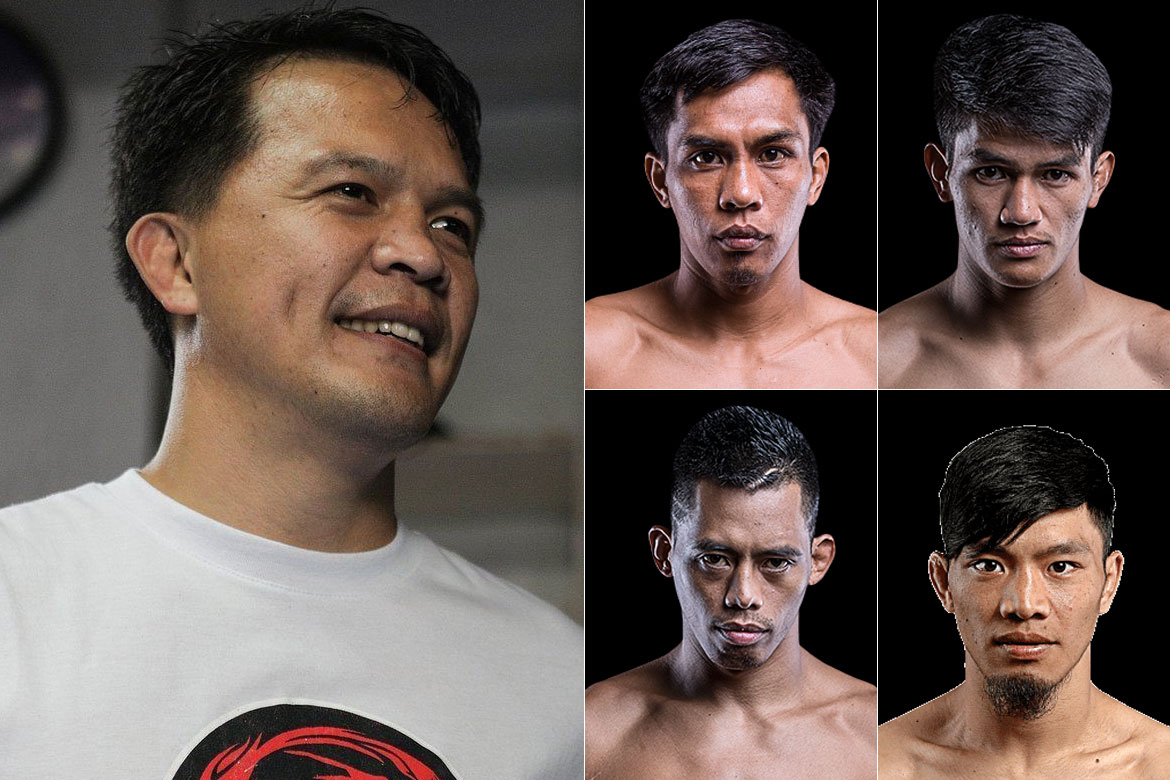 There is more to coaching than strategizing and scouting, according to Team Lakay head coach Mark Sangiao — and he knows this better than anyone.

The soft-spoken mentor might very well be the busiest coach in Asia, since five of his prized athletes either will compete, or have competed, this October.

Kevin “The Silencer” Belingon, Danny “The King” Kingad, Honorio “The Rock” Banario, and Lito “Thunder Kid” Adiwang will fly the flag in the historic two-show ONE: Century on October 13 at the Ryogoku Kokugikan in Tokyo, Japan.

Such tasks do not just require Sangiao to be mentally ready. He also needs to be in top physical shape — especially with their intricate preparations for the big matches.

“We know the magnitude of these matches that the team will be facing, and like them, I also have to be physically and mentally ready as I assist them in their upcoming bouts,” Sangiao said.

“I join the team during workouts, and I also keep up with the drills that we do during training to stay fit.”

Right after the drills, the 39-year-old quickly goes back to the viewing room to assess, and re-assess, his athletes’ and their respective opponents’ previous matches.

That is how meticulous Sangiao has been in preparing his wards for this month.

“Being prepared for me is just half of the work. I make sure to review all the past fights of our athletes and their opponents to make sure I don’t miss out on certain details,” Sangiao said.

“Their development is very important because we know how exactly we’ll strategize, especially with the level of competition that we’ll be facing.”

With the physical preparations nearly complete, it is now about making his athletes believe they can conquer the mighty tasks they face.

“I always remind them to treat every match as if it’s their last match. They have to win to stay in the race,” Sangiao said.

“It won’t get any easier, but with the way they’re working and [with] their determination, I’m confident that we’ll bring back victories for the Philippines.”

No organization has ever promoted two full-scale World Championship events in one day, with 28 World Champions competing in multiple World Title bouts.

Joshua Pacio Reveals The Secret Behind His KO Of Yosuke Saruta

Troy Rosario steps up when TNT needed him most