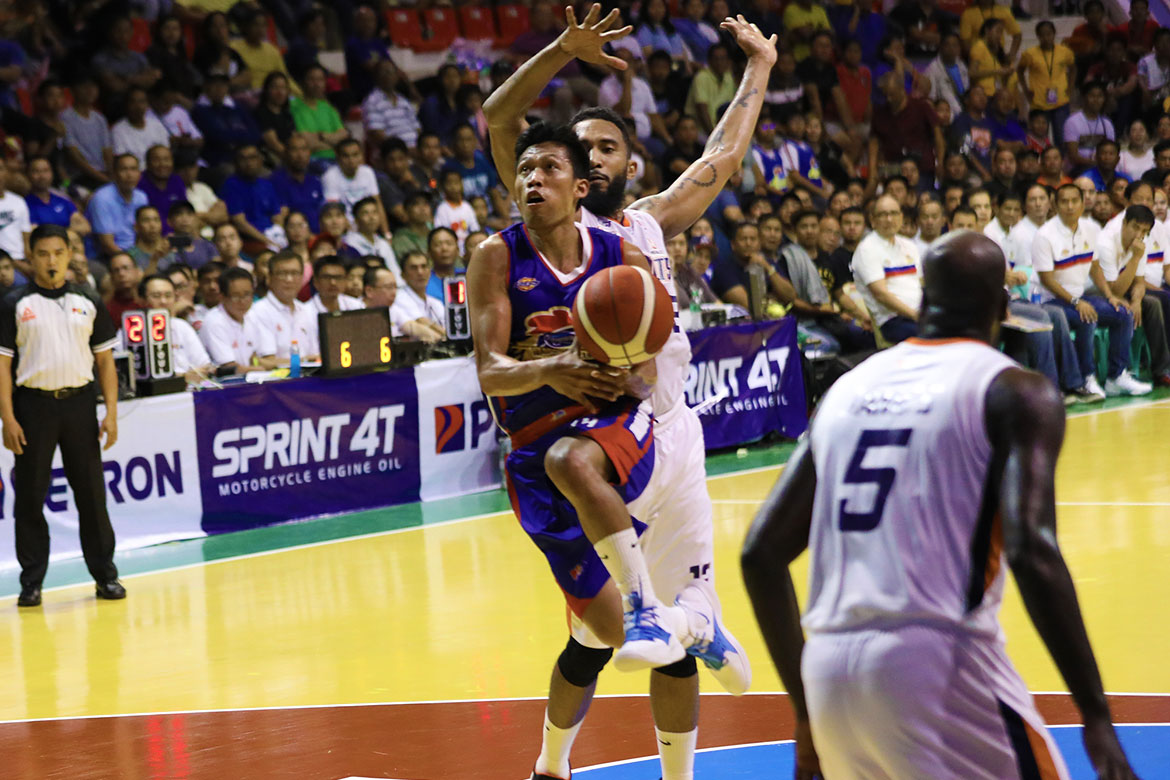 Mark Barroca did not disappoint his compatriots, helping the Magnolia Hotshots get past the Meralco Bolts, 99-88, to collect their fifth win in a row in the 2019 PBA Commissioner’s Cup, Saturday at the MVA City Coliseum, Zamboanga City.

Barroca finished with 21 points, six assists, and a steal in the victory that hiked the Hotshots’ record to 5-2.

Two of Barroca’s points early in the game came from the free throw line and it broke a 12-all tie, which sparked a fiery 18-0 blitz to give Magnolia a 30-12 lead. They would head at the halftime break with a commanding 51-33 edge.

The Bolts, however, would rally in the third, and a Chris Newsome bucket knocked them to within just four, 57-61.

But Magnolia would wake up from that slumber afterward. Big thanks to do-it-all guard Jio Jalalon, they would regain command of the match by building a massive 91-71 lead with 6:14 left to play, keeping Meralco at bay until the end.

Paul Lee — who fell down at the 10:21-mark of the fourth quarter after an apparent sprain in his left ankle following a hard drive to the rim, but managed to return five minutes later — produced 18 points built on four three-pointers.

Ian Sangalang chimed in 11 markers, 10 rebounds, two assists, a steal, and a block against six turnovers.

The Orangemen have now lost their fourth consecutive outing and have fallen to a 3-6 record.