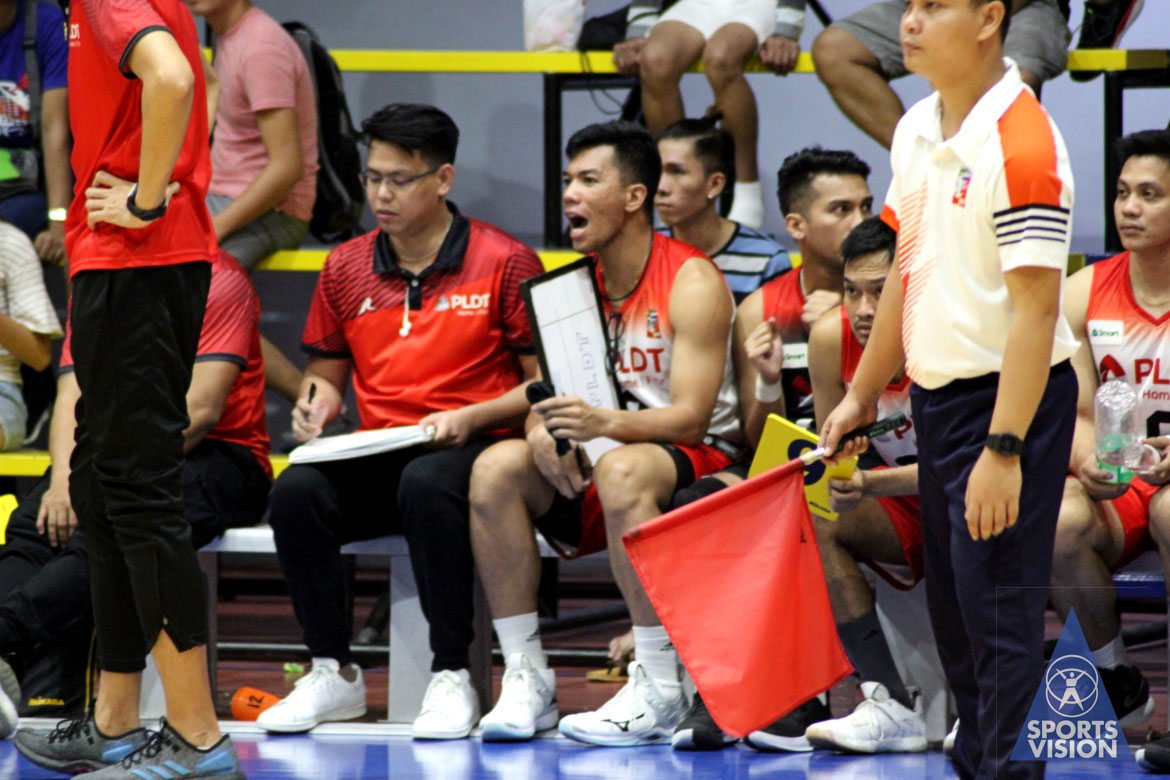 Known by many as one of the country’s most powerful wing attackers and servers, PLDT star hitter Mark Alfafara has always made an impact every time he enters the court.

However, in Game Two of their best-of-three semifinals series against defending champion Air Force, Alfafara failed to hit the floor.

And it was because he is still recovering from an illness which he suffered from last Friday.

Wanting to help his brothers-in-arms, the two-time Spikers’ Turf Best Outside hitter still made his presence felt.

But this time though, he made it possible from the sidelines.

With the Power Hitters facing elimination, Alfafara geared up in the fifth set, not to enter the game but to cheer for his teammates. He picked up an empty water bottle and started pounding the bottles at the floor along with his other teammates.

It surely paid dividends as it pumped life into a PLDT’s Finals hopes. The Power Hitters were able to eke out a narrow five-set victory against the second-seeded Jet Spikers and force win-or-go-home match on Tuesday.

The native of San Isidro, General Santos expressed his desire to suit up in the game, but the coaching staff opted to let him rest and recover first.

With the stakes as high as ever, PLDT head coach Odjie Mamon assured that Alfafara will be suiting up for the Power Hitters on Tuesday as they vie for one of the two Finals berths.