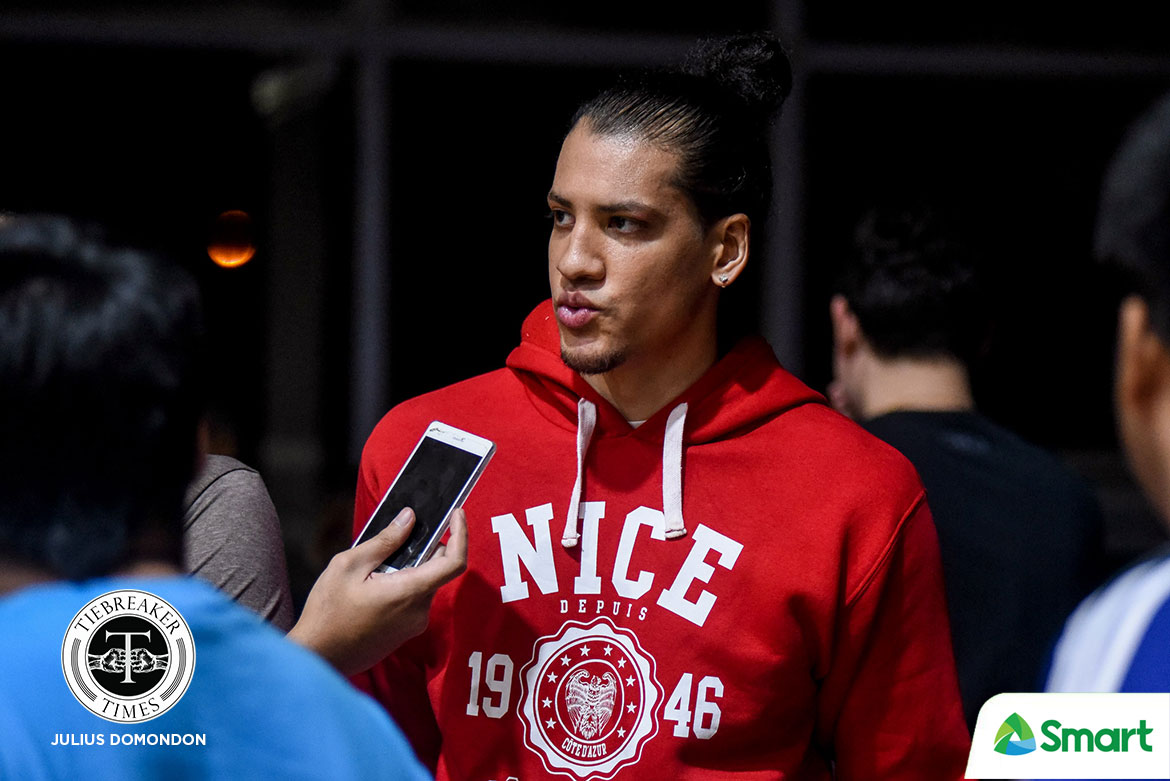 Marcio Lassiter has long waited to play for Gilas Pilipinas in the 2019 FIBA World Cup.

But the circumstances do not – and unfortunately, will not – permit him to do just that.

He suffered a grade 2 MCL sprain in his left knee during San Miguel’s 2019 PBA Commissioner’s Cup quarterfinal clash with NorthPort last July. It has been weeks, but until now, he isn’t where he wants to be in terms of recovery.

“[My knee is] Not where it needs to be. I know the type of game I play, I know the two-way player I am. It’s at the beginning stages of my rehab and it’s something that… On a feel, it’s not the way I like it to feel,” Lassiter confessed.

The injury really came at the worst time possible. For Lassiter, he’d been looking forward to the chance to play at such a grand stage like the World Cup from the moment he returned to the program last year.

But the injury stripped him of that opportunity. It also broke his heart.

“Very disappointed,” he said. “Knowing that when I started Gilas my second time around, I knew that if we have a chance to kind of be in this position, I want to be there. And I worked hard to train my body and do the things that I can necessary.

“It hurts more than anything.”

Still, one good thing he can take from this setback is that he doesn’t have to go under the knife. All that the 32-year-old from California needs now is rehabilitation on his knee.

“I’m just fortunate a surgery wasn’t needed,” he said. “I just have to continue to pray to God and trust the process.”

Lassiter was on the sidelines as he watched Gilas’ tuneup versus the Adelaide 36ers Friday at the Meralco Gym. Even if he’s ruled out of the Worlds, he still made it a point to show up and support his teammates.

And that’s what he plans to keep on doing, especially now that the team only has a week left before the tilt.

“Yeah. If I can be there to support, I would love to support the team. Because I feel like even if I’m not playing, I want to help cheer them on. Or just give insight – if I can give some pointers out to the young guys just to help them out,” said the eight-year pro.

“If I see something different, they can try to adjust to [it]. Hopefully, my experience could help if it’s needed. I would love to join the team and just try to be supportive and be there for them.”

Second tune-up versus Adelaide will be true test, says Blatche