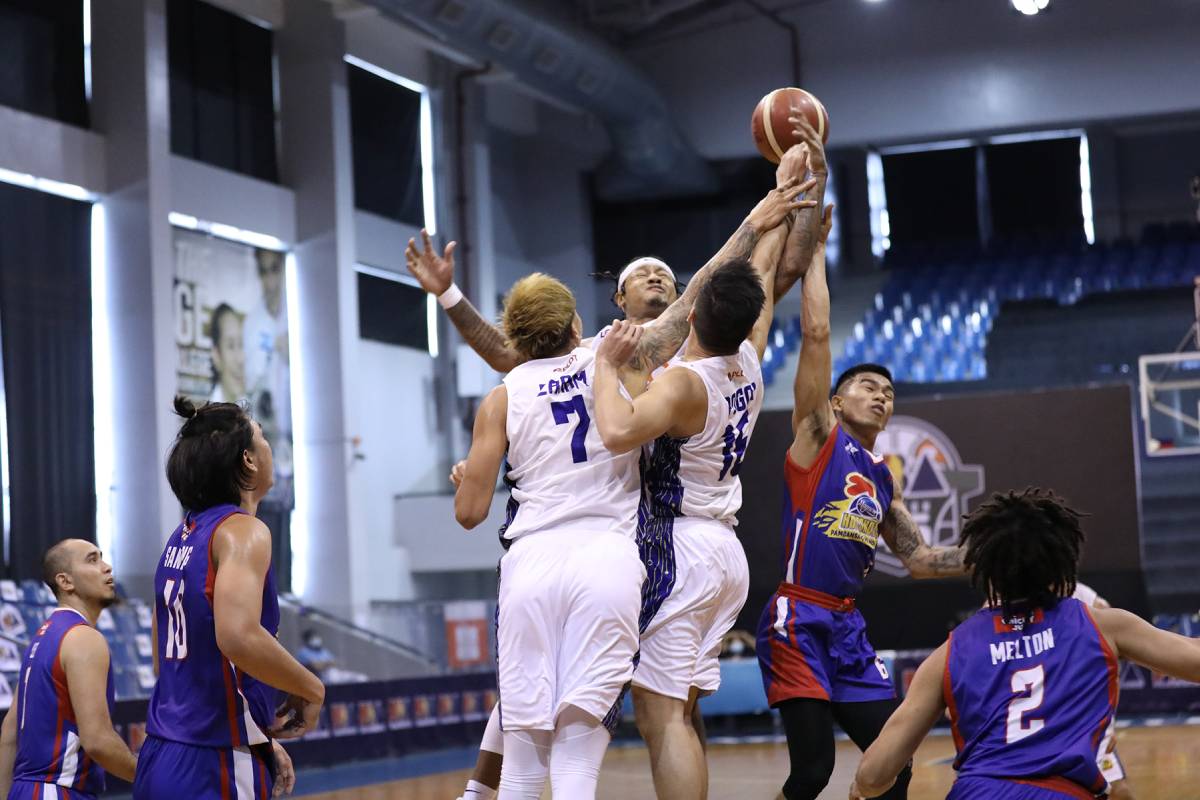 “We want to lower the score — we don’t want na maka-100 points ‘yung Talk N Text. We know the firepower of TNT and we just want them to slow down.”

The Tropang Giga are among the favorites in this conference due to their loaded squad, spearheaded by their starting five of Jayson Castro, Roger Pogoy, Troy Rosario, Ray Parks, and slotman Poy Erram.

Victolero himself acknowledged that they faced practically the Gilas Pilipinas squad. Still, their defense made it such a tough night for them — particularly the young yet seasoned duo of Pogoy and Rosario.

The 6-foot-2 Pogoy was averaging 21.7 points prior to the match. Tonight, though, he ended up with only seven points on 3-of-14 shooting from the field — and just 1-of-8 from beyond the arc.

On the other hand, Rosario only netted six points and committed four of the Tropa’s s 20 turnovers. Previously, the sweet-shooting 6-foot-7 forward averaged 14.0 points in their first seven games in the bubble.

For Victolero, that was just a testament to Magnolia’s character as a defense-oriented squad. The Hotshots were the top defensive team last season, and the 2018 Coach of the Year plans to keep it that way.

“It’s team defense. We prepared for their team. We know that’s [basically] the Gilas team. It’s a testament to our defensive scheme, and ‘yung mga ginagawa namin sa depensa.

“And I’m very proud, very happy with my players because that’s our character as a defensive team. We showed the true character of Magnolia Hotshots basketball,” he said.