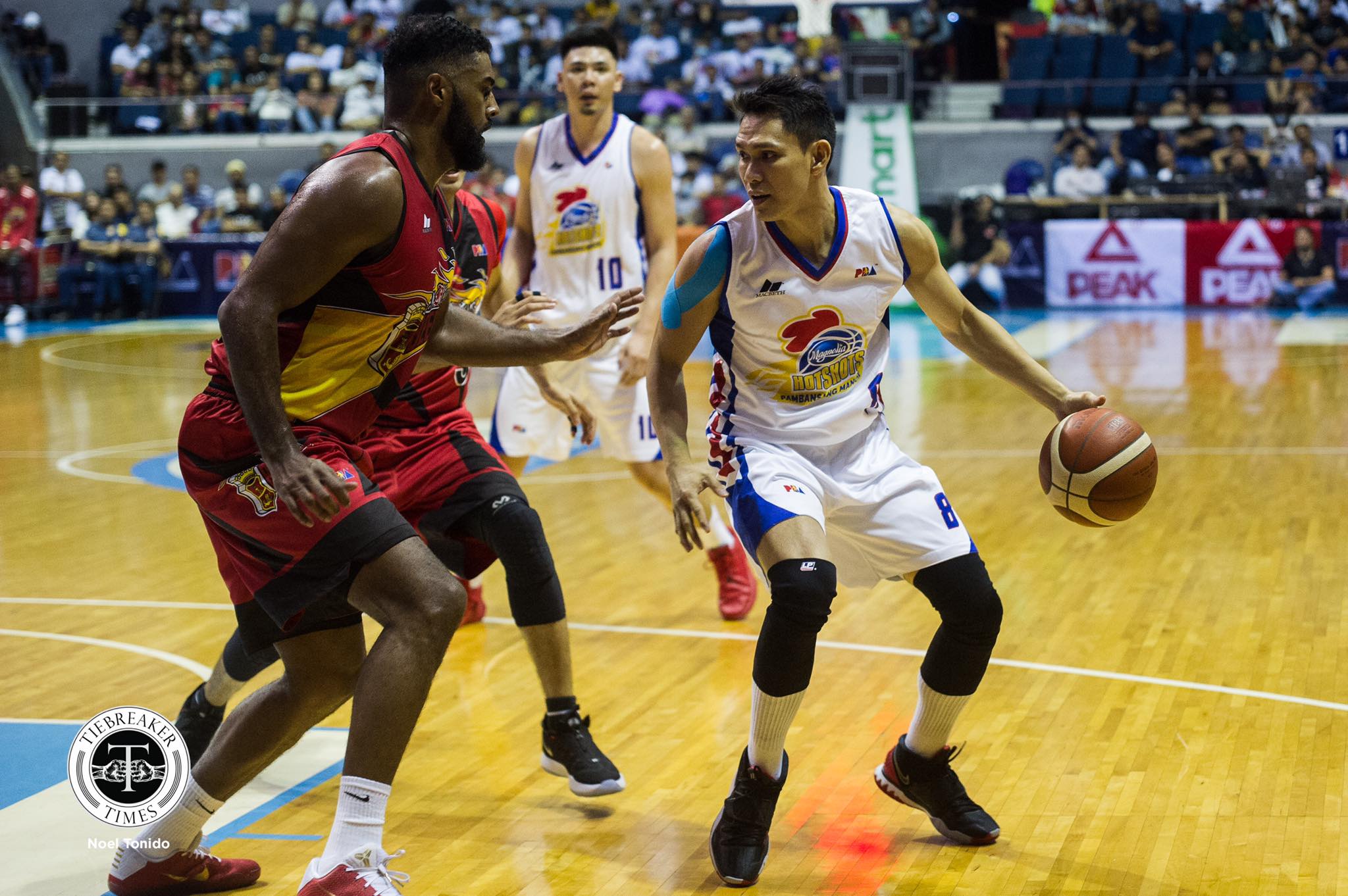 Magnolia will not have Peter June Simon when it enters the bubble in Clark, Pampanga for the PBA’s season resumption in October.

Hotshots head coach Chito Victolero said that he has not included the veteran guard in the 15-man roster for the upcoming tilt.

All 12 ball clubs have until Sept. 23 to submit the list of the names of the players, coaches, and staff they will bring into the bubble.

“We will try to submit our lineup maybe tomorrow,” Victolero wrote in a text message to Tiebreaker Times on Tuesday.

Simon is among the big names on the free agent list that rolled out last week, along with vets Sonny Thoss and Sol Mercado.

The 38-year-old Thoss, though, has since decided to retire from the PBA after 15 colorful seasons with the Alaska franchise.

Simon, 40, announced earlier this year that this season will be his last. For him, he feels it is time for him to call it quits.

Magnolia had even planned to honor him by retiring his no. 8 jersey last May 10 at halftime in its Manila Clasico match versus Ginebra. Unfortunately, the novel coronavirus (COVID-19) pandemic struck, forcing the league hierarchy to suspend all its activities last March.

The 45th season has played just one game so far. In that match, Magnolia lost to reigning five-time champs San Miguel, 78-94. Simon had four points.

It remains unknown whether Simon has retired from the game, or will return next season when the situation has hopefully improved.

Tiebreaker Times has reached out to the eight-time PBA champion, but he has yet to respond as of this posting.