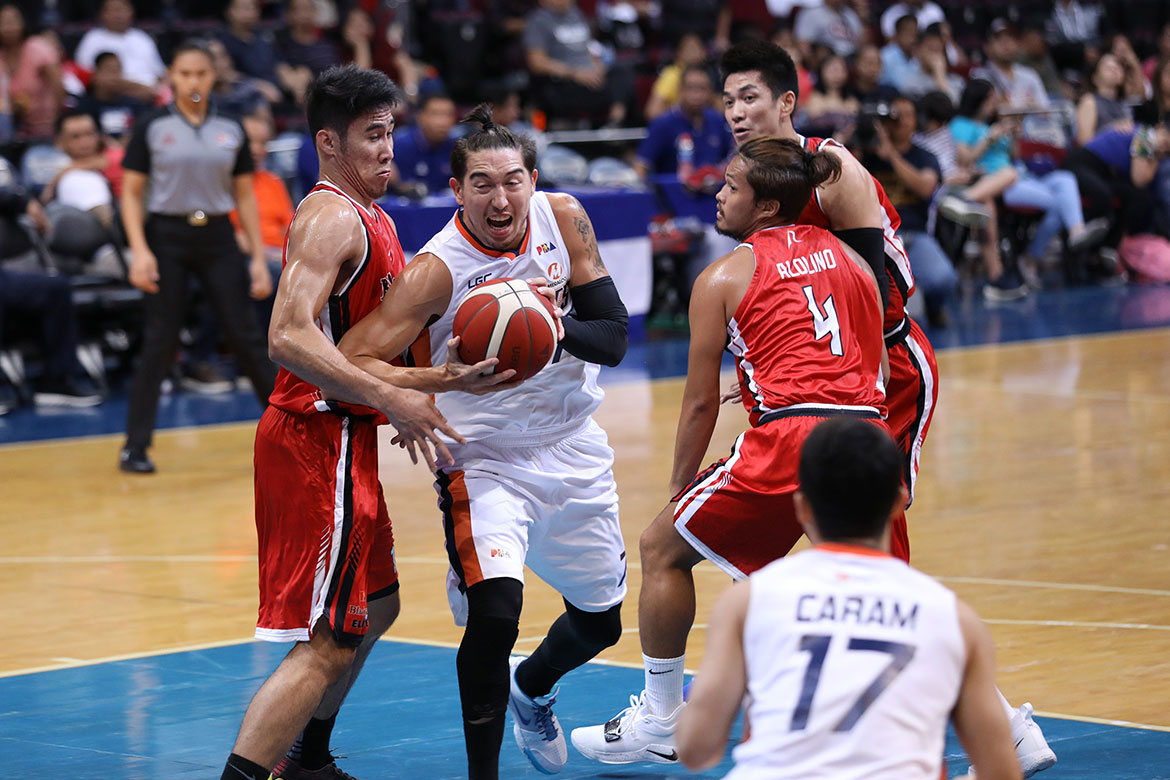 A rejigged Blackwater Elite fended off the Meralco Bolts in extra time, 94-91, to begin their 2019 PBA Commissioner’s Cup campaign on a winning note, Sunday evening at the SM Mall of Asia Arena in Pasay City.

Mac Belo sank a put-back lay-up underneath with 32.4 seconds remaining in overtime. After, Mike DiGregorio calmly sank his free throws with 17 ticks left to give Blackwater a 93-89 lead, which they hung on to en route to the victory.

“I’m just happy that the players stuck together, even though nalamangan kami ng Meralco, which is a very strong team with a very good coach,” said interim head coach Aris Dimaunahan. “I have to give it to my players.

“They stuck to the game plan. Even though we’re down, they stuck together and executed our offense. I’m proud of them for making those stops in the end game, and they didn’t fold. I always believe in these guys,” the youthful mentor added.

“Ray-Ray brings a lot of things to the table. He may not be all on scoring, but his leadership was shown here. He can make passes, he can make shots, he can defend. I’m happy for him, and we all welcome him here,” Dimaunahan remarked about the second overall pick in the 2018 PBA Draft.

Allein Maliksi chimed in 12 points in the victory.

Meralco’s loss spoiled the debut of foreign reinforcement Gani Lawal, who powered the Orangemen with a game-high 34 points on 44 percent shooting, along with 21 rebounds and three steals in the 43 minutes he saw action.

Lawal actually had a chance to send the game into another overtime, but his triple at the buzzer fell short.

Mike Tolomia was the only other double-digit scorer for the Bolts with 11 points.