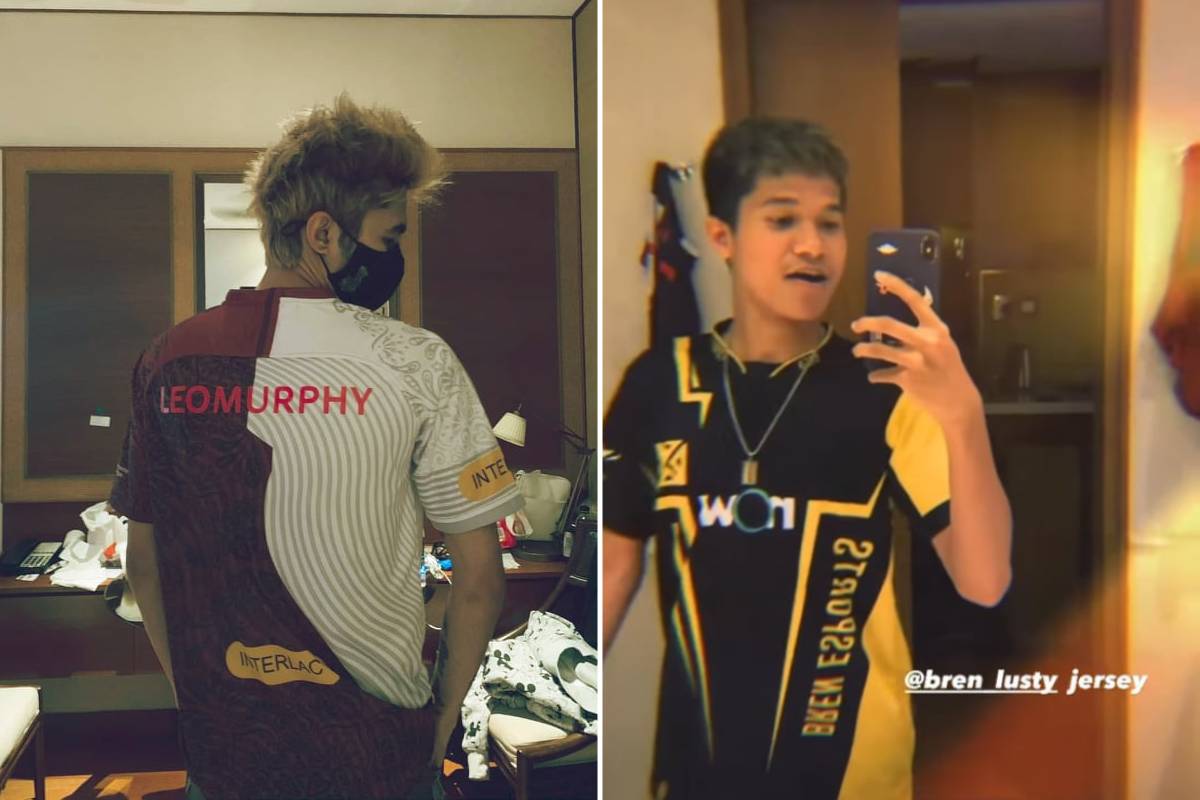 All is well between BREN Esports and Alter Ego as tanks Allan “Lusty” Castromayor and Julian “LeoMurphyy” swapped jerseys a day before the M2 World Championship playoffs, Thursday evening.

This, after a legion of fans from both teams figured in a heated exchange on social media in the wake of BREN Esports’ 2-0 victory over the Indonesia powerhouse in the M2 group stage.

BREN Esports’ Facebook group was invaded by Indonesian fans who threw tirades at the MPL-Philippines champion while Filipino fans did exactly the same in Alter Ego’s Facebook group.

BREN Esports rookie offlaner David Charles “FlapTzy” Canon also got the ire of the opposing team’s supporters after posting a picture of him and Karl “KarlTzy” Nepomuceno making a 2-0 sign in front of Alter Ego’s banner at the Shangri-La Hotel.

This might be a band-aid solution, since it’s possible that both teams will face each other again either in the second phase of the lower bracket, the lower bracket finals or in the grand finals itself.

One thing’s for sure, though – this will not be the last time we’ll hear from both teams’ fans.

BREN Esports finished at the top of Group C with a 2-0 for the lone upper bracket slot. Meanwhile, Alter Ego finished with a 1-1 record and was sent down the lower bracket.

#ReadMore  Bianca Pagdanganan slips out of contention in Pelican tourney

Alter Ego will go up against Group C bracket-mate 10S Gaming Frost in the first phase of the lower bracket. On the other hand, BREN Esports will face MPL-Myanmar champion Burmese Ghouls in the upper bracket tomorrow, Friday.