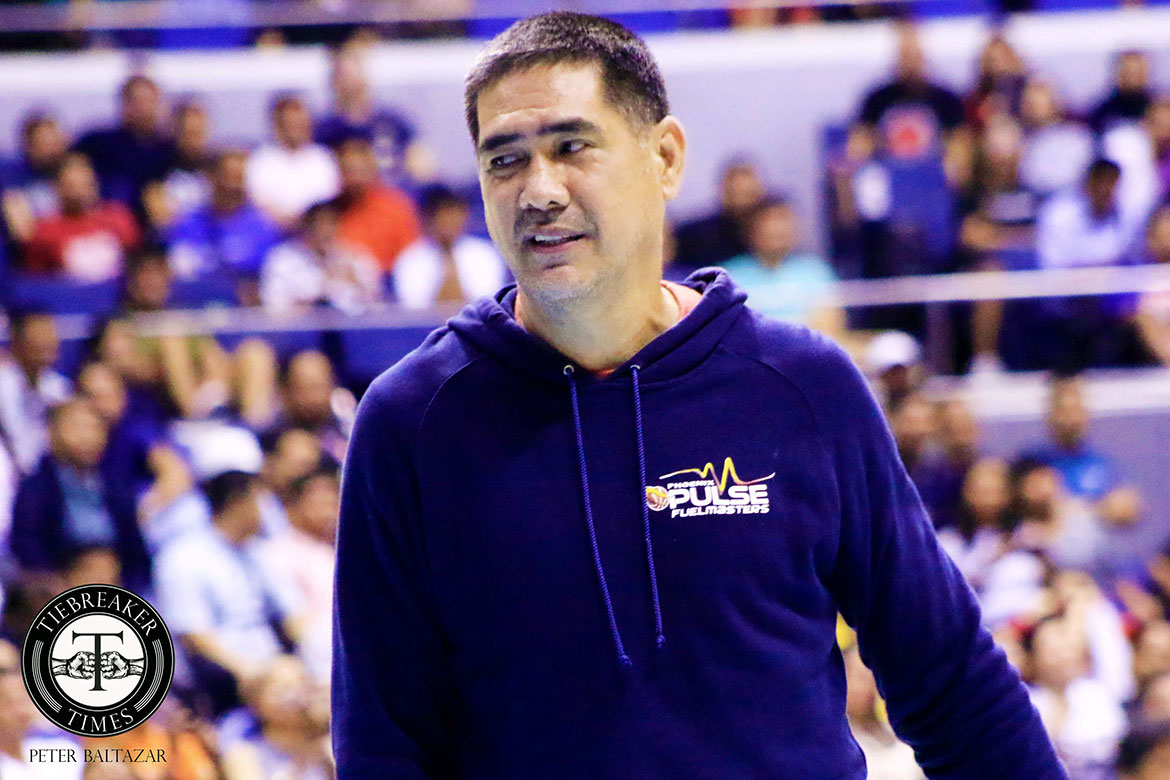 Louie Alas expressed his gratitude to Phoenix Super LPG now that his tenure as its head coach has come to an end.

In his statement on Saturday, the 56-year-old said that it was an honor and privilege to have mentored the Fuelmasters.

“Coaching the Phoenix Fuel Masters the past three years has been a great honor and privilege to me, and I thank the entire management, headed by Boss Dennis A. Uy for giving me all the support during my tenure.”

The champion coach also thanked the players and the coaches he has worked with in the three years he served Phoenix.

“I have great respect for all the players I have coached, and I also want to thank all the coaches I have worked with-who poured out their hearts and their efforts to the goal we envisioned to attain.”

Alas issued the statement a day after Phoenix announced that it would part ways with him, as the team has begun discussing its future plans.

That ended the partnership that began in 2017, which brought along much success, with Phoenix reaching new heights with him at the helm.

Alas steered the Fuelmasters to their first-ever semis appearance in the 2019 Philippine Cup, where they faced eventual champs San Miguel Beer.

The team pulled off that feat following a memorable 2018 Governors’ Cup campaign. There, it clinched a twice-to-beat edge, although it lost to Meralco in the quarters.

Phoenix has yet to release a reason for Alas’ release. Still, Alas — who compiled a 33-33 record with Phoenix — remains grateful.

Taking his place on an interim basis will be associate head coach Topex Robinson, who has been with him since their Alaska days.

“Last but not the least, I want to thank the Phoenix Fuelmasters community for being so welcoming to me during my time here. I wish Coach Topex and the entire team nothing but the best in their future endeavors.”

READ  Thirdy Ravena hopes PBA does not penalize him: 'I'm just a kid with a dream'
Related Topics:Louie AlasPBA Season 45Phoenix Fuel Masters
Up Next