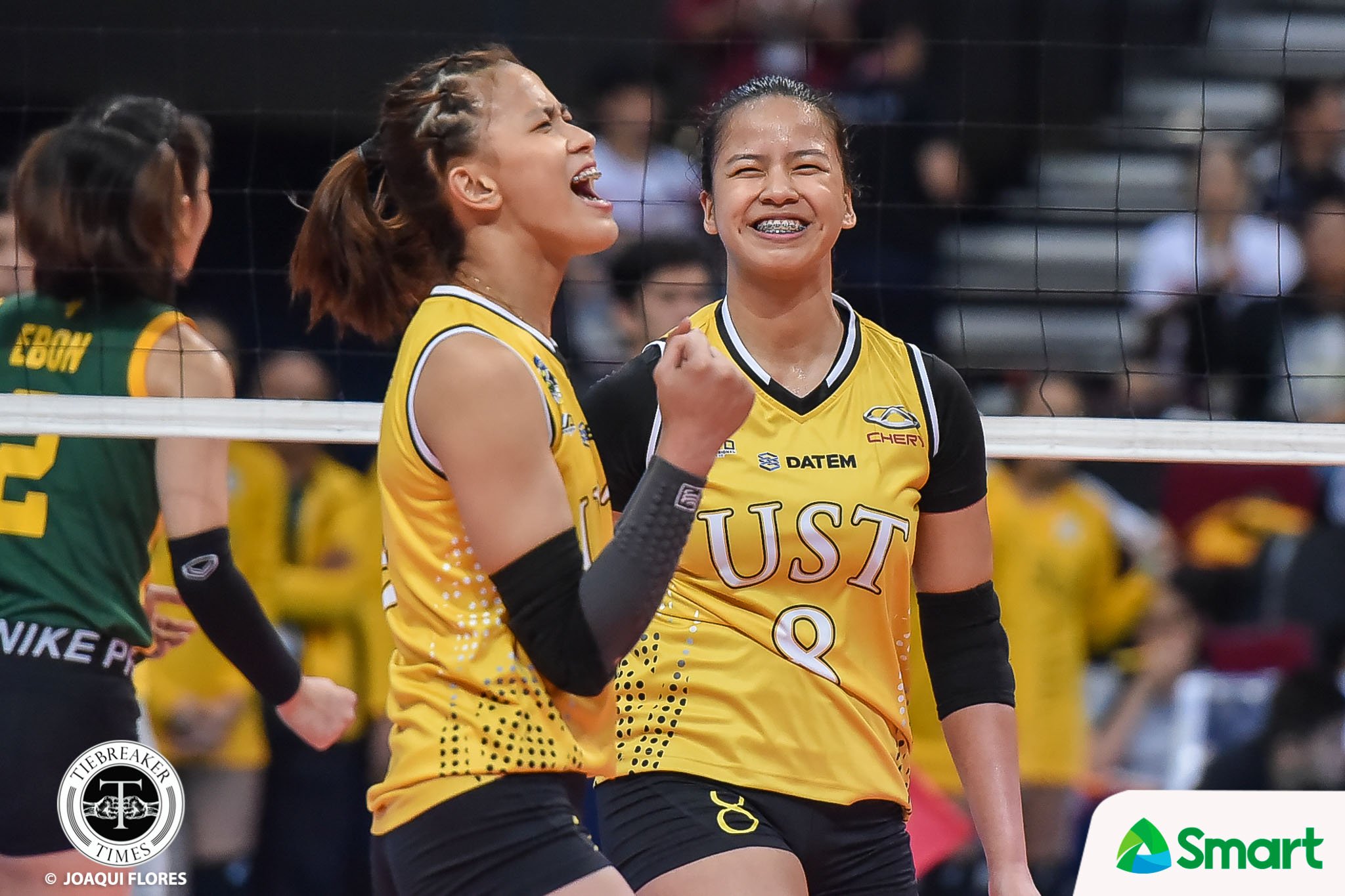 Eya Laure and the Golden Tigresses were just one set away from defeating National University and giving the University of Santo Tomas community its first victorious moment in UAAP Season 82, Wednesday.

But last season’s finalists failed to close out the game, crumbling in frustrating fashion before thousands of supporters inside the SM Mall of Asia Arena.

The younger Laure — who also couldn’t give elder sister EJ a triumphant league homecoming — is well aware of how heartbreaking the defeat is. And she even lost sleep over it. 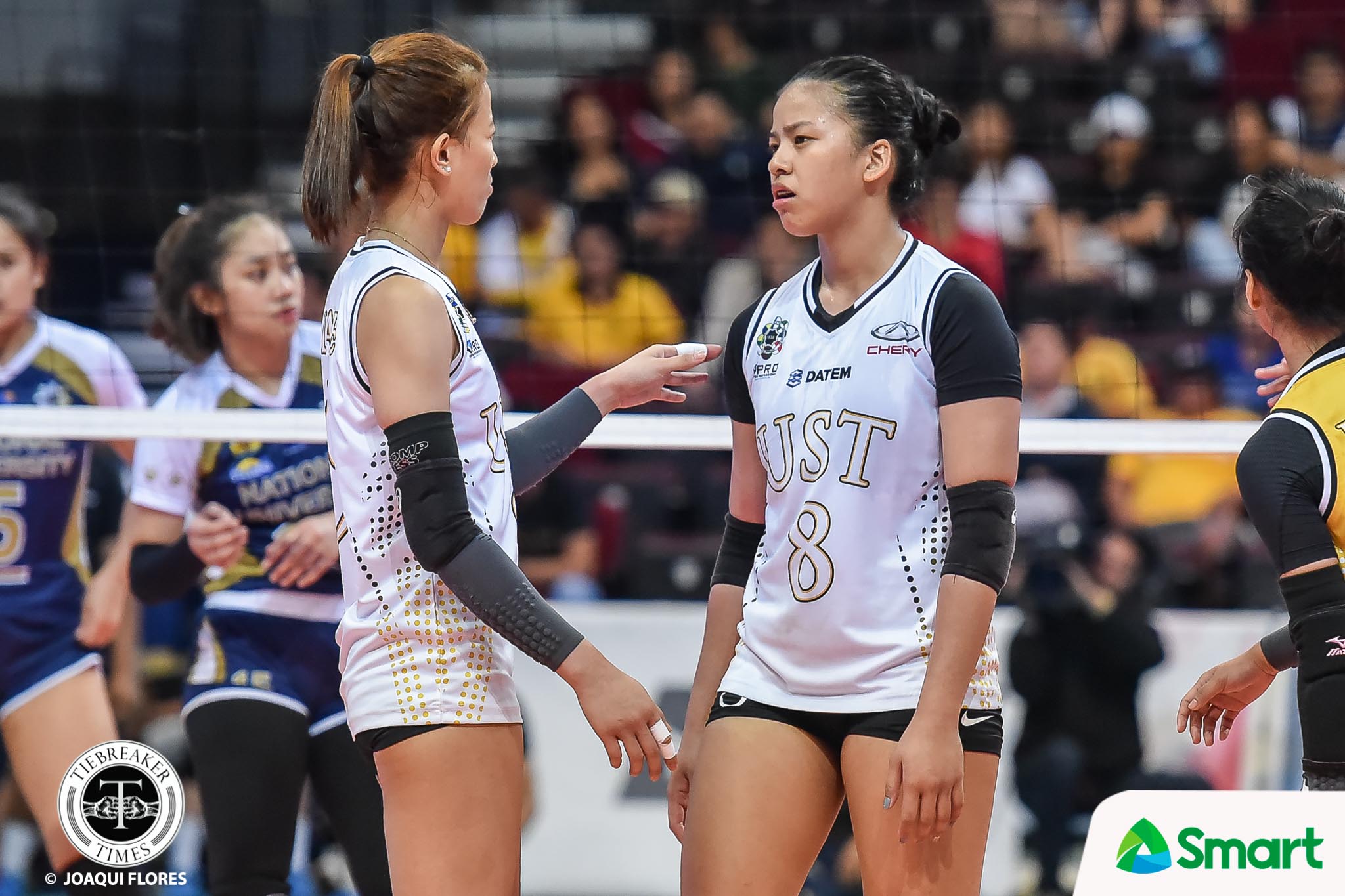 Still, Laure knew from that moment that she couldn’t afford to hang her head and dwell on such a setback.

Laure spared no effort while picking apart the Lady Tamaraws in straight sets. She made her presence felt all over the court, scattering 12 attacks, three blocks and an ace for a game-high 16 points, while collecting 14 digs and eight receptions.

Right after their breakthrough victory, Laure was a picture of happiness. But more than winning, she was elated to see her teammates get back on their feet together.

True enough, UST played with more vigor. Laure saw seven other Golden Tigresses score at least a point in the rout, while the rest made their impact on other on-court duties.

It didn’t surprise Laure that her teammates performed the way they did. She knew that it wasn’t just her who took the loss as motivation to be better.

Laure and the Golden Tigresses look to continue turning their fortunes around. And next up for them is the upstart De La Salle University.

Of course, UST will be putting in the hard work to never experience a heartbreaker again.

Being Magnolia’s muse was a unique experience for Kathryn Bernardo