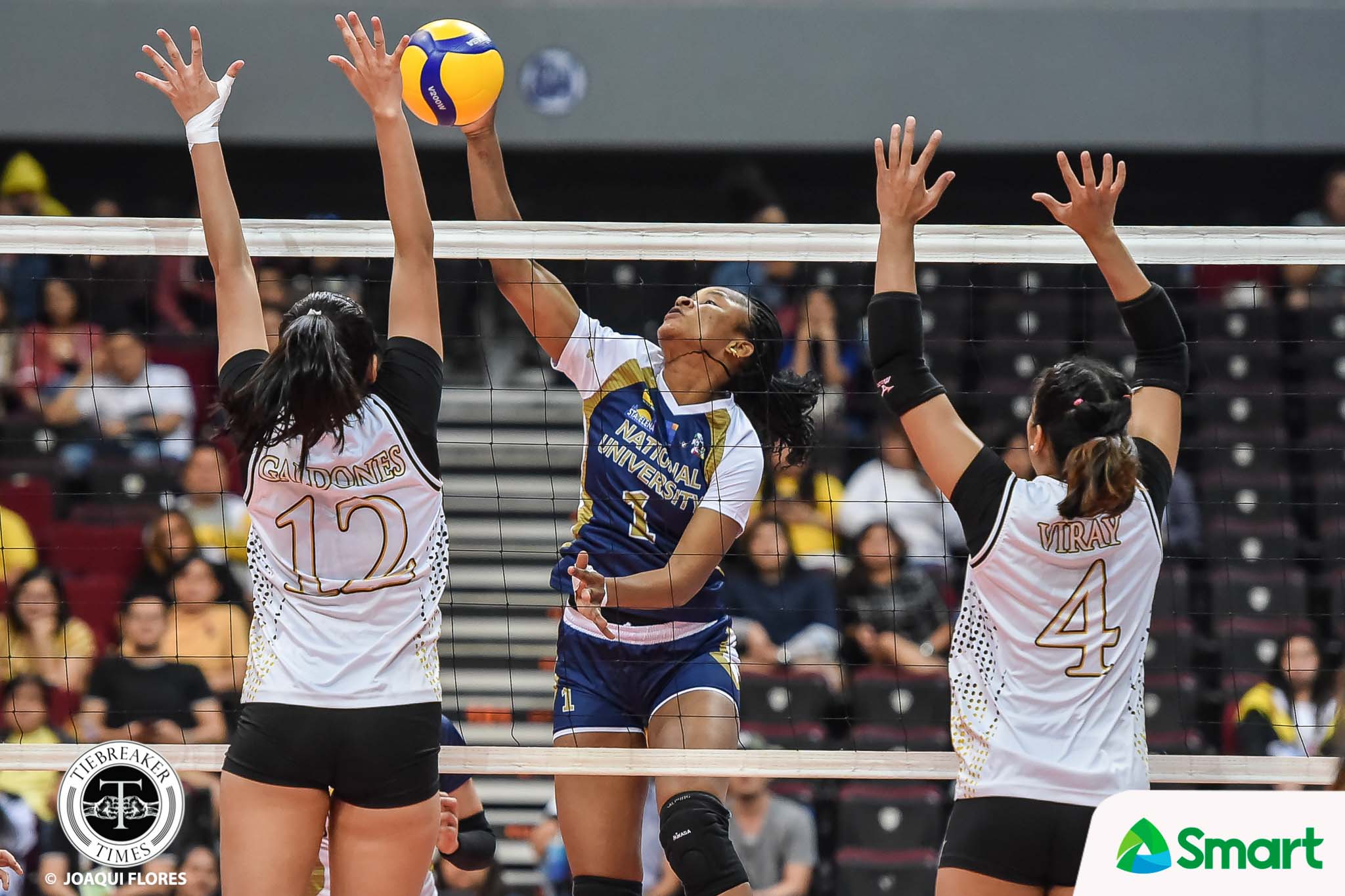 The troika of Margot Mutshima, Ivy Lacsina and Risa Sato rallied NU from a one-set deficit to forge a decider. There, the Lady Bulldogs displayed composure, providing the fire suppressant needed to douse the Lady Tigresses.

Mutshima impressed in her league debut, firing 23 points built on 20 attacks and three aces. The 6-foot-2 Congolese spearheaded the offensive charge, while Lacsina and Sato anchored above the net.

The second-year Lacsina and the returning Sato netted seven blocks apiece. The former also finished with 19 markers, while the latter ended with 17.

Joni Chavez ably stepped up in lieu of the injured Joyme Cagande, dishing out 21 excellent sets. For her part, Jennifer Nierva manned the floor with a double-double outing of 20 digs and 20 receptions.

NU head coach Norman Miguel said that his youthful wards needed to shake off the nerves early on. But once they found their confidence in the fourth frame, the Lady Bulldogs were giving UST all it could handle.

In the frantic fifth frame, UST errors propelled the Lady Bulldogs to a commanding 7-2 lead. Imee Hernandez and the Laure sisters then ignited the fire of the Golden Tigresses, who whittled at the deficit and knocked within one, 8-9.

But the returning Risa Sato refused to give way, restoring order with a thunderous quick. Both teams traded blows from there, until Margot Mutshima powered NU to match point, 14-11.

Mutshima sent her backrow attack wide in the ensuing play, giving UST some hope. Imee Hernandez then roofed Lacsina to trim the deficit, 13-14. But Lacsina gave a swift response, hammering down a quick kill to douse any chance of a comeback from the Golden Tigresses.

Eya Laure topped UST with 20 points in a losing cause, while Hernandez managed 18 in her collegiate debut. For her part, EJ Laure put up 17 markers in a somber return to the lair of the Golden Tigresses.

NU tries to stay on the right track when it collides Adamson University on Sunday, March 8. Meanwhile, UST seeks to enter the winner’s circle when it faces Far Eastern University on the same day. Both matches will be held at the same venue.