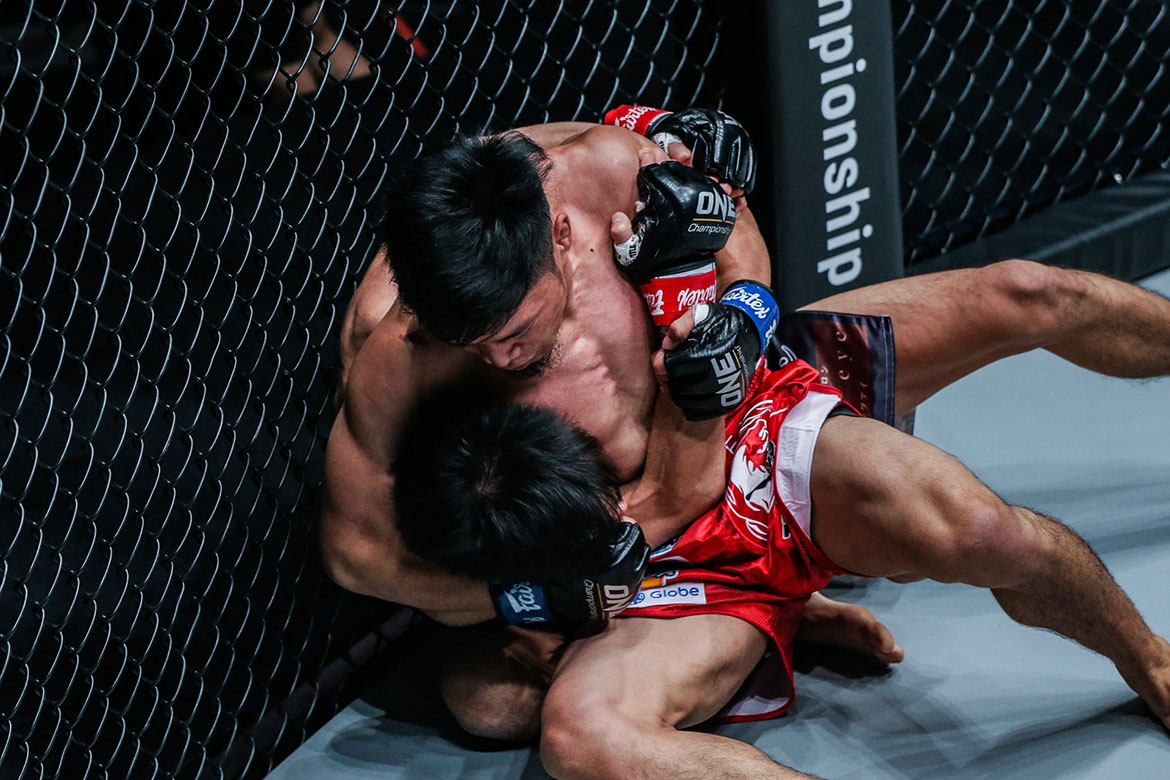 First impressions always last, and Lito Adiwang made one to remember.

The 26-year-old standout out of Team Lakay impressed in his ONE Championship debut, dominating Senzo Ikeda and taking a first round TKO stoppage (1:57) during Century: Part I, Sunday at the Ryogoku Kokugikan in Tokyo, Japan.

“I’ve been dreaming, I’ve been visualizing about this for a very long time. Finally, it came true. I just needed to put on the work,” said Adiwang, who raised his record to 10-2.

Adiwang started the match like a house on fire, throwing the Japanese fighter down while cranking a bulldog choke and locking his opponent’s right forearm between his legs.

When Ikeda tried to pop up, Adiwang pushed him back down. However, Ikeda landed badly and fell on his right forearm first, resulting in a fracture.

The official had no other choice but to stop the bout.

“We’ve been trying to submit him on the ground. Sorry about that injury, I’ve been telling the ref about it. Again, I’m sorry about it,” said Adiwang, a product of the ONE Warrior Series.

Despite this debut, Adiwang promises that the world has yet to see what he can truly do.

“This is just the beginning for me.”