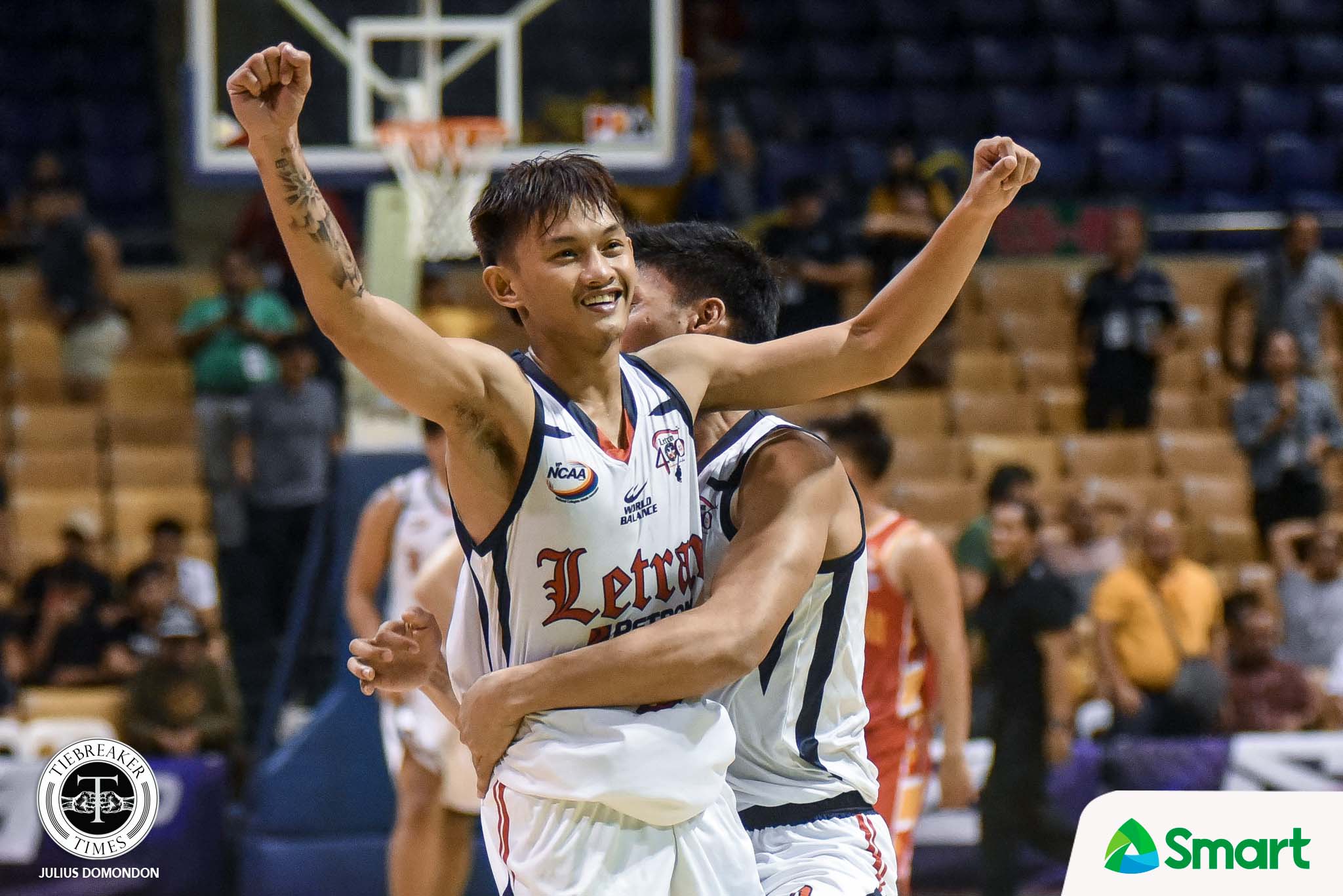 Letran weathered a huge comeback attempt by San Sebastian, taking an 85-80 win in phase one of the NCAA Season 95 Seniors Basketball Stepladder, Tuesday at the Cuneta Astrodome in Pasay City.

“In the end, a win is a win,” said a relieved Letran head coach Bonnie Tan.

Still, the Knights needed to dig deep for the right to take on Lyceum on Friday, November 8, also at the Astrodome.

The Knights saw their once 77-63 lead go down to three, 83-80, with 13.3 ticks left. Jerick Balanza then muffed both of his free throws that would have given Letran a two-possession cushion.

Fortunately for the Knights, Fran Yu was there for the offensive board. Yu, who was fouled by Ken Villapando, calmly sank the two free throws to fend off the Golden Stags.

Yu had 10 points, seven rebounds, two assists, and a steal for Letran.

Leading the way for the Knights were graduating players Jerrick Balanza and Bonbon Batiller. Balanza had 15 points, while Batiller added 14.

Batiller’s two triples were pivotal, as they gave a 14-point cushion early in the final frame.

However, RK Ilagan caught fire, leading San Sebastian’s comeback. The pint-sized sniper scored 13 points, capped by a booming triple with 1:40 left that cut the lead to just one, 81-80.

Ilagan, who tallied a career-high 36 points built on seven triples, cramped up with 35.6 ticks left.

Seconds before that, King Caralipio was able to score on a leaner to extend Letran’s lead to three.

Allyn Bulanadi and Alvin Capobres played their last game for San Sebastian. Bulandi had 15 points on 5-of-17 shooting, while Capobres added five points.