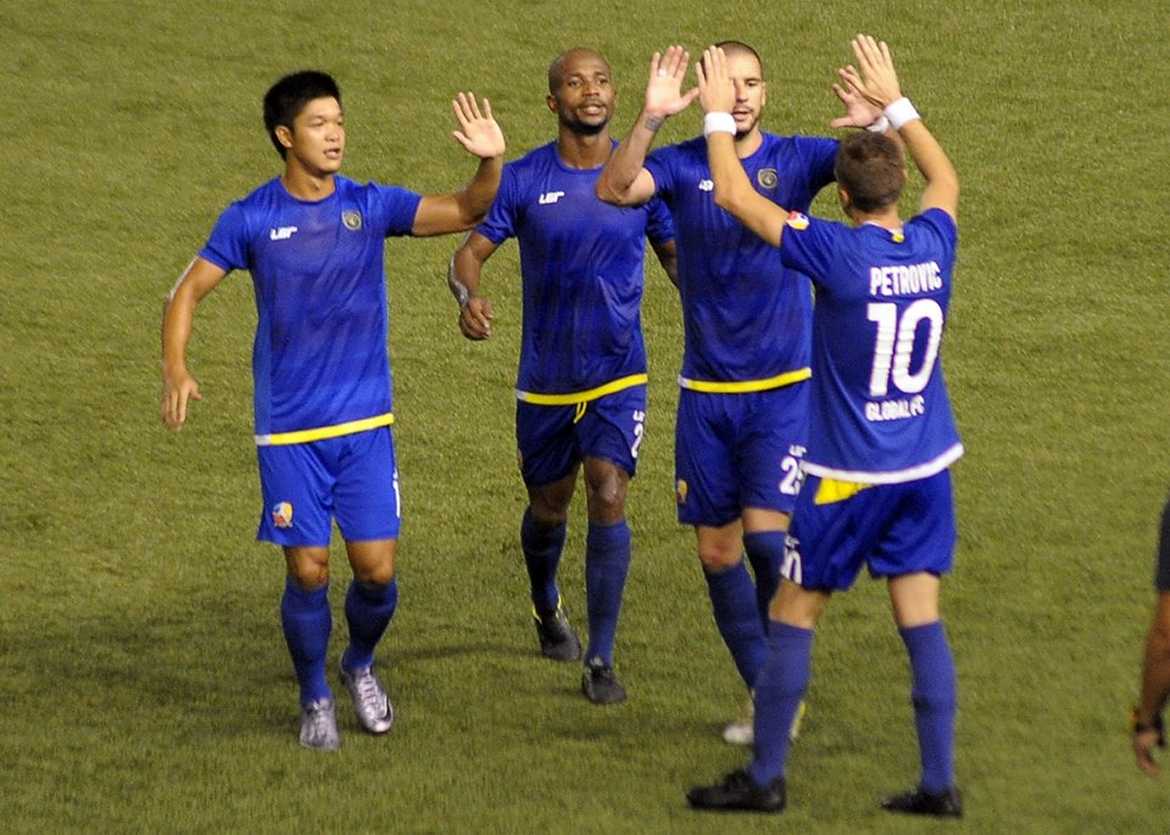 Global Football Club defeated the Chinese Taipei National Team, 1-0, Monday evening at the Rizal Memorial Stadium in Manila. The match was produced as a means for Global to prepare for their upcoming 2016 Singapore Cup campaign which will commence this weekend.

There were two 40-minute halves played and an Ojay Clarino goal at the 78th minute allowed the 2016 UFL Cup winners to go to Singapore at the back of a win.

Chances seldom came for Global in the first half. Misagh Bahadoran’s trademark hustle allowed him to win the ball at a dangerous area and to get a sniff at goal, only for the opposition goalie to thwart him. Afterwards, Hikaru Minegishi missed the target from a tight angle. It finished goalless at the break with finishing in front of goal an apparent concern.

Come the next period, it was Chinese Taipei who threatened to snatch the win. A Junjun Badelic last-ditch clearance the post were the two factors which denied them a certain knockout blow. The away side were then punished two minutes from time when Clarino directed the ball home to give Global a narrow victory.

Up next for Global is a knockout match against Cambodian side Nagaworld FC in the 2016 Singapore Cup. The match shall be held on Saturday, May 27 at 7:30pm. It is set to be played at the Jalan Besar Stadium in the city-state.

The 2016 Singapore Cup is the second international competition Philippine clubs have participated this season after the continental AFC Cup.

Aside from Global, current UFL champions Ceres-La Salle FC will see action in the said tournament. Ceres-La Salle will face Singaporean development team Young Lions on Sunday, May 29 at 7:30pm again in the Jalan Basar Stadium.

Kaya, Ceres gear up for AFC Cup knockout round