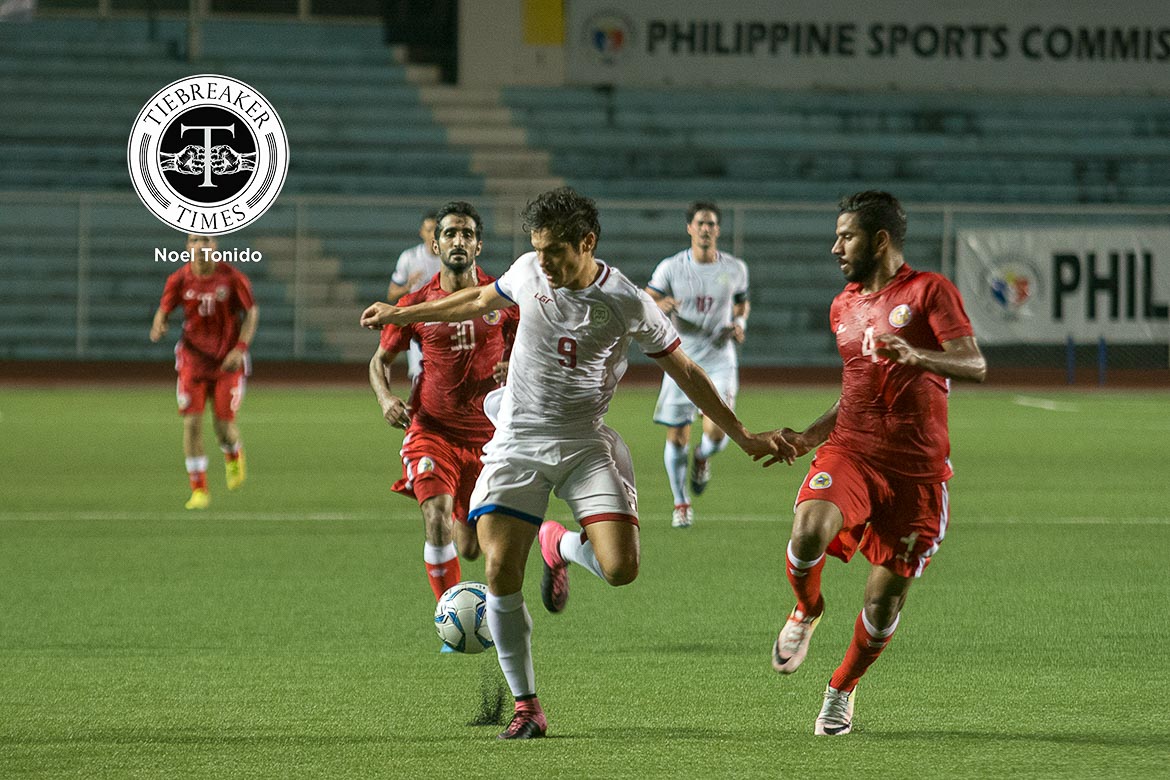 The Philippine Men’s National Football Team’s campaign in the 2018 Bangabandhu Cup has come to an abrupt end with a 0-2 loss at the hands of Tajikistan at the Cox’s Bazar Stadium in Bangladesh.

The Tajiks dominated the first half and bombarded Filipino goalkeeper Louie Casas’ goal and it was inevitable that the Central Asia nation broke the deadlock at the 31st minute. The Philippines failed to clear its lines which allowed Komron Tursunov to shoot past Casas for the opener.

The Filipinos failed to respond quickly to the setback which forced coach Anto Gonzales to substitute skipper Misagh Bahadoran and Kenshiro Daniels for Angel Guirado and Jarvey Gayoso respectively.

However, the game was stopped for a long period in the second half when Casas received an injury on the face. Medics tended to the veteran stopper and he continued to play in the game soon afterwards with a headband.

Tajikistan went close to sealing the victory nine minutes from time. UAAP Season 80 MVP Ian Clarino committed a foul outside the Philippines Box and forward Dzaxongir Ergasev stepped up to take the free kick. Ergasev, though, was denied by Casas’ fine stop.

The Philippines then had last-minute assaults on the Tajikistan goal but no attempt did enough to properly threaten goalkeeper Rustam Rizoev. The Filipinos’ desperation for an equalizer allowed the Tajiks space to attack and Axtam Nazarov to seal the win deep into stoppage time.

With the result, the Philippines exits the tournament in the semi-finals stage. On the other hand, Tajikistan will face either host nation Bangladesh or Palestine in the championship game. Palestine and Bangladesh face off on October 10 while the big dance will be held two days later.

READ  Despite 30-20 game, Khaspri Alston still not at his peak