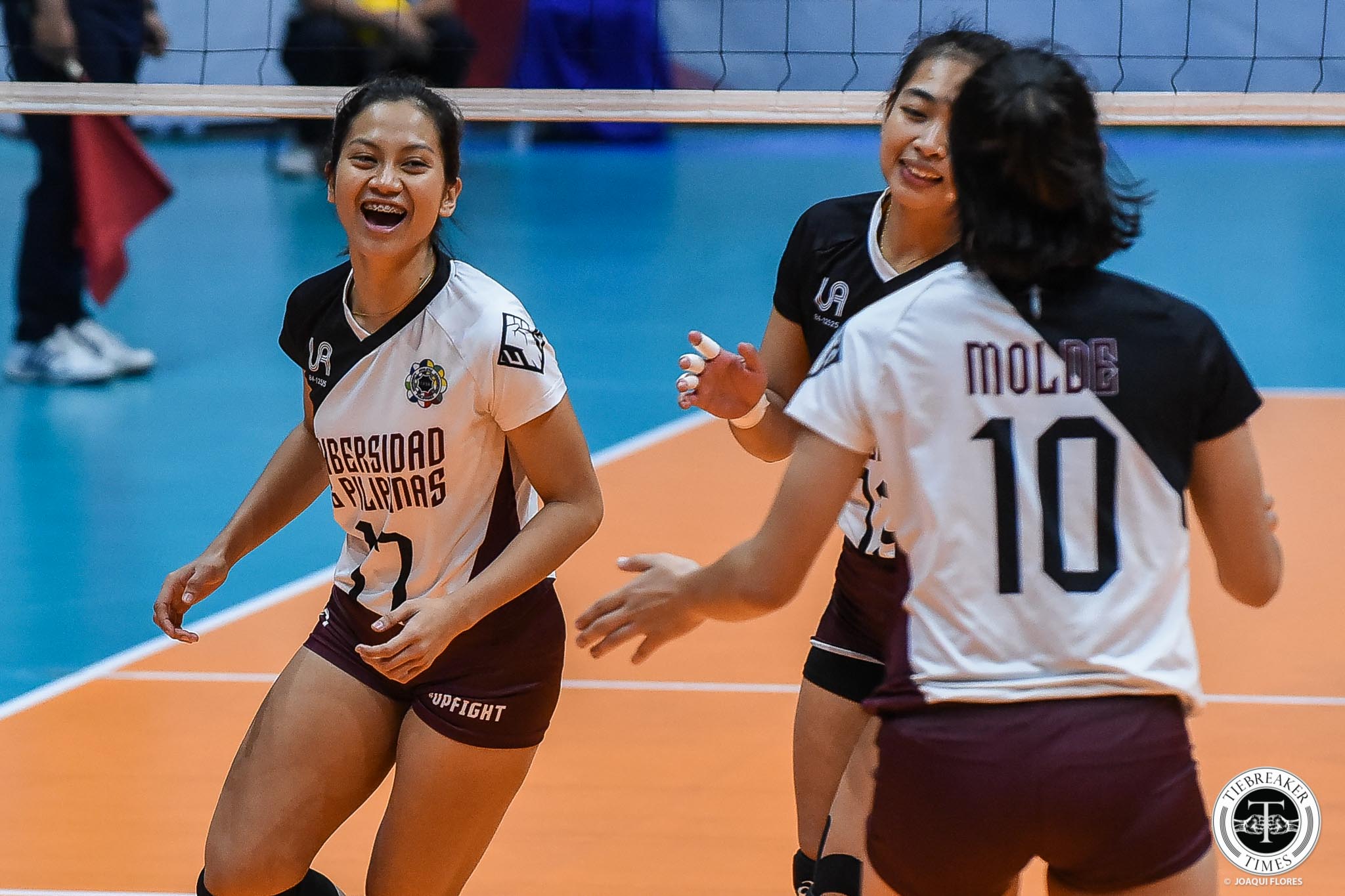 After two uncharacteristic outings, the University of the Philippines Lady Maroons bucked a slow start and drubbed the Adamson University Lady Falcons, 25-27, 25-14, 25-12, 25-21, to end the UAAP Season 81 Women’s Volleyball tournament at the FilOil Flying V Centre.

An error-plagued first set led to UP losing steam towards the end, allowing Adamson to sneak up and take the set. The next two frames, however, had the Lady Maroons take massive 19-9 leads. By the fourth frame, UP had put the match away after taking a 24-17 advantage.

The Lady Maroons relied on their efficient offense throughout the match, limiting their errors to 19 while Adamson gave away 34. UP also converted 53 attack attempts to Adamson’s 41.

“Today we just wanted to focus on finishing out sets and staying sharp,” said UP head coach Godfrey Okumu.

“In our past games, we had the tendency to hurry things. I told them before the match that I just wanted them to play without fear and play smart; the type of volleyball I know they can play,” he added.

Tots Carlos and Isa Molde each provided 14 points for UP, while middle blocker Marist Layug managed 11.

The Lady Falcons settled at the bottom of the standings with a 1-6 card.