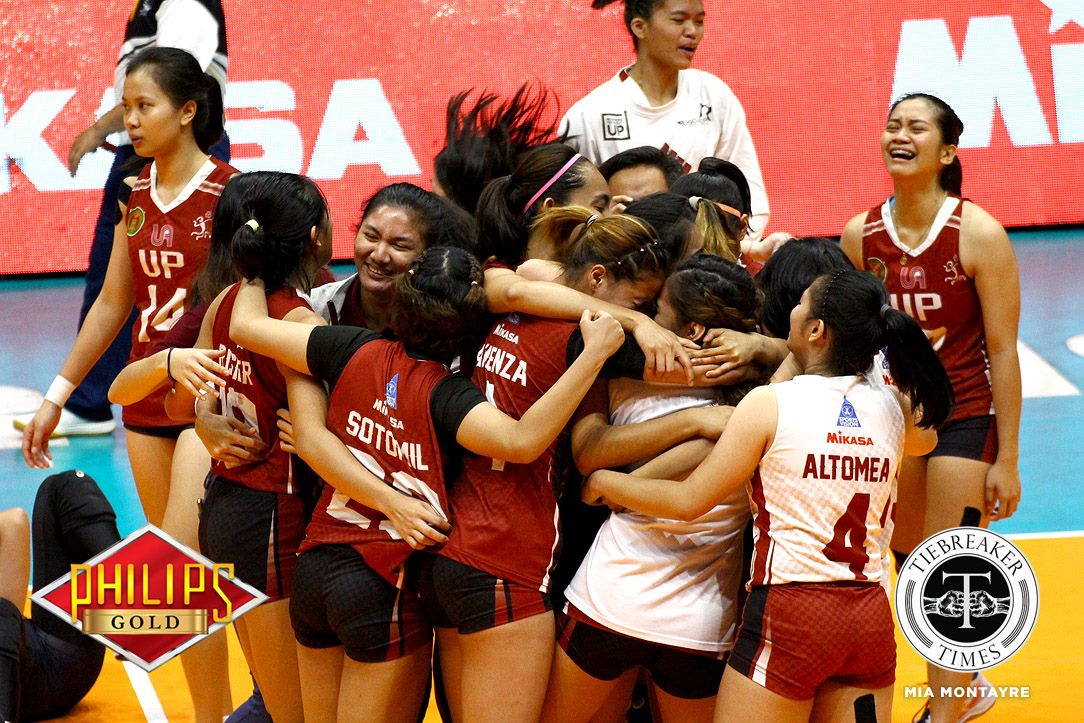 The wash of relief over the University of the Philippines Lady Maroons when they clinched the PVL Collegiate Conference title last Wednesday could be felt all over the FilOil Flying V Centre.

Thirty-six years of futility ended with one of the most dramatic finishes in league history. For a program that has experienced the ups and downs of rebuilding over the last five years, the title came as a reprieve. 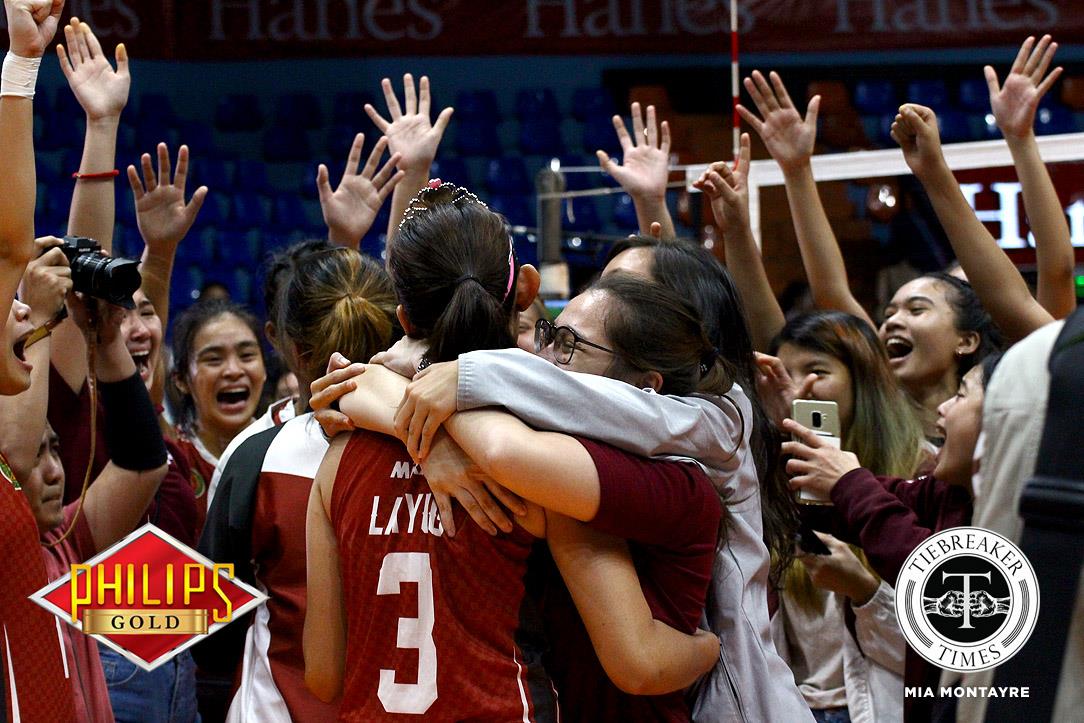 While the championship quenched a prevailing thirst over their community, the Lady Maroons were quick to acknowledge that they had their eyes on a bigger feat – a UAAP title.

However, history has not been kind to recent champions of the Collegiate Conference.

In the past three years, the conference was dominated by the NU Lady Bulldogs, who declined to participate this year. Come UAAP season, the Lady Bulldogs were consistently far from their dominant form in the preseason.

The UAAP Women’s Volleyball Tournament during Seasons 78 and 79 had the Sampaloc-based program miss the Final Four. While they climbed back into the semifinals in Season 80, the Lady Bulldogs suffered a disastrous collapse in the second round – losing six of their last seven matches after going 6-1 in the first round.

For the runners-up of each of NU’s reigns, the UAAP season was much kinder. The Ateneo Lady Eagles, the silver medalists of NU’s first two championships, went on to the UAAP Season 78 and 79 Finals. FEU, last year’s second-placers, recorded the program’s first UAAP Finals appearance in nearly a decade in Season 80.

To UP head coach Godfrey Okumu, this just strengthens the fact that the UAAP presents a unique, high-pressured environment.

As he has stated over the course of the season, the Lady Maroons are from a finished product as they integrate rookies and tinker with lineups.

“That’s true. I’ve had people talk about that. But… that’s homework. I’m taking that with me and we’ll talk about it,” the Kenyan tactician told Tiebreaker Times.

After a back-to-back stints in the PSL and PVL, Okumu is looking at possibly getting his players some rest, for now. 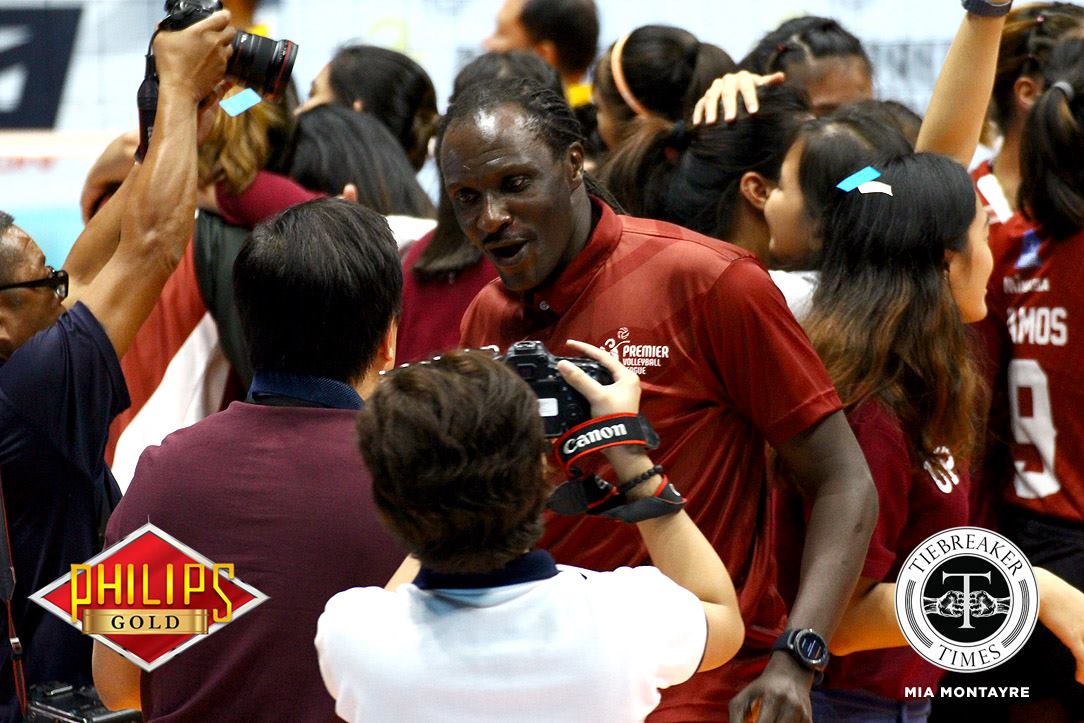 “I will remind my players as we’ll be training. We’ll try to avoid getting worn out. I think participating in many tournaments… we’re going to have to think about it,” he disclosed.

“We might take a break for a couple months before we can participate again. If we continue playing all the games, by the time UAAP comes up we’ll wear out.”

The biggest difference between UP and the past NU teams that won championships is that the Lady Maroons have a superstar waiting to get back in the lineup.

NU’s preseason lineups barely differed from the ones they ended up fielding in the UAAP. Aside from making tough choices from their wide pool of rookies and veterans, UP will add Tots Carlos come Season 81.

The fact that they won a championship without their leading scorer over the past two years excites Okumu for the possibilties when she returns.

“We have to introduce Carlos back into the system. That’s very exciting. We really miss her in our team,” he thought.

“But, as a say that, we really are looking at UAAP. That’s the big one.This is our journey towards UAAP. But, I cannot talk about a bridge that is still miles away. When we reach it, we’ll cross it. Remember, we lost four games before we won this title.”

Aside from his team, Okumu is most concerned about getting a feel for the two contenders they did not face in the tournament: three-peat champs La Salle and Ateneo.

“It’s big that we haven’t played against La Salle, also. They’re the champions and they set the standard in the UAAP. Ateneo, also, we have to see them play.”