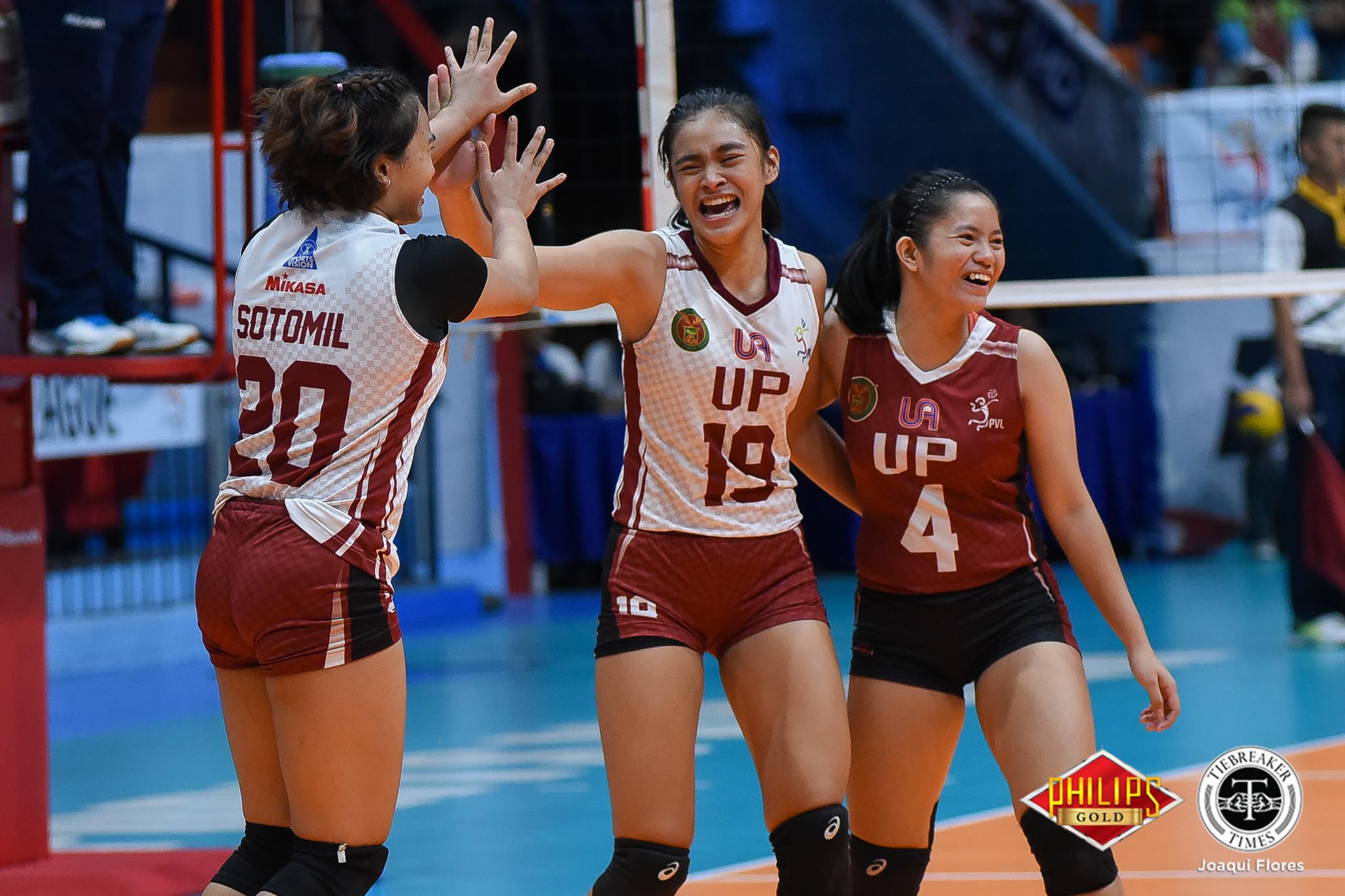 Flustered through the early parts of the match, the University of the Philippines Lady Maroons shook off their nerves and the Far Eastern University Lady Tamaraws in a thriller, 14-25, 22-25, 26-24, 25-18, 15-5, coming within a game of the PVL Collegiate Conference title at the FilOil Flying V Centre.

The Lady Tamaraws opened the match with a flurry, working off clumsy Lady Maroons efforts on offense and floor defense. After a convincing 20-9 blitz in the first set, FEU faced much tighter contention in the second frame.

UP got the better of a sloppy start to the second set, nailing a 21-19 lead following a Roselyn Rosier hit. Following a timeout, FEU regained control thanks to UAAP Season 80 Best Blocker Celine Domingo. The second-year Lady Tamaraw roofed three different Lady Maroons in a six-point FEU swing that gave them a 2-0 sets lead.

The Lady Maroons seemed poised to decisively extend the match, taking a 21-16 lead in the third set off terrific plays from Marian Buitre and Marist Layug. However, FEU slowly crawled back, erasing a 23-19 deficit and tying the set at 24 after consecutive UP errors. The Lady Tamaraws then stopped their own run with back-to-back errors that forced a fourth set.

UP did not allow a collapse in the following frame. Layug, Ayie Gannaban, and Marian Buitre established an insurmountable 20-13 barrier. FEU tried to come back, but their efforts resulted in errors.

With the fourth-year middle blocker Layug continuing to wreak havoc at the net and service line, UP rushed to a 3-0 lead in the decider. With middle blocker Domingo aggravating her knee injury before the fifth set, FEU struggled to rejuvenate their attack. The Lady Maroons took full advantage of their deflated foes, drumming up a 12-3 lead with their gallery of plans roaring after each point. Quick plays from the middles eventually handed UP the match.

“I thought my players did a great job of staying focused despite our struggles. We were having a hard time passing in the first two sets. But we eventually made it through,” said UP head coach Godfrey Okumu.

Isa Molde led the balanced UP offense with 16 points to go with 14 digs. Rosier added 15 markers.

Game Two will be on Wednesday at the same venue. UP can clinch their first major title since winning the UAAP crown in 1986. 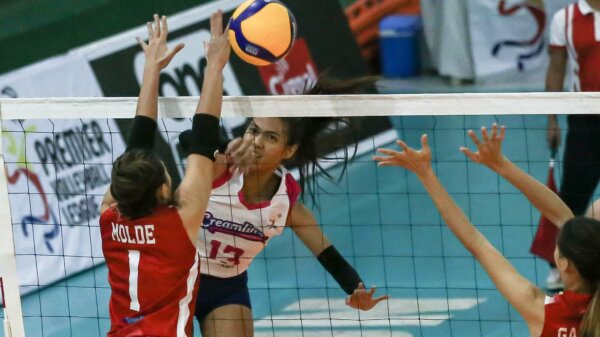 BACARRA, ILOCOS NORTE — With Jeanette Panaga out, Celine Domingo provided Creamline with quality minutes during its three-set conquest of PLDT in the Premier... 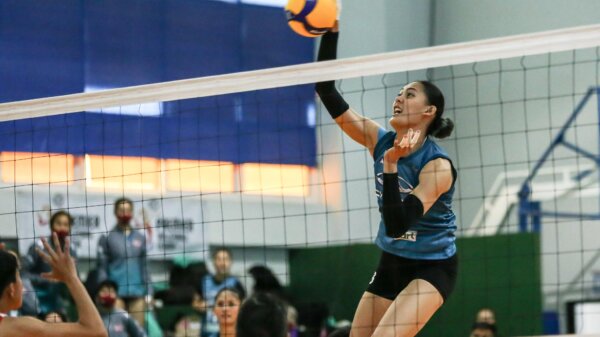