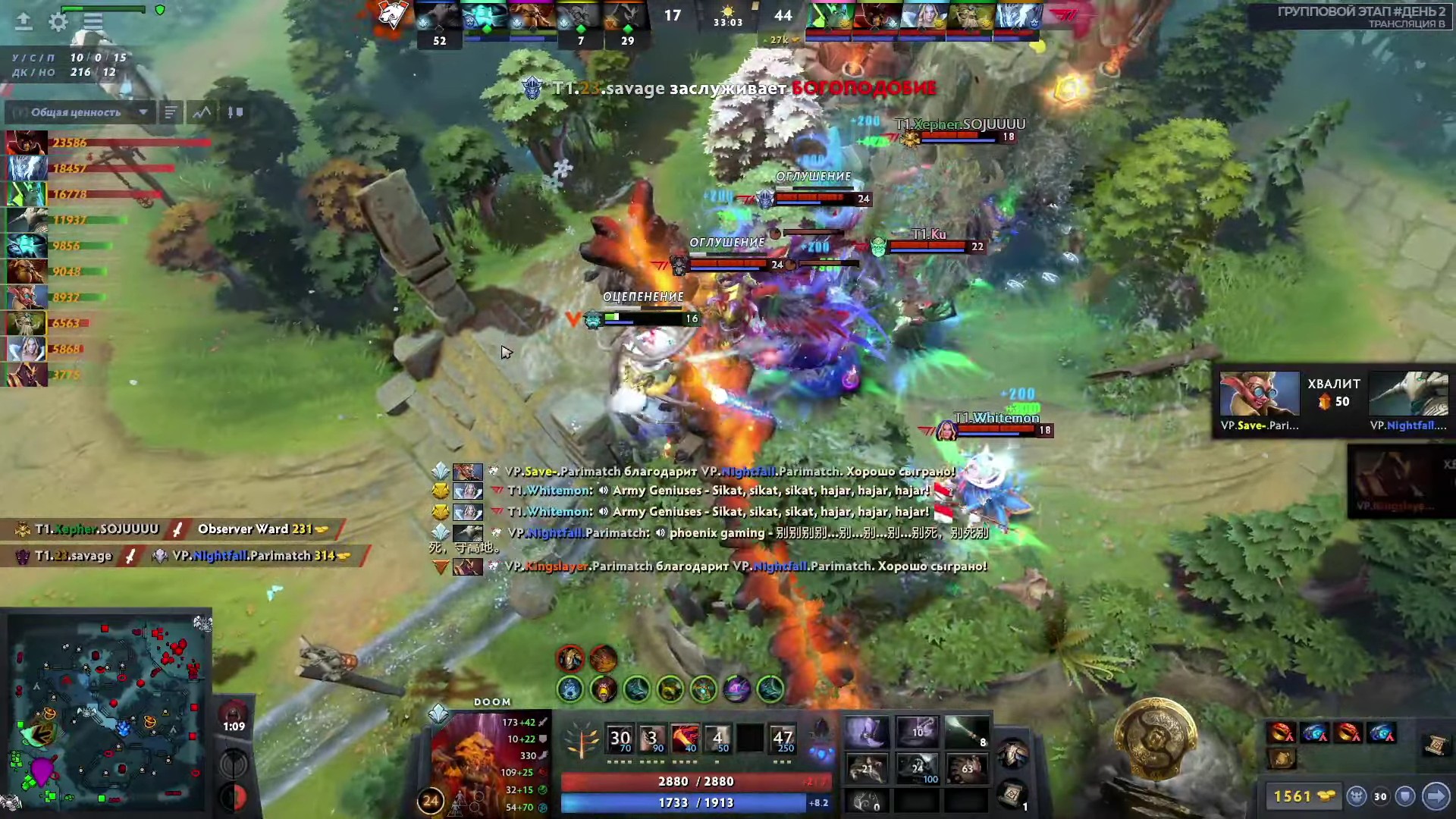 Carlo “Kuku” Palad and T1 finally nabbed their first win at the expense of Virtus.pro before losing badly to reigning two-time champion OG on the second day of The International 10 group stage, Saturday.

The South Korean squad opened Day Two with a huge 2-0 win against Virtus.pro, but was manhandled by the defending champs via sweep.

Still, the win against Virtus.pro placed T1 at the eighth spot in Group A with two points through a 1-0-3 standing.

Abed “Abed” Yusop’s Evil Geniuses, meanwhile, yielded a draw in its lone match of the day against Alliance. This placed the top-ranked North American squad at third place with a 2-1-1 record tied with Undying and Virtus.pro also in Group A.

On the other hand, the Djardel “DJ” Mampusti-led Fnatic dropped two of its first two matches against SG Esports and WePlay AniMajor champion PSG.LGD, before forcing a draw against Quincy Crew.

With this, Fnatic — who entered TI10 through the Southeast Asia regional qualifiers — slipped to the sixth spot in Group B with three points off a 0-3-2 standing.

T1 looks to improve its standing against Team Aster, Alliance, and Undying in Group A while the Evil Geniuses looks to solidify its upper bracket spot against rival OG, Thunder Predator, and Virtus.pro.

Meanwhile, Fnatic will take on beastcoast and Team Spirit after a winless Day Two.