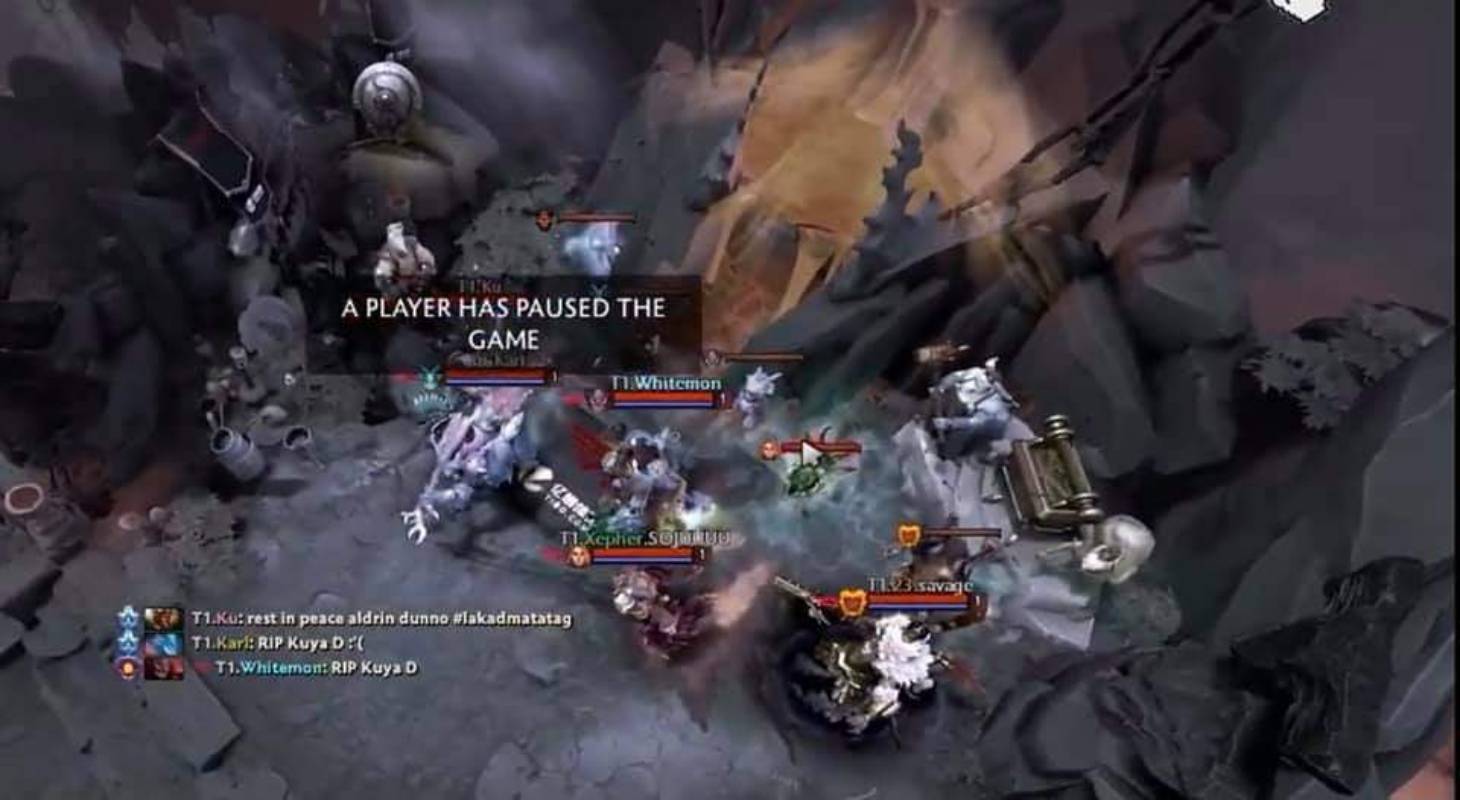 Facing Alliance in the best-of-three playoffs of the 2021 ESL One Fall, the South Korean squad paused Game One past the one-minute mark with Kuku sending out a message to everyone.

Dunoo has always been one of the biggest critics of his good friend Kuku’s game. Both of them also engaged in friendly banters on social media from time to time.

Aside from this, Dunoo, Kuku, and Karl go way back as the former was able to cover the iconic duo’s games dating back to their Dota days.

Meanwhile, Whitemon is one of the most beloved foreign players in the Philippine Dota 2 community.

The 21-year-old hard support, who became a huge hit in social media after singing the Tagalog version of explicit song Ignition, sang a cover of Sam Concepcion’s Dati with Dunoo and LuponWxC shoutcaster Erika “Aki” Ilar.

In a fitting end to the match, T1 managed to turn back Alliance via a reverse 2-1 sweep to advance to the second round of the lower bracket.

T1 will next face Beastcoast later in the day at 8:00 PM.