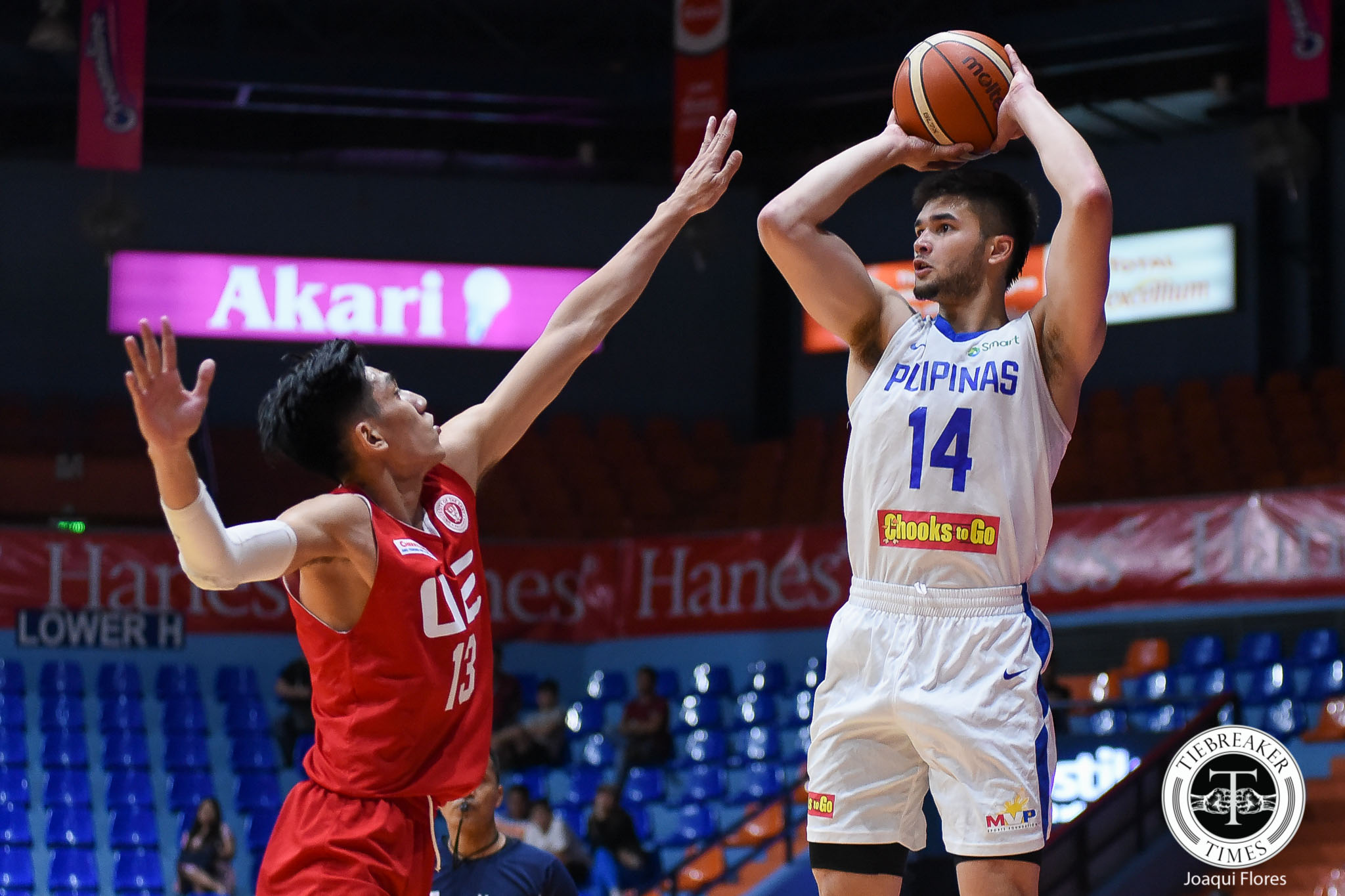 Reports surfaced on Friday regarding the Gilas Pilipinas pool for the 2019 Southeast Asian Games.

The 22-year-old Paras expressed his gratitude to the federation for including him in their shortlist and for giving him another chance to represent the Philippines.

“I’m just really happy. As you guys know, I was the youngest last time during the last SEA Games,” shared Paras, who was part of the 2017 SEA Games team that won it all in Kuala Lumpur. “So hopefully, the SBP and the coaches give me another chance. Representing the country is the one thing I love to do.

“I’m just glad that I’m part of the pool and, hopefully, by the 30th, they could name the team.”

This year, the SBP is looking to field a stacked lineup, as the games will be held in Manila. Two of the pros included in the pool are Christian Standhardinger and Stanley Pringle — two players classified as naturalized players by the International Basketball Federation (FIBA).

For Paras, though, the regional meet is the best way for the country to showcase its best up-and-coming talent. He hopes that he and the seven other amateurs would be shoo-ins for the meet.

“Sa akin naman, I think that lahat ng collegiate na kasama diyan needs to be part of the team. Because I saw an interview that they want to mix and match the amateurs, but it’s way better na amateurs be in front right now,” said the second generation star after UP’s 62-56 win over UE.

“You know, like the saying goes, ‘the kids are the future.’ Hopefully, they could help us amateurs be in the spotlight and represent the country. It’s a once-in-a-lifetime thing to do that. Hopefully, yun yung mangyari, but whatever they choose, para sa bayan naman ito.”

Jaydee Tungcab does the dirty job for UP’s alphas