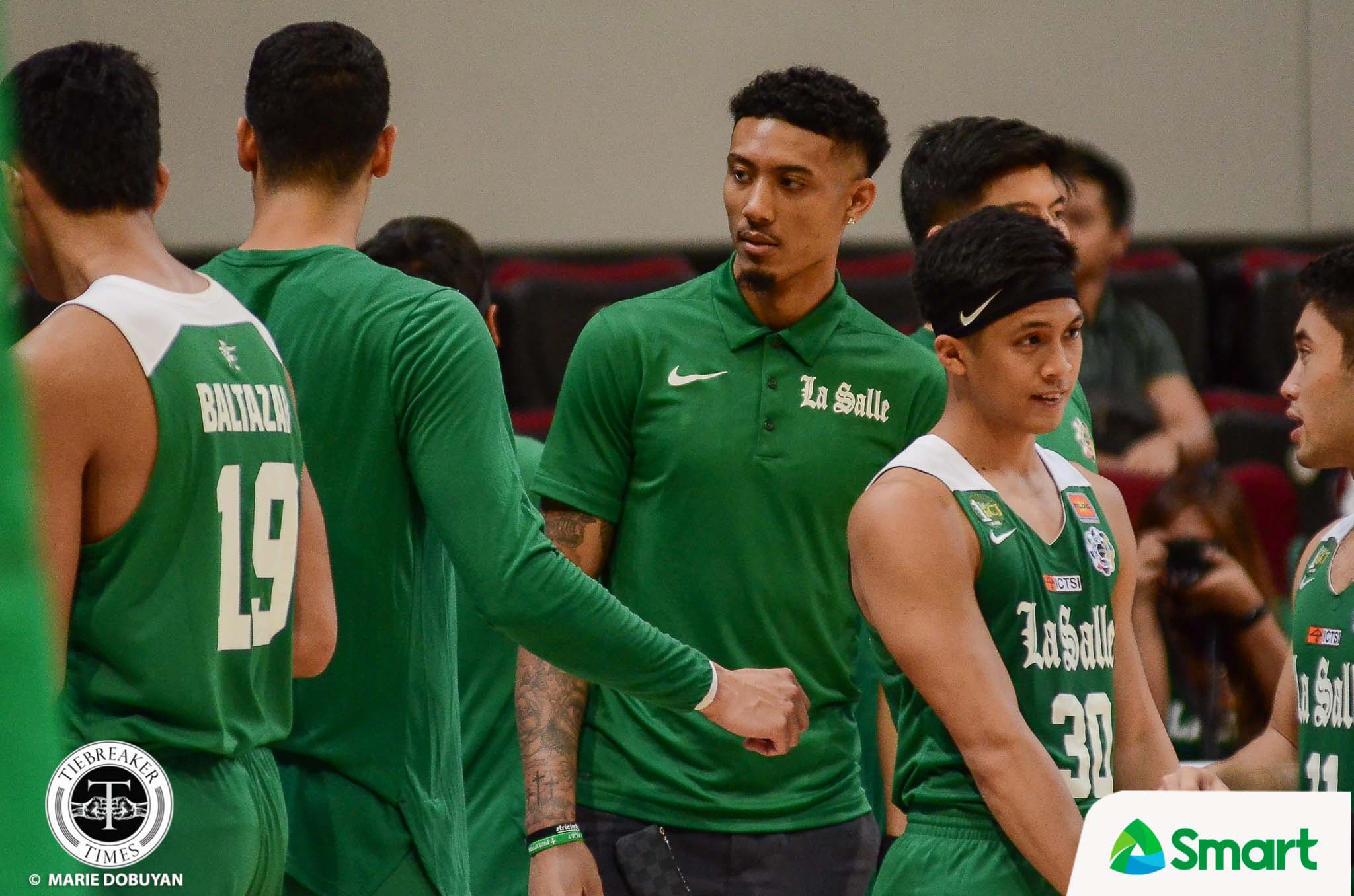 Just before their tip-off against the UE Red Warriors, De La Salle University suffered a big blow that escalated to second defeat of the UAAP Season 82 Men’s Basketball Tournament.

One of La Salle’s key players, Jamie Malonzo, and his teammate, Keyshawn Meeker, were ruled out of the contest due to injury.

Malonzo had minor wrist sprain, and could only watch his team suffer a heartbreaking 88-89 defeat at the hands of the Red Warriors.

“It happened during the last game. I think the coaches, they went back to watch the last game and check how many times I fell. It was about eight to nine to ten times. (The injury) is in one of the falls but I mean, it’s minor,” explained the Portland State alumnus.

While his presence on the floor may not have guaranteed the win, his inability to play lessened the burden for the Red Warriors. The 6-foot-7 forward could only witness the latest setback from the sidelines as his comrades went so close to a much-needed win.

“Very disappointing. A lot of my teammates are heartbroken,” said Malonzo.

“I’m very heartbroken for them because they played a hell of a game. But games like that, we can learn from and having that edge, we’ll come back out competing even harder in these next few games.”

For his part, La Salle’s active consultant Jermaine Byrd does not want to make a big fuss of his player’s absence from the fixture.

“I’m looking forward to both his and Keyshawn’s return. Jamie’s a big part of this team but we’re not gonna use that as an excuse. I still like the team that we’ve assembled. I still like the guys that we have. We just had a tough, heartbreaking loss, but that’s a part of basketball,” said the former G-League mentor.

“That’s the growing pains of basketball.”

Still, with the likes of FEU and Adamson on the horizon,La Salle needs Malonzo’s return to come sooner rather than later.

Alex Diakhite does not take doctor’s advice, makes it count for UE