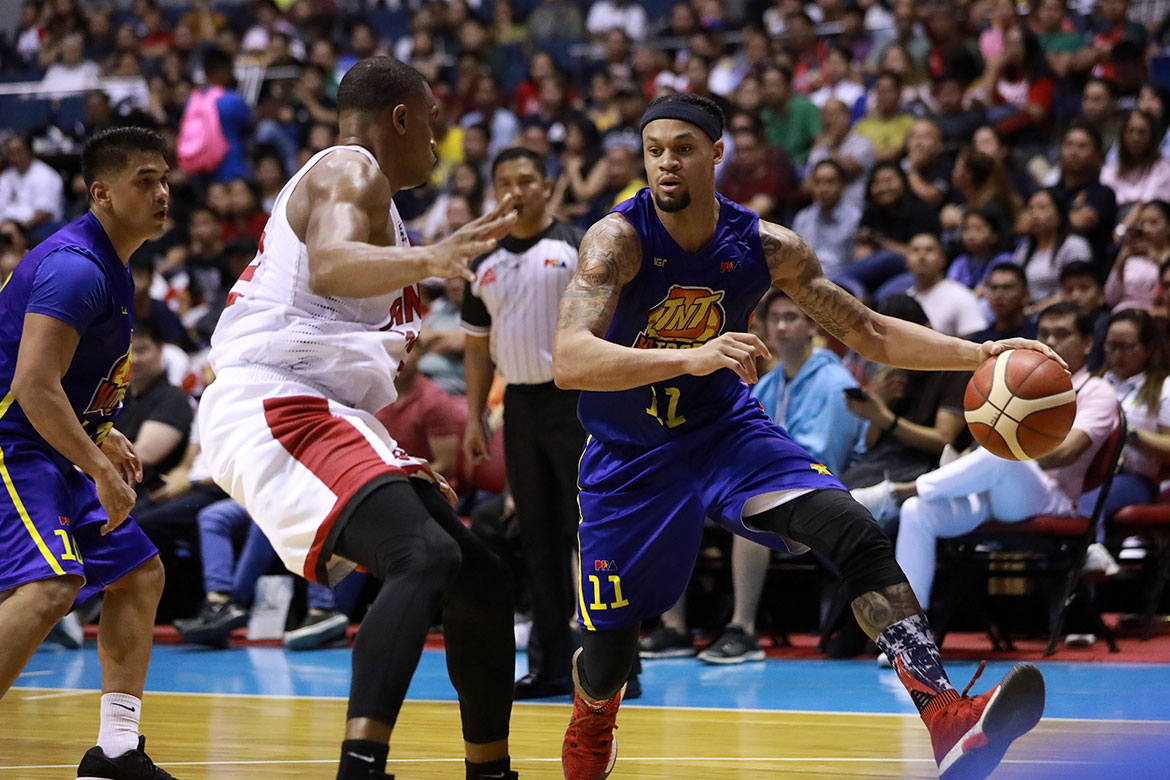 With his TNT down 92-94 in its 2019 PBA Governors’ Cup match versus Barangay Ginebra San Miguel on Friday night, KJ McDaniels had the opportunity to tie the game with a trip to the line with 10.3 seconds left.

He calmly made the first one, cutting the deficit to just a point. But his next shot rattled in and out of the rim.

That proved to be the beginning of the end for the KaTropa in the match between the conference’s title contenders.

Nobody from the Texters caught the miss as Japeth Aguilar tapped the ball away. LA Tenorio then saved the ball from sailing out, before Justin Brownlee secured the rock.

Brownlee then made his freebies with 5.8 ticks left. The Gin Kings would go on to bag the 96-93 win.

Still, McDaniels — who finished with 32 points and 12 rebounds — just shrugged off his costly miss.

“It is what it is. It’s basketball. You win some, you lose some. You just gotta come back stronger the next game,” he said.

“A lot is on me in the end and I have to go back and watch the film.”

“It’s always fun to go against one of the best players in the league,” he said.

“That’s what he is — he’s one of the best players I got to play against, and he brings out the best in the players.”

The KaTropa have now absorbed their second loss in a row after starting the season-ending meet with seven straight wins. They also fall to second in the standings behind NLEX Road Warriors (7-1).

For McDaniels, it all boils down to better execution and not letting their foes come back from deficits — TNT once led Ginebra by eight, only for the latter to rally and even take a 14-point lead.

“I feel like we’re giving good effort. We just gotta come out and just be able to execute down and get stops and not let teams back in the game when we have a big lead.”

Japeth Aguilar steps up for Slaughter: ‘It’s been a while na nag-start ako’