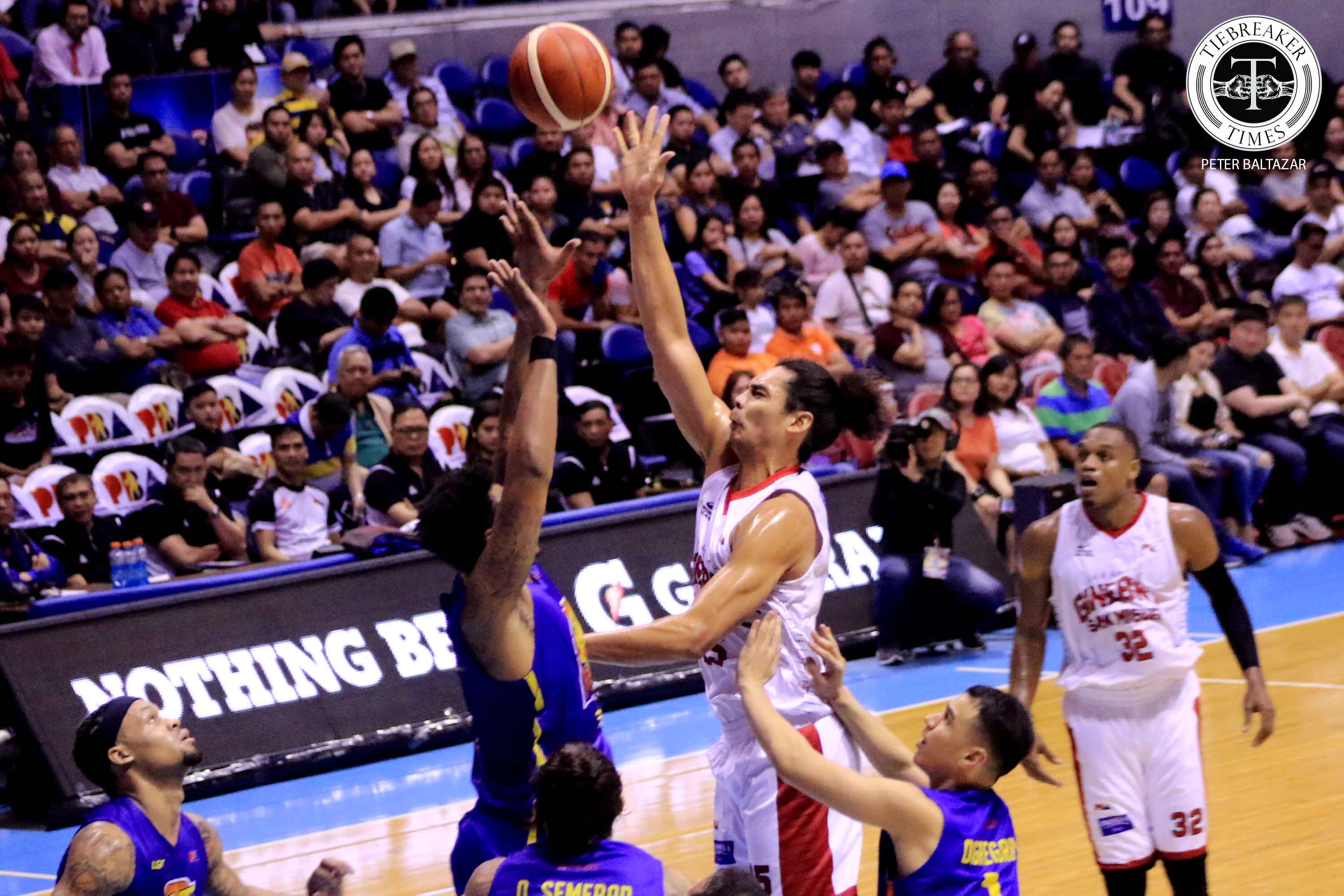 The Gin Kings fought back from an early eight-point deficit and even took a 14-point lead, but had to hold off a gutsy stand by the KaTropa down the stretch before bagging home the win.

Ginebra atoned for its 77-101 loss to the Meralco Bolts last Sunday and improved to 6-3 to punch a quarterfinal berth.

“That was a huge win for us. Really a must, must-win. I’m happy to get it,” exhaled coach Tim Cone. “Even though we didn’t play well in the last two minutes, we were able to pull it out.”

The Barangay were up 92-82 with four minutes to go in the match but the KaTropa unloaded 10 straight points — ended by a Roger Pogoy trey — to tie the game up at 92-all with 31.5 seconds left.

Stanley Pringle, though, came through for the crowd darlings, shaking off the defense of KJ McDaniels before driving in for a lay-up to give Ginebra a 94-92 lead with 15.6 ticks remaining.

McDaniels had a chance to redeem himself five seconds after Pringle’s shot by tying the game as he got sent to the foul line, but the former NBA cager missed his second free throw.

And the KaTropa never recovered since. Japeth Aguilar tapped the missed shot away, and LA Tenorio was there to save the ball from going out of bounds before Justin Brownlee secured it.

Brownlee was fouled with 5.8 seconds left, and he calmly sank his freebies to widen Ginebra’s lead to three. TNT tried to tie the game one last time but Parks Jr.’s shot from deep missed.

“We were fortunate that McDaniels missed the free throw and we were able to get it. Great save by LA,” Cone said.

Aguilar top-billed for Ginebra with a conference-high 29 points along with 10 rebounds and two assists as he stepped up in the absence of Greg Slaughter, who’s out due to a dislocated thumb.

Brownlee made 24 points, 16 rebounds, and six assists, Tenorio fell short of his own double-double with 19 points and nine boards, while Pringle supplied 14 markers, five caroms, and four dimes.

McDaniels had 32 points, 12 rebounds, and six assists to lead TNT, who absorbed its second straight loss and fell to 7-2, enabling NLEX Road Warriors (7-1) to seize the lead in the standings.

Pogoy made 23 points spiked by five triples along with six rebounds, Parks Jr. provided 17 points, while Troy Rosario added 13 markers and 10 rebounds off the bench in the defeat.